Erlanger Street in Olde Towne Slidell is named after a prominent historical figure who had some deep connections with European financiers and the development of the railroad throughout the South.

The personal history of Barron Frederick Emile d'Erlanger was discussed in a February 2016 article in the North Kentucky Tribune newspaper. It was written by Paul A. Tenkotte, a researcher exploring the history of Erlanger, Kentucky. Here it is reprinted as a highlight connected with Slidell History.

Our Rich History: Erlanger and the d’Erlanger and Churchill families — unraveling a historical puzzle
Feb 22nd, 2016 - by Paul A. Tenkotte 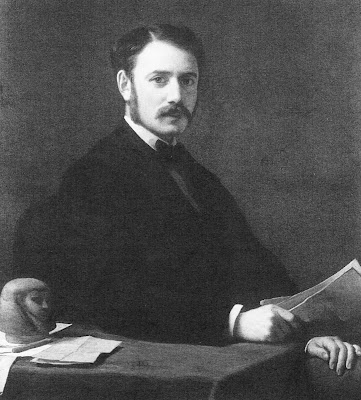 The hefty package in my mailbox in Spring 1985 bore the return address of Mrs. Winston Churchill of Broadwater House in England. I anxiously unwrapped the contents and found therein a copy of Baron Emile B. d’Erlanger’s Quelques Souvenirs de France (Some Memories of France). The unraveling of an historical puzzle had begun.

I had long wondered whom Erlanger, Kentucky, was named for. Myths abounded, so I was determined to search for the truth. The historical journey surprised all of us.

The Erlanger family had deep roots in Germany, France, and Great Britain. It had been one of the world’s premier banking families. In fact, as investment bankers, the Erlangers played a vital role in financing large projects throughout the British Empire. Its clients included Cecil Rhodes, the British South Africa Company, the Confederate States of America, railroads throughout the world, and the Austro-Hungarian, Greek, Norwegian, Portuguese, Prussian, and Swedish governments. Their investments spanned five continents—Africa, Asia, Europe, North America, and South America.

Löb Moses (1780–1857) Erlanger moved to Frankfurt am Main in today’s Germany in 1816. There, he earned his fortune as an exchange broker. The family, originally known as “von Erlanger,” was Jewish, like many of the premier banking families of Europe.

Ludwig’s son, Baron Raphael von Erlanger (1806–1878), converted to Christianity. Raphael also worked as an exchange broker and, by about 1840, founded a bank in Frankfurt am Main. By 1865, the family’s banking operations were known as “von Erlanger & Söhne” (“von Erlanger and Sons”). From Frankfurt am Main, they eventually opened branch operations in Vienna, Austria; Paris, France; and London, England.

There he began referring to himself by the French name “d’Erlanger.” In France, he met his future wife, Marguérite Mathilde Slidell, the daughter of John Slidell, the Confederate States of America’s commissioner to France.

Mathilde and her father left Cuba for Europe aboard the Trent, a British mail ship. In November 1861, Union forces captured the ship. The resulting “Trent Affair” caused an international crisis that almost drew Great Britain into the American Civil War.

Mathilde was permitted to continue to Europe, but her father and James Murray Mason, Confederate commissioner to England, were imprisoned. Finally, British pressure forced Abraham Lincoln’s administration to release them.

Frederick Emile d’Erlanger married Mathilde Slidell in October 1864. She was a Roman Catholic, and they raised their four sons as Catholics. In 1870, the d’Erlanger family left Paris during the Franco-Prussian War for London, England. In London, their banking operations became known as “Erlangers Limited” in 1928.

Upon the death of his father in 1878, Frederick Emile’s younger brother, Ludwig (1836–1898) became chief of the Frankfurt and Vienna operations, which were eventually sold in 1904.

The Erlanger family floated the only foreign loan to the Confederate States of America, called the “Erlanger Loan.” In addition, they financed the second transatlantic telegraph cable. Completed in 1869, it connected France to the United States. In 1882, Frederick Emile d’Erlanger became a member of the board of the Channel Tunnel Company, and its Chairman in 1901.

After the Civil War, Frederick Emile d’Erlanger gained majority control over more than 1,100 miles of railroads in the American South, including the Alabama Great Southern, and the Cincinnati, New Orleans and Texas Pacific Railway (CNO&TP). The CNO&TP leased the municipally-owned Cincinnati Southern Railroad, connecting Cincinnati, Ohio to Chattanooga, Tennessee. 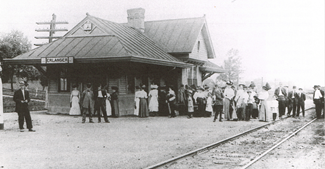 The Erlanger Depot, circa 1910. Source: Wayne Onkst, ed., From Buffalo Trails to the Twenty-First Century: A Centennial History of Erlanger, Kentucky.

The Cincinnati Southern, completed in 1877, crossed the Ohio River at Ludlow, Kentucky, and then began a steady climb up the hills of Kenton County. At what is now Erlanger, Kentucky, a train depot was built, along with a reservoir. Both were named Greenwood Lake for Miles Greenwood, President of the Board of Trustees of the Cincinnati Southern Railroad. The reservoir supplied water for the railroad’s steam engines. 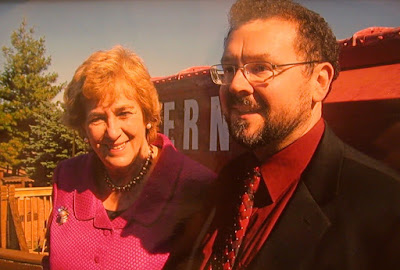 In the early 1880s, the citizens of Greenwood Lake applied to the federal government for a post office, but the overused name of Greenwood was rejected. Consequently, the residents suggested the name Erlanger, in honor of Frederick Emile d’Erlanger.

During an 1889 trip to the United States to examine his railroad holdings, Baron d’Erlanger donated $5,000 to establish a hospital in Chattanooga that bore his wife’s name, Baroness Erlanger Hospital. It is now called Erlanger Medical Center.
Frederick Emile d’Erlanger’s son, Emile B. (Beaumont) d’Erlanger (1866-1939), assumed control of Erlangers Limited.

Following in the footsteps of his father’s interest in the Channel Tunnel Company, Emile B. became a member of the board of the channel project in 1905, and its Chairman in 1911. The Erlanger family remained early and ardent supporters of the famous “chunnel” between England and France, which was finally completed in 1994.

Author note:
Paul A. Tenkotte (tenkottep@nku.edu) is Professor of History and Director of the Center for Public History at NKU.

Link to the original article