One of St. Tammany's premier destination restaurants for the past 45 years was the La Provence Restaurant in Big Branch between Mandeville and Lacombe.  Here are a few pictures taken years ago. For more info about the history of La Provence, its vision and the "back to the farm" philosophy behind it, see article below. 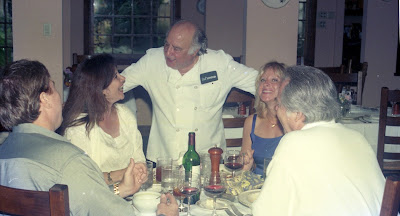 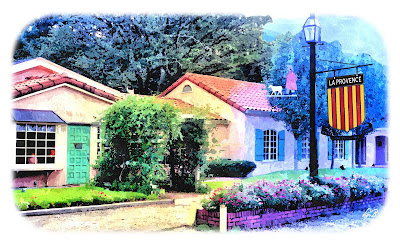 Below is an article from 1973 printed in Pathways Magazine 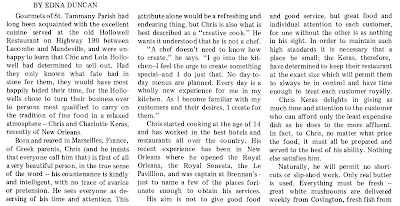 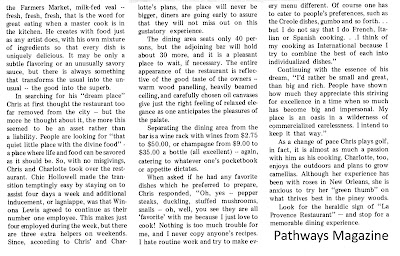 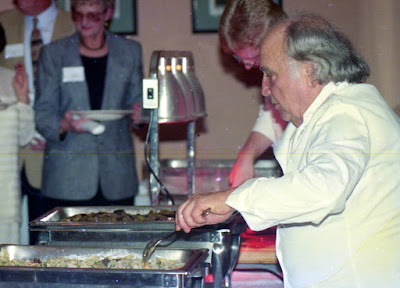 More photos of the interior of La Provence 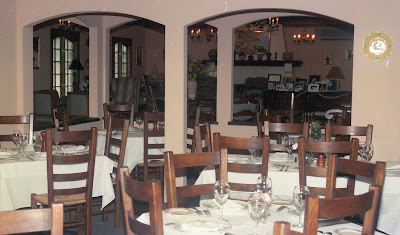 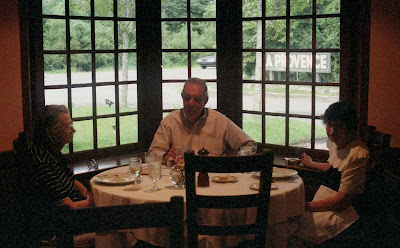 The La Provence was owned by Chef Eric Hunter and Jennifer Pittman Hunter (as of July, 2017). The Hunters came from Texas where they had operated the Fire Oak Grill in Weatherford, Texas. Although born in Texas, Chef Hunter lived in the Mandeville area for a while in his youth. Previously, it was owned by Chef John Besh, who early on was a student of Chef Chris Kerageorgiou, the original owner of the restaurant.

From a 2006 Press Release:
Chef Follows His Roots Back to the Future
John Besh buys La Provence, Chris Kerageorgiou remains the Toque‘n Chef

It was over ten years ago that the ambitious young Chef John Besh arrived at the door step of Chef Chris Kerageorgiou’s  legendary restaurant, La Provence, to be his student, protégé and second in command in the kitchen.  Today he has returned, bringing great promise to the establishment where he got his start. In a move both sentimental and seemingly almost inevitable, Chef John Besh has purchased La Provence in Lacombe from his longtime mentor, making it a part of his growing family of restaurants.

The arrangement represents the fulfillment of a shared dream, re‐connecting Besh in a very real way to the place where he began his career, and providing long‐term security for Chef Chris, who will continue to operate the restaurant in the foreseeable future. La Provence, the acclaimed restaurant that Chef Chris opened in 1972 on a quiet stretch of highway in Lacombe, Louisiana, nearly an hour outside New Orleans, is where John Besh held his first position as a Chef de Cuisine, beginning in 1995.

Chef Chris and La Provence have received numerous prestigious awards including Four Stars from the Mobil Travel Guide, and a coveted 5‐Bean rating from The New Orleans Times‐Picayune. Gourmet magazine has referred to La Provence as “Worth the trip” ‐ and indeed, dignitaries and celebrities from Ronald Reagan to Lindy Boggs have made the pilgrimage.

Besh has done his mentor proud, rising to the top of his field since leaving La Provence.  As he was making his mark on the Northshore, Besh was named Best New Chef by Food & Wine Magazine in 1998; the James Beard Foundation named him Best Chef in the Southeast in 2006. His New Orleans eatery, Restaurant August [opened in 2001], received the highest 5‐Bean rating from The Times‐Picayune, and in October 2006 August was honored in Gourmet magazine’s “Guide to America’s 50 Best Restaurants.”
The two chefs have remained close friends over the years, often spending holidays together.   For Besh, taking over the business and allowing Chef Chris to do what he does best will contribute to his mentor’s well‐being.  For Chef Chris, John Besh is the only chef of the next generation to whom he could entrust his restaurant. As he says, “This is what every restaurateur dreams of; John Besh, my protégé, continuing my vision for La Provence long into the future.”  As Besh agrees with a smile, “Chef Chris and I have discussed this for years, and it’s very exciting for us both to see the realization of our passion come true.”

Chef Chris died in 2007, a year after the above press release was written.

To view a video about the restaurant produced by Channel 13 "Summer Video Institute" students, CLICK ON THE IMAGE BELOW:


Unfortunately, after 46 years in business at that location, the restaurant closed in April of 2018. For more information, click here for an article in the New Orleans Advocate.

La Provence May Re-open as Motel, Serving brunch
Posted by Ron Barthet at 5:00 AM