The old time Frosch Barber Shop on Girod Street in Mandeville has served generations of area residents. Newell Frosch entered a New Orleans barber school in 1937, trained for 12 months there, then finished his apprenticeship in Mandeville spending six months with Claude Poirson. His first barber shop was on Monroe St., but he moved to the current barber shop location in 1942. 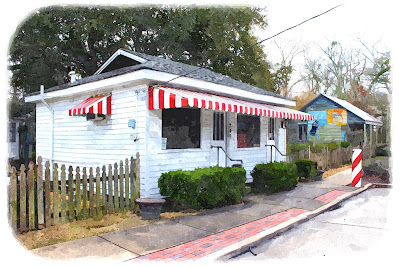 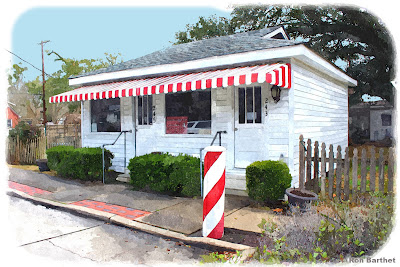 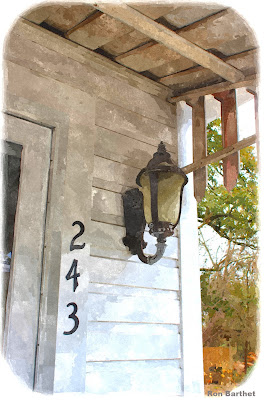 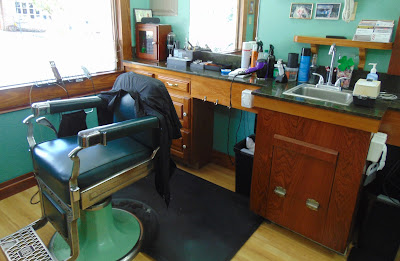 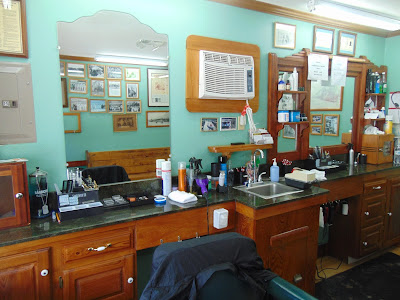 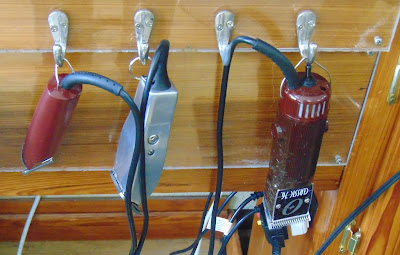 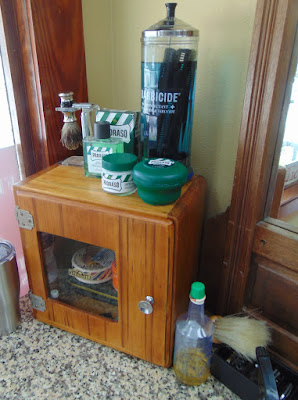 Newell was later joined in the business by his son Lenny Frosch and then by his grandson Bryan. 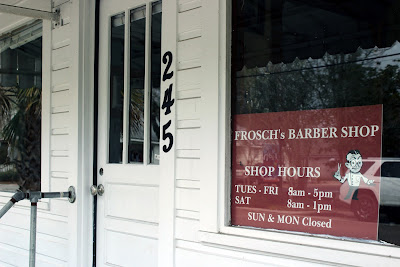 Here are some photographs on the walls of the establishment. 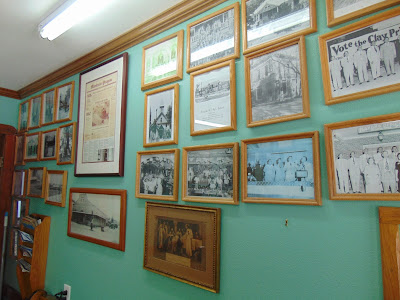 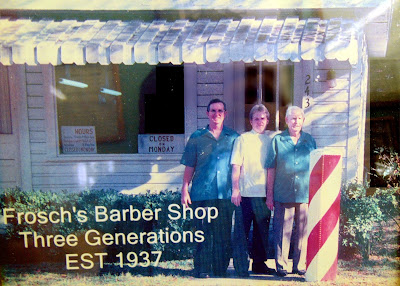 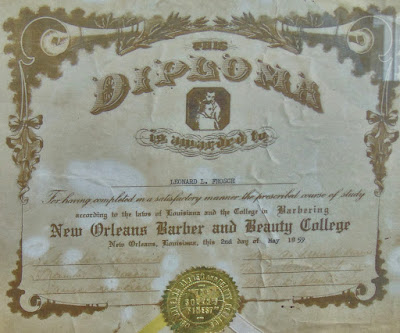 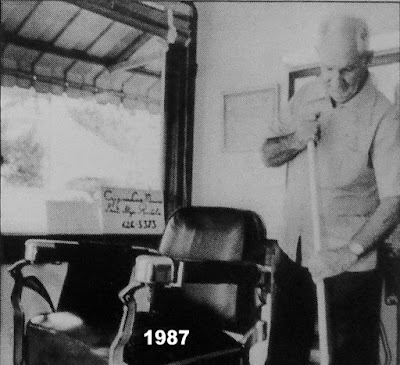 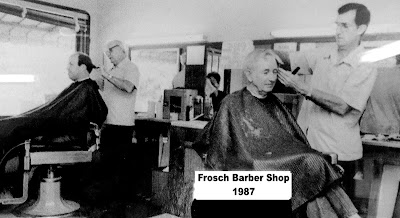 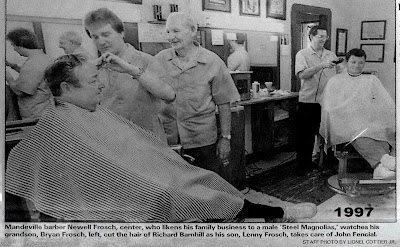 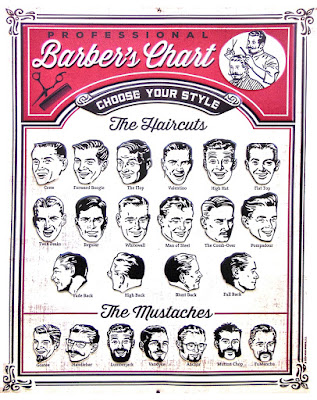 Here is a reprint of the article in the News Banner written by Suzanne Le Breton commemorating the 75th anniversary of the barber shop in 2012. Click on the images to see a larger and more readable version. 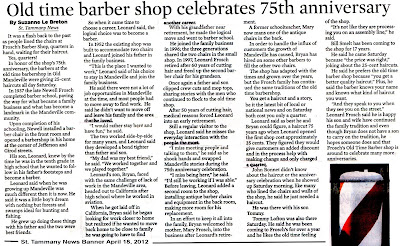 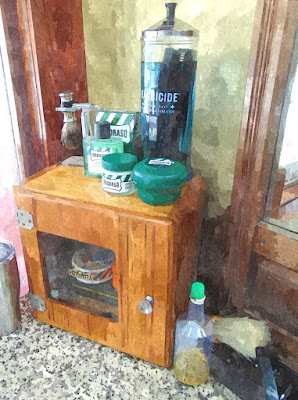