Here are some photographs from the May 1, 2010, opening ceremonies for the Covington Trailhead Museum & Visitors Center. 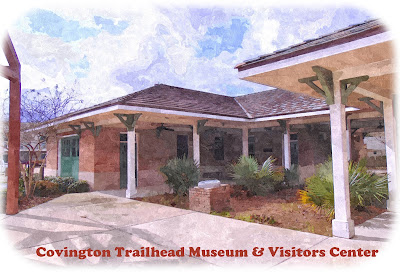 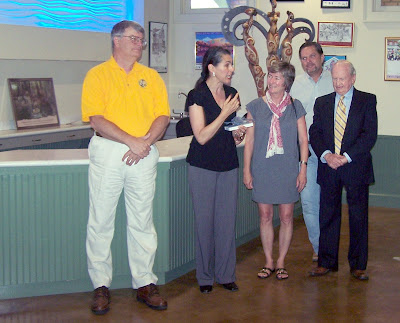 Mayor Candace Watkins, center, emceed the opening ceremony for the Covington Trailhead Museum. Comments were made by Jan Robert, on her left, and Lee Alexius, at left. Exhibits were made possible by a grant from the Dave and Dorothy Blossman Fund. Lee Spence, a trustee with the Fund, is standing at right. 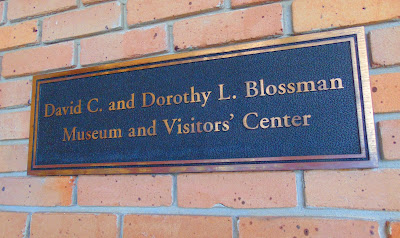 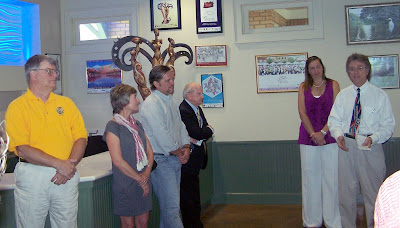 Dale Smith, at right, made several comments at the opening ceremony for the Covington Trailhead Museum. 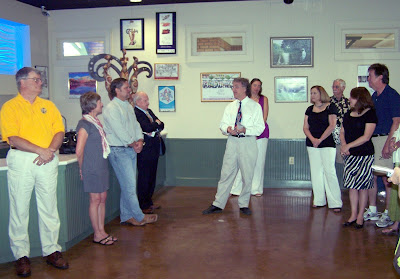 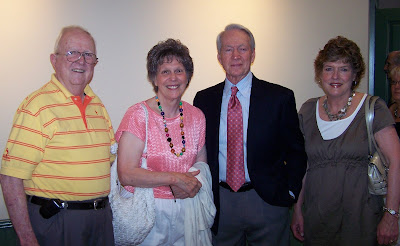 Among those attending the ceremonies, from left, Art and Gail Lemane, Fred Blossman and Karen Courtney. 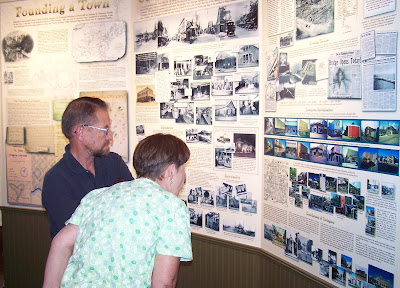 Checking out the display boards 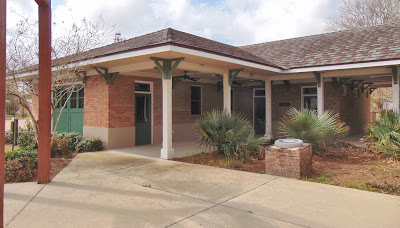 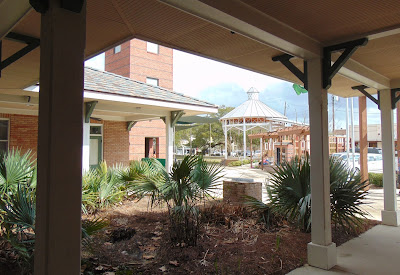 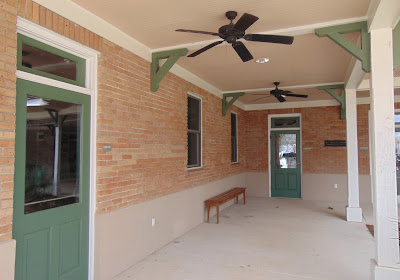 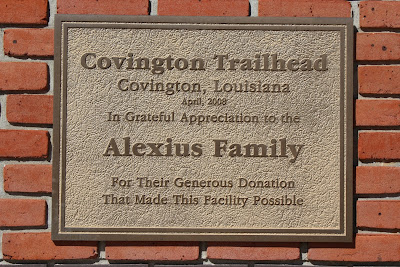 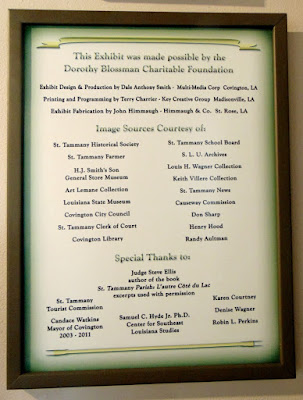 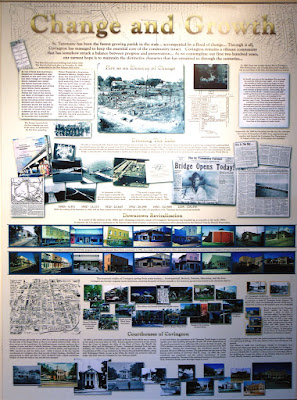 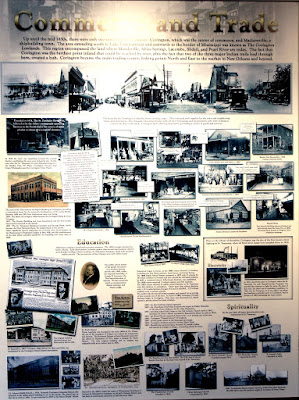 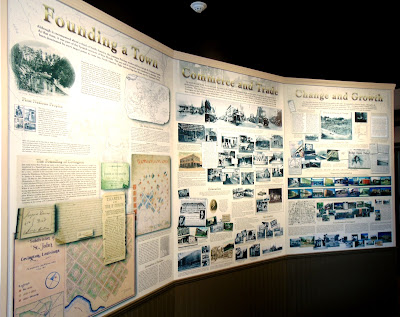 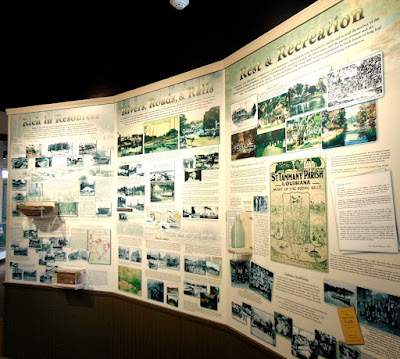 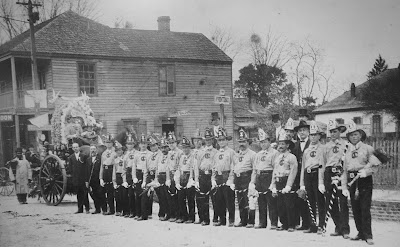 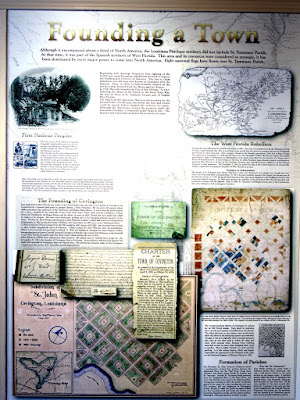 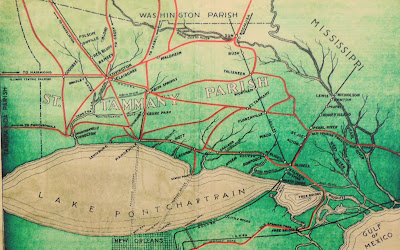 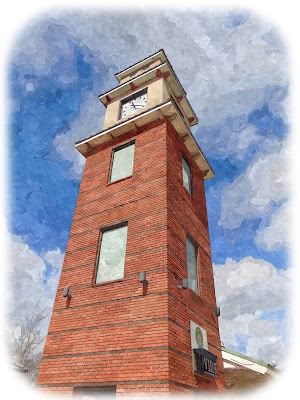 Looking for the museum? Just look for the clock tower. 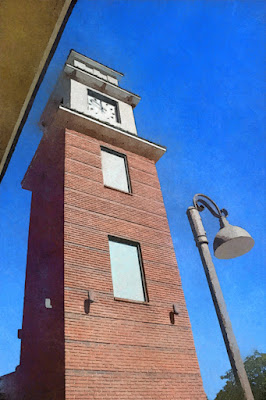 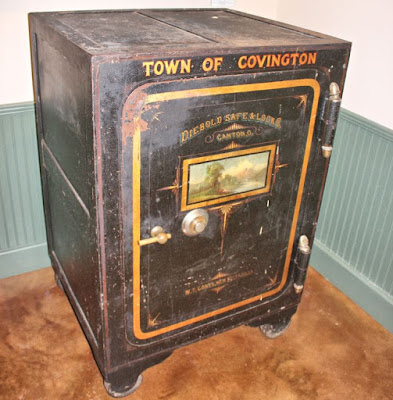 The Covington Police Department donated this old safe to the trailhead visitor's center.
Covington Trailhead
The city held groundbreaking ceremonies for the new Covington Trailhead on Thursday, September 27, 2006. Mayor Candace Watkins and the Covington City Council were on hand to launch the construction project that would bring a clock tower, a covered pavilion, and a circular performance stage, to the area, all with design motifs reminding visitors of the importance of trains and the depot in the development and growth of the city. 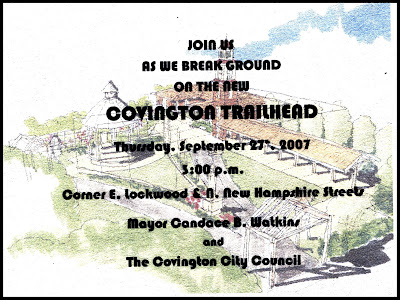 Several months later the official ribbon cutting and grand opening ceremonies were held for the $1.6 million Trailhead complex. The ribbon was cut at 5:30 p.m. on Friday, May 30, 2008. 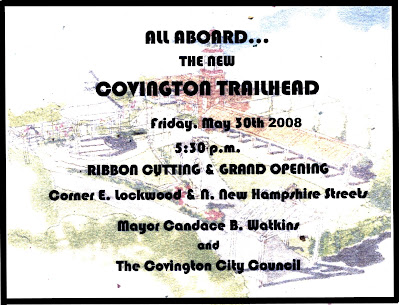 Those in attendance sang the national Anthem, St. Peter's Boy Scout Troop No. 160 raised the flag,  and a number of bicyclists were standing by to celebrate the newest addition to the western end of the Tammany Trace recreational bike trail. 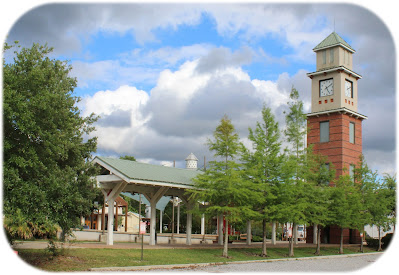 Covington Candlelight Caroling at the Trailhead

Give NOLA Day at the Covington Trailhead