In November of 1993, the Bayou Lacombe Museum dedicated a new section to recognize the contributions made by Lacombe area military veterans. The November 18, 1993, article below from the St. Tammany Farmer newspaper tells the story. Click on the images below to make them larger. 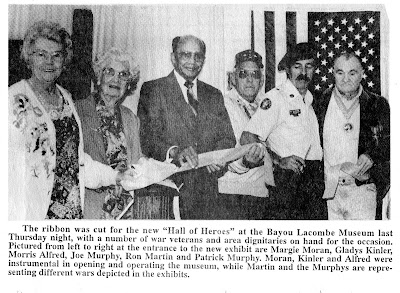 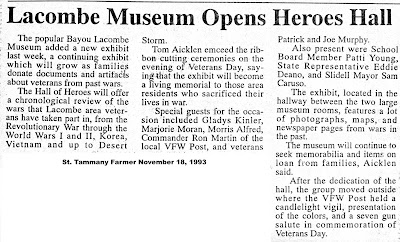 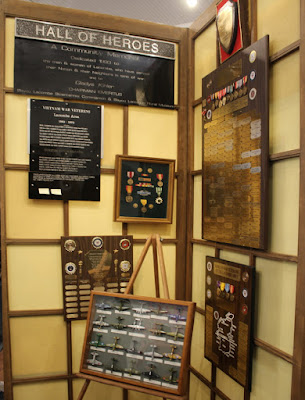 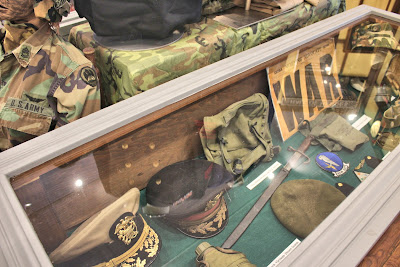 The museum is located at the corner of St. Mary and 14th Streets and was made part of the National Registry of Historic Places in 1990 as the "Lacombe School."

Here is the text from a part of the application to be placed on the National Registry (with some editing):

The Lacombe School is of local educational significance because it was the only means of receiving an elementary education within the community. The period of significance spans from 1913, when classes began, until 1940. (The school continued in the same role well into the post World War II era; hence the fifty year cutoff is being used for the ending date.) 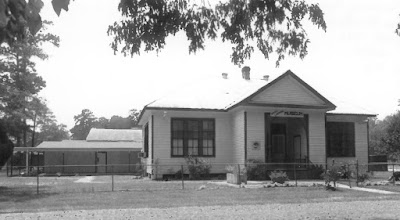 The Lacombe School was established through the generosity of John H. Davis, Sr., who is generally regarded as the "father of Lacombe.11 Davis had the small settlement surveyed in 1908 under the name Oaklawn, but in 1910 the postal authorities-denied the use of this name because of its similarity to another post office name. The post office instead was given the name Lacombe, after Bayou Lacombe, where the village is located. The economy of the community was based on lumber, agriculture and brickyards.

Realizing the need for a school for Lacombe, Davis in July 1912 donated land for said purpose and provided for the construction of a building. During the period of significance, grades 1-6 were taught by either one or two teachers.

The school was the only one in the community, and had it not existed, children would have had to go to either Mandeville or Slidell (8 and 10 miles respectively). While such a distance is negligible today, one must remember that rural roads of the period were gravel and automobiles moved slowly. Such an obstacle would have prevented many children from attending school on a regular basis. 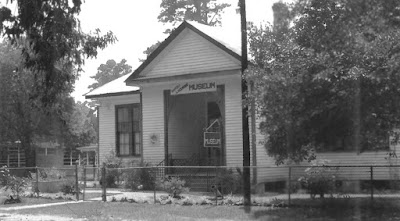 Although there are no attendance records for the Lacombe School, photos of graduating classes and recollections of former students indicate that enrollment was anywhere from a dozen or so in the early years to around forty in the late '30s. One room of the Lacombe School was still being used for educational purposes as late as 1986.

The Lacombe School (1913) is a one story, two room, frame schoolhouse located on the Lacombe Junior High School property in the old residential section of the small community. The modern junior high complex is linked to the old building by means of a covered walkway. The old school itself is very well- preserved, but there has been a noticeable side wing attached at the rear. 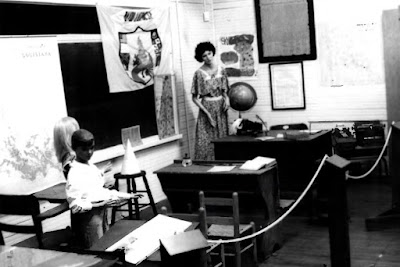 The Lacombe School is a plain building with a hipped tin roof. The principal feature of the facade is a pedimented entrance porch with cloakrooms on either side. The open space between the cloakrooms is highlighted by curving brackets. There are two doors, one leading into each classroom. Windows are grouped in sets of three. Sometime in the 1930s two restrooms and an office were added to the rear. They were serviced by a open hallway running parallel to the main building. In the 1940s a side lunchroom wing was attached at the southeast (rear) corner abutting the restroom/office addition.

The other end of the once open hallway between the school and restroom/office addition has since been filled in with a door. The beaded board interior basically retains its historic appearance. The building is .now being used as a museum, and some of the wall surface is obscured by removable exhibit boards. The old school dominates and would immediately be recognizable to its students during the historic period.

NOLA.com article about the museum building

theadvocate.com article about the museum
Posted by Ron Barthet at 3:00 AM