A special art exhibit called "Roy Robinson Retrospective" was held at the Abita Springs Trailhead Museum recently, featuring a number of his watercolor landscapes, slice of life people scenes, and, of course, samples of his cartooning. Roy passed away at age 97 in January of this year, and he was still regularly producing cartoons. 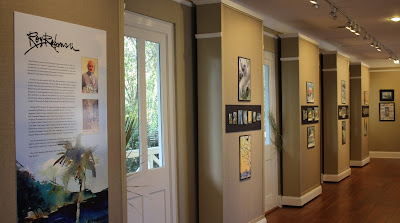 His cartoons done for Covington area lawyer Maurice Le Gardeur are well-known through their weekly publication in the St. Tammany Farmer newspaper as "Mona's Law," the story of a sharp-tongued legal secretary and her cat. Cat lovers appreciate the cat humor, and attorneys appreciate the courthouse humor. His cartoons are known for their quick, lean lines and fluid watercolor technique. 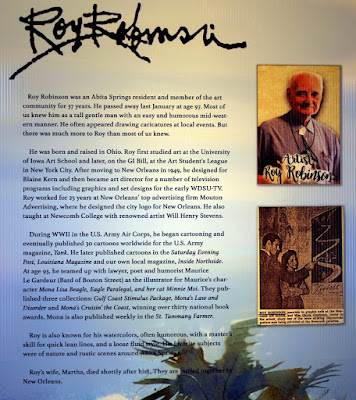 In a biography detailing Robinson's life, the museum noted that Roy Robinson was an Abita Springs resident and member of the art community for 37 years.  Most knew him as a tall gentle man with an "easy and humorous mid-western manner." He often appeared drawing caricatures at local events.


He was born and raised in Ohio. Roy first studied art at the University of Iowa Art School and later, on the Gl Bill, at the Art Student's League in New York City. After moving to New Orleans in 1949, he designed for Blaine Kern and then became art di­rector for a number of television programs including graphics and set designs for the early WDSU-TV. 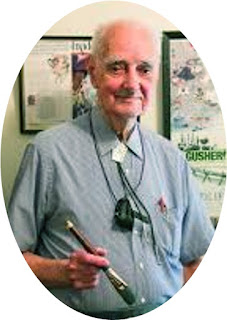 Roy worked for 25 years at New Orleans' top advertising firm Mouton Advertising, where he designed the city logo for New Orleans. He also taught at Newcomb College with renowned artist Will Henry Stevens.

During WWII in the U.S. Air Corp, he began cartooning and eventually published 30 cartoons worldwide for the U.S. Army magazine, Yank. He later published cartoons in the Saturday Evening Post, Louisiana Magazine and a local magazine Inside Northside.

At age 93, he teamed up with lawyer, entrepreneur, and humorist Maurice Legardeur (who is also known as the Bard of Boston Street for his poetry) to be the illustrator for Maurice's character Mona, Lisa Beagle, Eagle Paralegal, and her cat Moi. They published three book collections of the cartoons: Gulf Coast Stimulus Package, Mona's Cruisin' the Coast and Mona's Law and Order, winning over thirty national book awards.

Roy was known for his watercolors, often humorous, with a "master's skill for quick lean lines, and a fluid loose style." His favorite subjects were of nature and rustic scenes around Abita Springs. Roy's wife, Martha, died shortly after him. They were buried together in New Orleans.

Here are some photographs of the exhibit. Click on the images to make them larger: 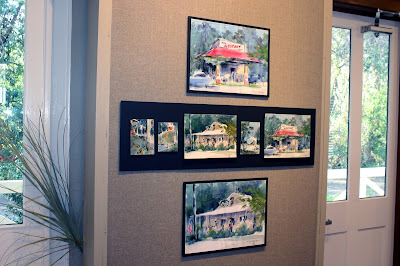 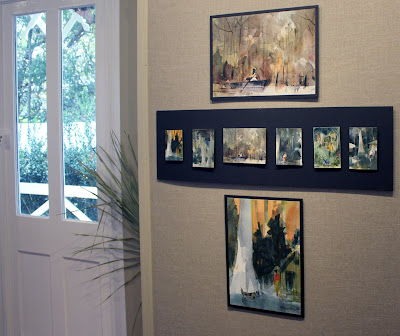 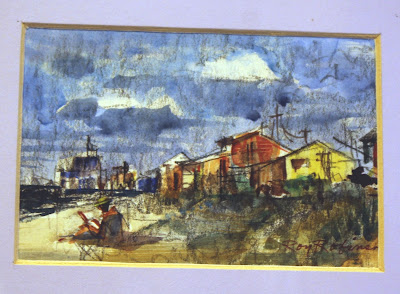 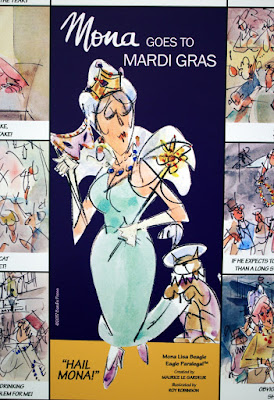 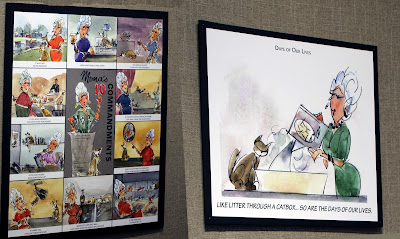 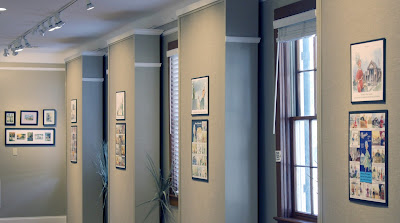 Roy was a great example of the large and prolific art colony in St. Tammany Parish. His ability to produce art on a regular basis was well-known, but he also succeeded in packaging and marketing his art. That's always a handy skill for artists. While St. Tammany is known for its many "talented young people," Roy was truly a representative of the many "talented older folk" who also inhabit St. Tammany. Drawing award-winning cartoons in your nineties goes a long way in saying that one's art is not only appreciated now, but its impact will continue on through the years.

The books produced and published by Robinson and Le Gardeur have won quite a few awards. 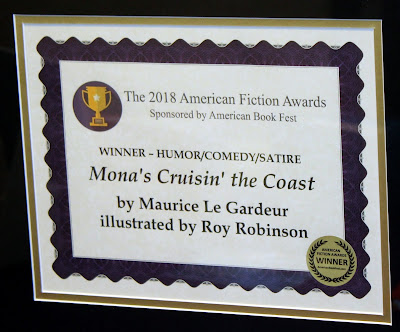 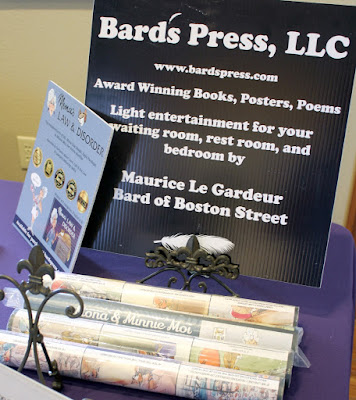 In commemoration of Robinson's work, Maurice Le Gardeur wrote this tribute to the artist and cartoonist. It was on display at the exhibit. 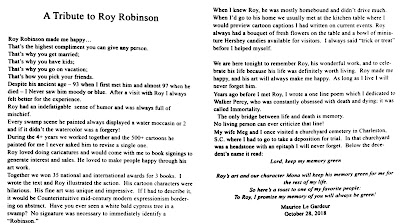