Covington Attorney Jeff Bratton was born in Little Rock, Arkansas, and went to high school in Camden, Arkansas, which is located north of the Louisiana state line near Ruston. In high school he played on the football team and upon graduation in 1955, he came to the New Orleans area on a football scholarship to Tulane University.

He loved sports, both football and baseball, and that, together with what he calls a "modest amount of talent," he received several college offers, but chose Tulane to study in its undergraduate business school. As soon as he finished the business school, he went into the Tulane Law School to earn a degree to practice law.

While attending law school, he was also graduate assistant football coach for the Tulane football team.  He graduated law school in January of 1963, and, having taken part in the ROTC program at Tulane, he went straight into the Army for two years.  "Never regretted doing that," he said. "That was a great two years.  I learned a lot, and I have great respect for all the armed services."

He was stationed at Fort Eustis, in Newport News, VA, which is the headquarters for the Transportation Corps. His training there was half infantry training and half "moving objects and people using trucks and planes and ships."

His coaching skills were not overlooked there, and he was called into service coaching the football and baseball teams. "Coaching is like any other business, you get to know a lot of people. Quite often in coaching, people who know what you can do will tell others," he said. As it turned out, one of his fellow coaches at Tulane had called ahead to Fort Eustis and let them know of Bratton's skills in coaching, so his reputation preceded him to the base.

His early talents in coaching baseball and football have followed him for years, and while his job during the week is providing legal services for Covington area clients, his weekends found him scouting players for National Football League teams.

"I've done 'personnel evaluation' for several different NFL teams," he said. Among those were Miami Dolphins, Kansas City, New Orleans Saints, Atlanta, and the New York Jets.
At first he was an area scout at the college level, attending college football games not far from home. But at some point he was switched to handing personnel evaluations for pro football players already in the sport.

"You'd observe the college players, write your reports, then sit around the table before the first drafts and discuss how they had done," Bratton explained. "When free agency came into the NFL, they needed updates on all the players already on the field. That's when I started looking at NFL players for possible purchases or trades."

The criteria was the same for all the candidates: Can they play football? "Are they big enough, strong enough, fast enough and intense enough," he replied. He was down in the trenches of the NFL drafting process, weighing the players, measuring their performance, putting them through workouts, and "you look at a ton of film to see what they've done."

Then he'd write the report, and if the kid went on to do well, Bratton was proud of him. "Absolutely, you love to see the players that you evaluated highly go on and succeed. You get to know a lot of nice kids."

Getting to play football is an opportunity that gave many of the young men he evaluated over the years a real shot at success, a chance to do well, and have their families, their high school coaches, and their entire community proud of them. 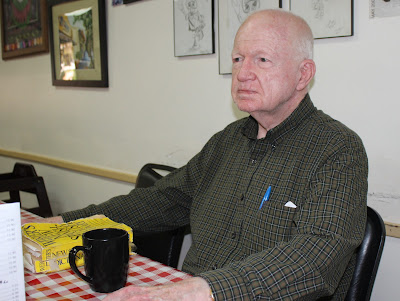 That weekend job gave him the opportunity to meet some interesting people along the way, Coach Hank Stram  for instance. But the work also gave him the chance to stay in touch with all of his acquaintances in the coaching field as he was scouting the players.

While his "day job" of being an attorney during the week may not have been as exciting as his weekend job of scouting football players, he finds them both fulfilling.

He first came to Covington in 1966 and five years later moved into an office in Covington in the 200 block of N. New Hampshire in 1971. He moved into the one-story sturdy brick building next to Kentzel's Printing after local attorney Dalton Barranger moved to another location. The building itself is a solid masonry structure constructed around 1940. He's still at the same location, some forty-nine years later. 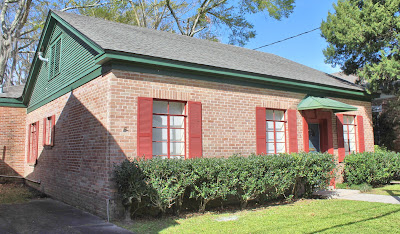 There were about 30 to 35 lawyers in St. Tammany Parish when he started his practice. "There was only one span of the causeway and a winding two-lane road between Covington and Mandeville. You could get from one town to the other in only a few minutes," he recalls.

He does general practice law work. "Back when I graduated from law school, everyone was going into general practice. Nowadays it tends to be a little more specialized. "No question about it, specialization in law is the trend," Bratton commented.

He has seen Covington change over the years, the number of lawyers is now somewhere between 250 to 300. There was one courtroom when he started practicing here, now there are 12 courtrooms.

He is particularly proud of the time he served on the school board for ten years during some of the busiest growth years of the school system, from the mid-70's to the mid-80's.

In another election effort, he ran for judge. "I've had my day in politics," he says, and he is pleased with the contributions he has made to the political scene. While he isn't planning retirement anytime soon, he is "slowing down" somewhat.

He can be found most days spending a few moments at Vazquez Restaurant on Boston Street, catching up with friends, and learning Spanish whenever he has a chance. "I'm going for at least one new word a day," he says.

Bratton loved coaching and over the years has continued to help young people develop their athletic skills and talents. He is a prime example of the many St. Tammany individuals who have not only developed and used their own unique talents, but also focused on helping others recognize and fine-tune their own talents. That's what coaching is all about, encouraging others to succeed and showing them what needs to be done to make it happen.

Bratton has made it happen, on the field and in the halls of the courthouse, for more than 56 years.