The week of March 12, 2018, North Columbia St. in Covington was the shooting location for a scene in the Netflix film "The Highwaymen," starring Kevin Costner and Woody Harrelson. On Thursday morning, March 15, after the filming was completed, I walked down to the 300 block of Columbia St.to watch the movie set being dismantled and the old antique cars being driven away. 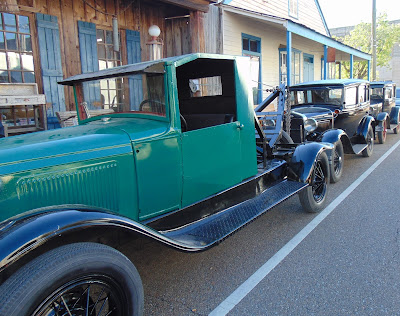 For two or three days Columbia Street had been turned into 1930's Arcadia, La., where Bonnie and Clyde met their demise at the hands of several lawmen. The St. Tammany Art Association building had been converted into the "Bank of Arcadia" 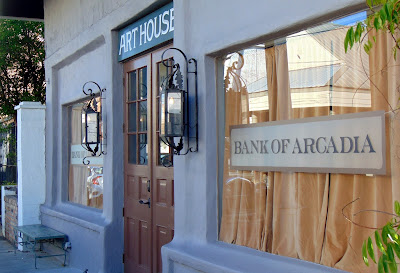 and Mo's Art Supply Store became Conger's furniture store with a morgue in the back (where Bonnie and Clyde were taken after being ambushed.) 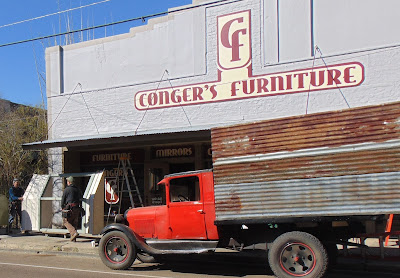 Even Roy K. Burns Jr. attorney's office had been given a faux facade to become a 1930's portrait photography studio. 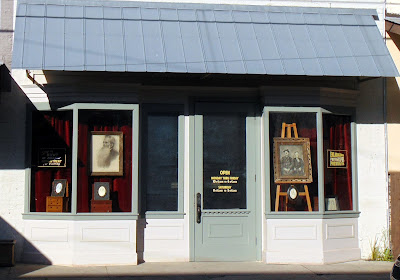 It was the old cars lining both sides of the street that were the star of the Thursday morning show, however, as auto wranglers tried to start them up and load them onto a car carrier truck parked in back of Dependable Glass. Some of the old cars actually started up right away, and a few of the other old cars didn't want to start at all despite prolonged cranking. 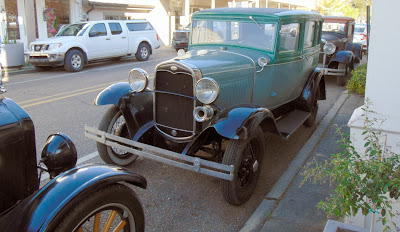 So some of the old cars had to be towed away by the other old cars that were up and running. There was even an old antique tow truck, which is quite rare I am told. 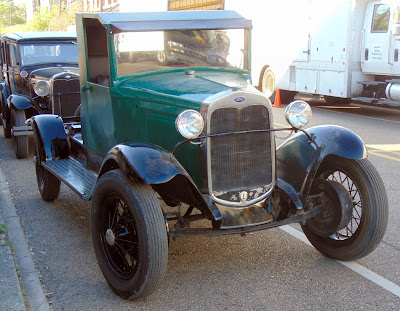 The variety of old cars was quite amazing, several hardtops, several ragtops, and various different makes. 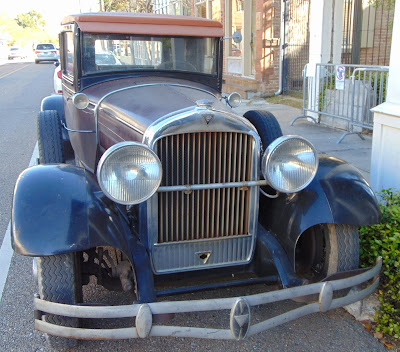 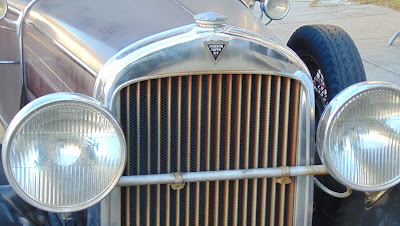 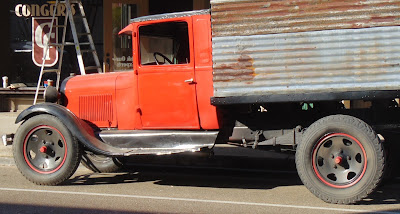 The front porch of H.J. Smith's Sons General Merchandise Store underwent some slight modification for the movie, but not much, considering it already looked like a 1930's store, which is interesting because it was built in the 1970's to look old. 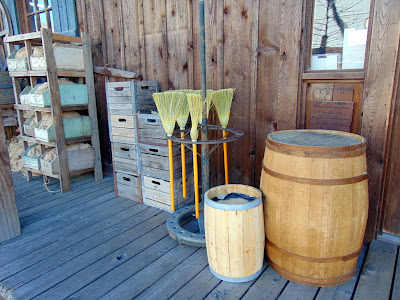 The Smith museum is next door to the main store, and when Kevin Costner was invited to take a tour of the museum, he took them up on the offer.  He is quite a history buff, it seems, and he asked numerous questions about many of the things he saw in the museum.

Costner also visited Roy's Knife and Archery shop next door to Roy K. Burns Jr. office, and he talked for a while with Roy Blaum while checking out the bows and arrows.

It was a closed set Wednesday, so not a lot of locals got to see the action up close, except for the 300 extras in the crowd scene. All those people dressed up in 1930's costumes was a very interesting sight, especially when they took out their smart phones during breaks in the shooting.

All in all, it was a distinct break in the routine for Columbia Street merchants, and another good chance for Covington to be spotlighted by the movie industry as it has several times in the past few decades. I asked how many times has the front of H.J. Smith been used for the set of a movie shot, and I think they have lost count. 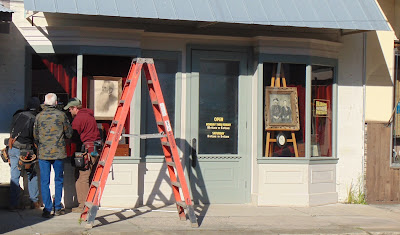 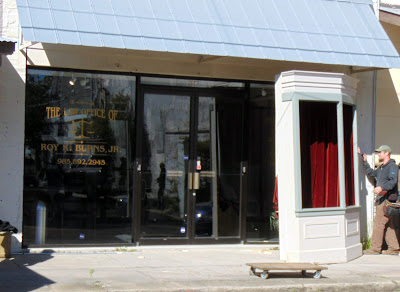 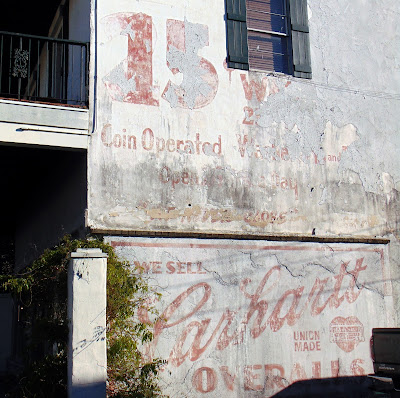 Meanwhile, on the other side of the street on the south wall of the Art Association building, movie set sign painters had added a new sign below the existing washateria advertisement. The top "15 cent coin operated" ad is real from years ago, and the bottom Carharttt overalls sign is brand new, made to look
Posted by Ron Barthet at 3:58 PM