In 1974 Little began his catering service at Chateau Bleu, and he also operated a  group travel business. He was well known as captain of the Krewe of Perseus, the Slidell Carnival krewe, a post he held for 38 years.  He was active in the theater, first at Le Petit Theatre in New Orleans and then with the Slidell Little Theatre.

Little also served as a founding member with the Slidell Mayor's Commission on the Arts as well as a supporter of the Slidell Museum. In 2010, The St. Tammany Commission on Cultural Affairs named him Performing Artist of the Year during its President's Arts Awards.

According to his obituary found on the Honaker Funeral Home website, "Allen loved every minute of his life, from Mardi Gras to Community Theater, from traveling the world to fine dining."

In a special honor, he was named the 50th King Perseus in 2019. "He served decades on the Board of Directors of Slidell Little Theater, including leading the committee to raise funds for the second stage, now named the Allen Little Theater," the obituary goes on to say.

"Allen was involved in many civic and community activities, leading to numerous awards from the City of Slidell, St. Tammany Parish, the Slidell Rotary Club and others." 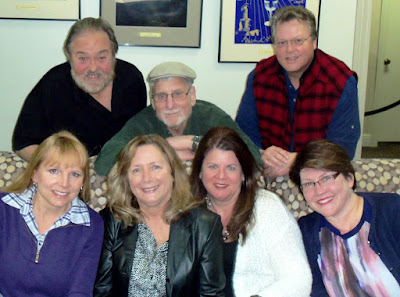 In 2016 he was one of the organizers of the 7th Annual Northshore Gumbo Cook-off. Held in conjunction with the Slidell Little Theater (photo credit), the event's organizers included, from left on the back row, Little, Steve Cefalu and Don Redman. On the front row, from left, area Christine Barnhill, Jackie Beau, Janet Robertson and Tracy Gallinghouse.