The Oak Downs quarter horse race track in Pearl River was a popular destination back 30 to 50 years ago.

According to local residents commenting on Facebook, the Pearl River quarter horse race track was located east of Oak Downs Drive. It was owned by Eddie Holdsworth, they said, and several remembered going out there when they were kids.

"My dad use to race horses out there before I was born. He took me a lot when I was a kid to watch the races," one person said. Lee Williams remembered having quick snippets of video of his dad and grandfather at a race there.

"Up until about 20 years ago and many years after they had stopped using it as an actual racing track, but they used the barn/stalls in the far back, right corner of the property (just beyond where the grand stands used to be). Those who still owned horses locally but would race them in other areas (New Orleans, Lafayette, etc) would rent the stalls out for there horses. The horse owners would have their trainers come there and they would still use the track to train and time the horses. I went there ALOT with my dad growing up. I think that they were still using it in that capacity by the time that I graduated high school in 1994." 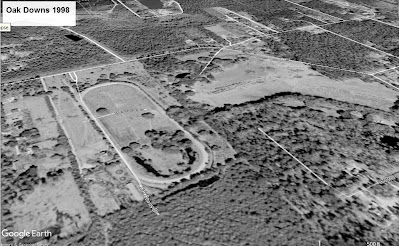 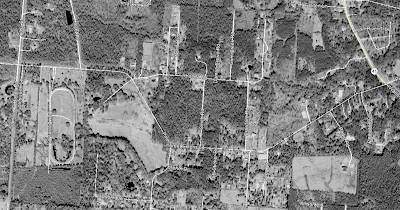 "It was a great way to spend a Sunday afternoon," said Allen Decker. " They held one of the Pearl River Catfish Festivals there."

Twyla Beals said that she loved going there. "My Grandfather (Chuck Craddock) and his brother Rick had a horse (Parkers Warrior) this was in the early 70's. I was little but still remember it all!"