In 1994, some twenty-three years ago, community leaders and historians got together to put on a live theater presentation of the history of Covington on an unusual stage, that being within the fences of the Covington Cemetery. 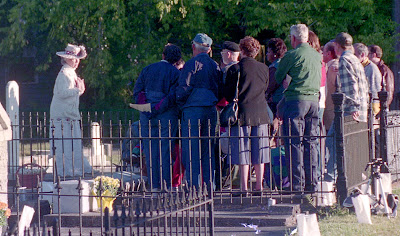 Pat Clanton (pictured below) and Carol Jahncke introduced the idea of the "Whisperings of the Past" cemetery production, bringing together the many people who would help make it happen, particularly the actors. They met under the large oaks on the city hall grounds planning for the presentation. She played the part of her great grandmother from Ireland.

"The event was a huge success, and I can remember that it closed with someone in the cemetery playing 'taps.' It was dusk and a full silver moon was rising," Mrs. Clanton recalled. "It was a sight I will never forget." 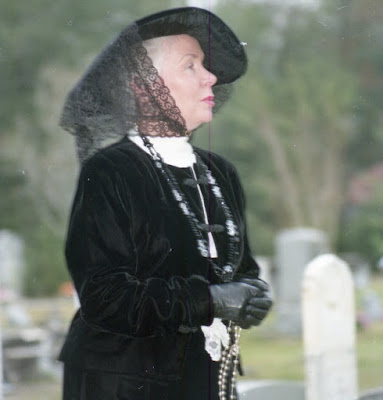 In 1988, an earlier Cemetery Tour was part of the city's 175th anniversary program. 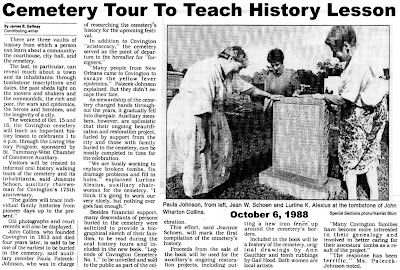 And from another performance year... 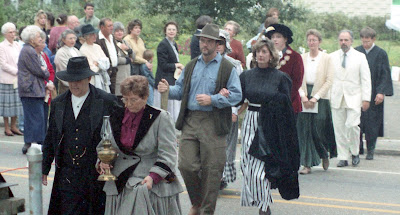 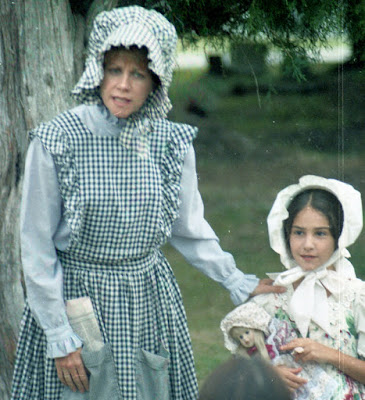 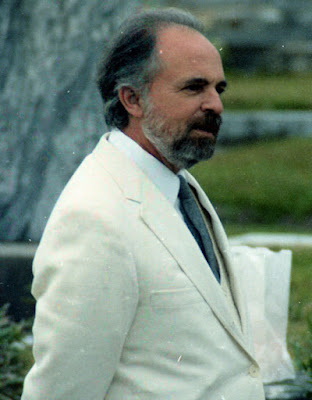 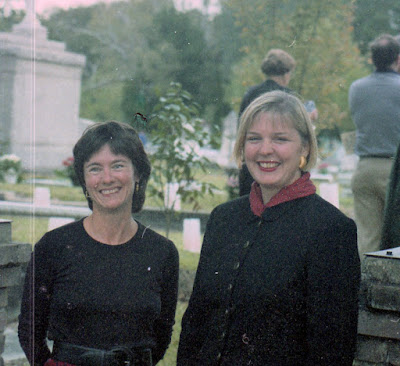 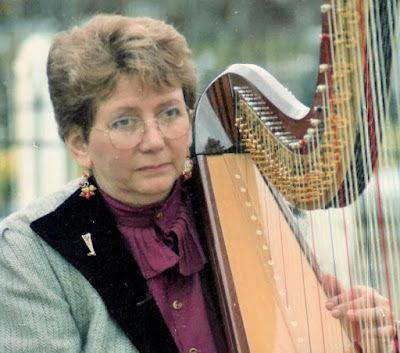 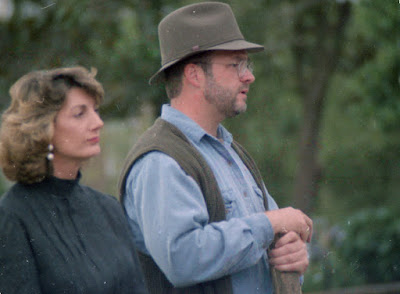 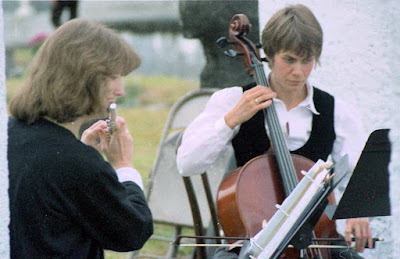 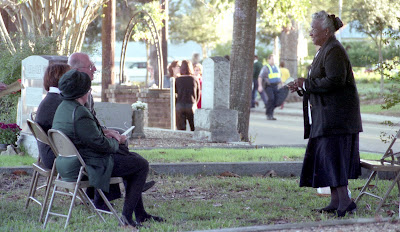 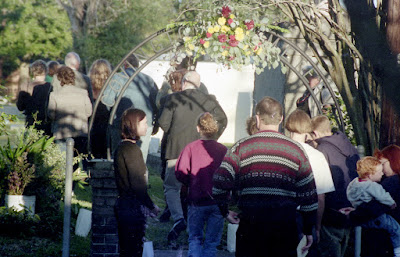 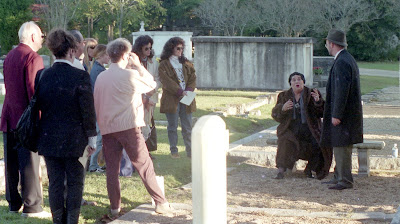 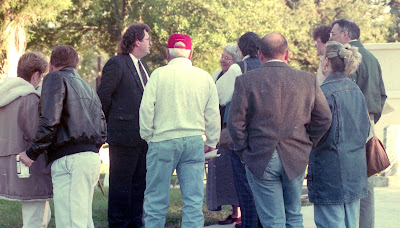 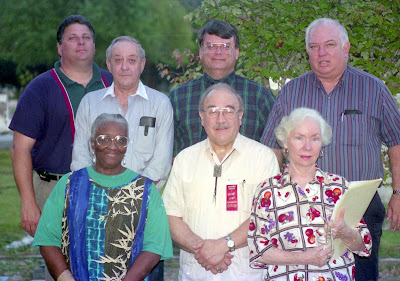 The actors for the cemetery tour portrayals 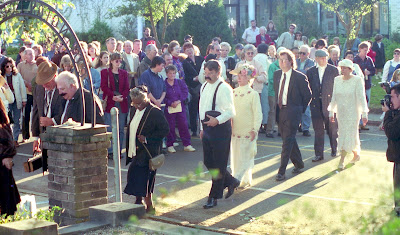 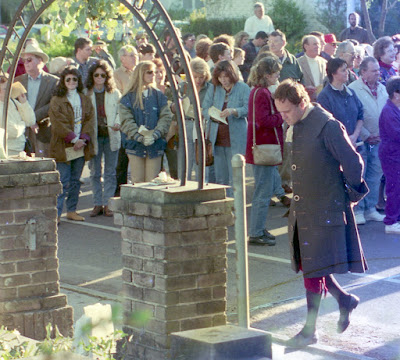 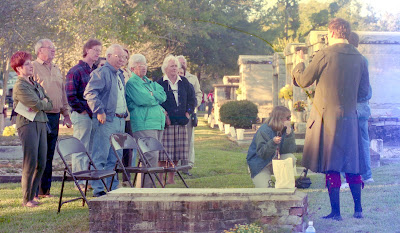 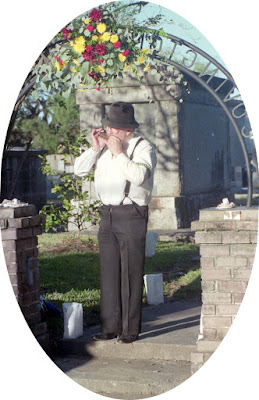 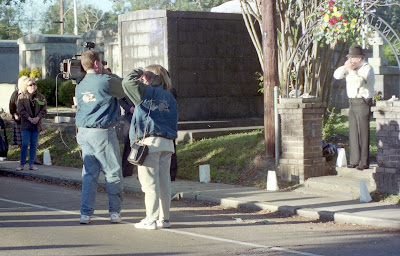 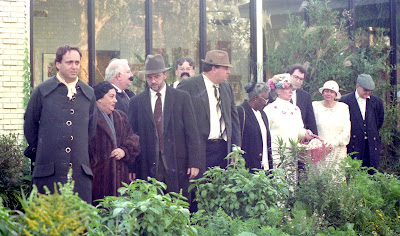 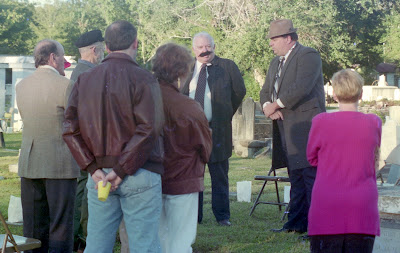 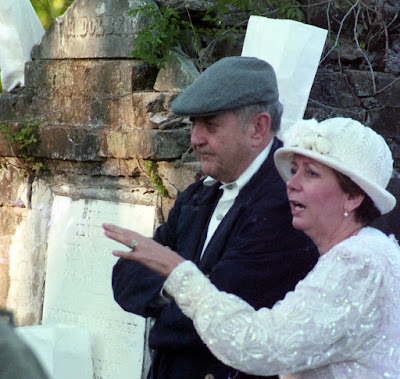 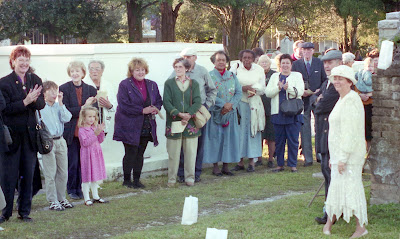 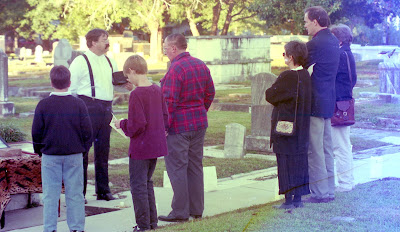 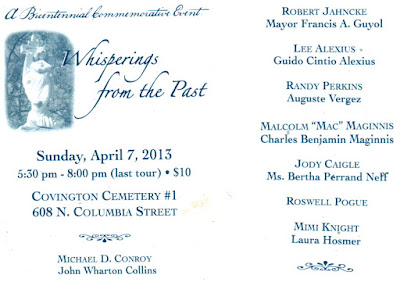 A Walk Through Covington History