The History of History

In August of 1973 I wrote an article about efforts to research, publish and preserve the history of St. Tammany Parish. 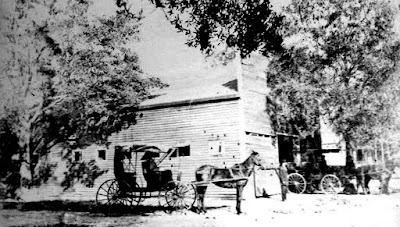 An Early Photograph from the Madisonville Riverfront


An article from 1973:
New efforts are being spearheaded to preserve the history of the Florida Parishes. Several movements are currently underway to find and protect valuable documents which prove the significance of St. Tammany and neighboring parishes in the formation of Louisiana and Southern history.

The St. Tammany Historical Society, now barely a year old, has been joined by other parish groups in the search for and care of precious historical documents detailing both the history of the parish's government and the history of its people.
Tangipahoa Parish is working on a historical group of its own, and the formation of a coordinating body, a proposed Florida Parishes Historical Society, is well underway. Its objective will be to collect the work done by the local goups and put the results in historical perspective.

St. Tammany Parish residents, particularly those in Covington and Mandeville, have long been interested in its history. Local historians have been joined by student workers for some time in their search, restoration and cataloguing of valuable documents.

In the past year or so, this historical research has become better organized and more widespread. Students of history from colleges all across the state come to St. Tammany Parish to do their required graduate work, because St. Tammany Parish is one of the few parishes whose courthouse records have never been destroyed one way or another.

Courthouse records are notoriously subject to fire and many documents across the state have been lost in this way. St. Tammany, however, has been fortunate to have saved from destruction and decay a good part of its early records dating back before the Louisiana Purchase.

This provides students of history, both young and old, with mountains of material to examine and sift through, collecting data to be rewoven into a coherent history.

The main purpose of the St. Tammany Historical Society is to produce a history work detailing the story of the parish with verified sources. Several individuals have attempted to produce such histories of St. Tammany Parish with some degree of success. The society hopes to bring it all together, however, with a basic textbook following the commercial, governmental and individual progress of the area. 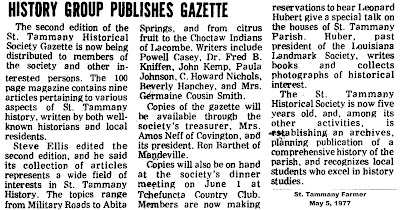 Individuals with family lines involved in the more significant events in parish history have done much to research various periods. The public library offers an extensive and well-organized Genealogical reference section.

The genealogists, both professional and amateurs, are kept busy, not only in the search for old family cemeteries and checking family records, but also in trying to trace the movement of certain individuals and in general keeping track of who did what. This research, while motivated with the hope of finding ancestors who played an important role in the history of the parish, does help to round out the complete story.

The gathering of historical data can be dry and lifeless if taken solely from courthouse records and other statistics. It is family records, letters, newspaper accounts and essays which help give depth to history. The current history movements are taking care to preserve this "personal perspective" on history, including in the factual account the personalities and characteristics of the individuals involved.

This means that historians not only have to find out what they can about the founders of towns and the public officials, but they also strive to include the personality and accomplishments of the businessmen of the time, the men who developed commerce in the area.

In St. Tammany Parish, this effort to "humanize" history is especially productive, because the leaders of commercial and government development were well known across the state generally. Business ties between St. Tammany and New Orleans were frequent, so crosschecks between records often help trace an individual's activities.

More and more local high school students, as well as those in college, have taken to the pursuit of history. They find a certain fascination in digging up facts long lost and realize the understanding of current evens relies heavily upon a knowledge of the past This last year, the number of science fair projects dealing with history increased measurably. More students from local schools went to district and regional social studies fairs with projects outlining some aspect of history.

From the discovery of old brickyards in Riverwood to the early shipping activity of the Bogue Falaya River near Covington, the local points of history help motivate more students to turn on to history.

Government has taken an increased interest in the preservation of history, also. The clerk of court has taken special precautions to protect the documents in his care, and reports of current events are being filed away for future reference. A "sense of history" has come over the land, affecting government officials from the President to the Registrar of Voters. This sense of history means that the task of future historians will be made considerably easier.

As the 200th anniversary of the nation nears, local, parish and state celebration of the bicentennial is being planned. The St. Tammany Bicentennial Commission met just this week to go over some sort of recognition of the 1976 event.

Their ideas run from setting up a museum of parish history to the making of a film telling the history of the parish to schoolchildren. The bicentennial commission is made up of persons from throughout the parish charged with the responsibility of coordinating local events with parish events and parish events with state events. Money from the federal government is available to finance bicentennial projects if all guidelines are met.

The commission was set up by the police jury and was told by Ralph Privette, jury president, Wednesday night that the police jury was at its service. He commended the idea of a museum of some sort.

The commission is to take three approaches to the bicentennial celebration. First, it is to design projects that will highlight the national and local heritage. Second, it is to design events which will reveal the present day advantages and way of life and third, it is to celebrate the future of its area with projections based on local growth.

While the commission will not affect the research of history to a great deal, it will help in getting those research efforts publicized.

Historians of St. Tammany Parish have quite a task. The parish has been under the rule of various countries and offers a wealth of information on individuals and ways of life of earlier times.
According to the late Adrian Schwartz, a noted local historian and writer, St. Tammany was discovered sometime in March of 1699. Indian activity in the area was considerable, with history accounts of life at that time limited to personal observation of the Indian way of life, as well as Indian folklore.

The military history of the parish is quite detailed and is traceable by military records describing troop names and movement. Powell Casey, a current historian who has published several books on military history, has done much research into St. Tammany's part in military ventures and has found that it was quite important in many aspects.

St. Tammany was a refuge for many New Orleans people during the War of 1812, and even more so during the Civil War. Madisonville, named after President Madison, was by far the most active community in the parish at that time, being both a commercial center with shipyards and the like and a port of some importance. In fact, Madisonville was the target of Union gunboats during the Civil War and several people were killed in an incident in which Union boats traveled up the Tchefuncte toward Covington.

Covington was founded by John Wharton Collins and a group of people from Madisonville. The town, originally named Wharton, was renamed Covington after Colonel Leonard Covington in hope of political favors.

Historians find that St. Tammany history in many aspects is tied to New Orleans history, unusually so since St. Tammany was a part of Florida for many years. In fact, to delve up some of the early historical records about St. Tammany, it is necessary to go to Spain and examine extremely old documents and maps there pertaining to West Florida, of which this parish was a part.  Local historians have communicated with the Spanish government from time to time to arrange such visits for historical purposes.

In any event, the general public is taking more interest in the preservation of the past. Public agencies such as the highway department and zoning boards are taking care to protect valuable historical sites they find in the path of new highways or proposed developments. It is all part of an increasing awareness that history plays an important factor in determining the events of today, and that the preservation of that history provides a heritage that society can look on with pride.

August 19, 1973, By Ron Barthet
Here are scans of the original article: 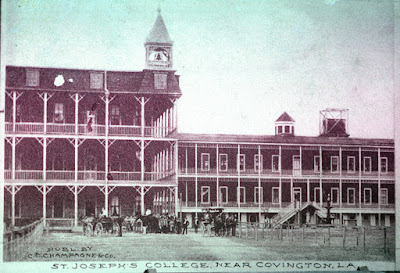 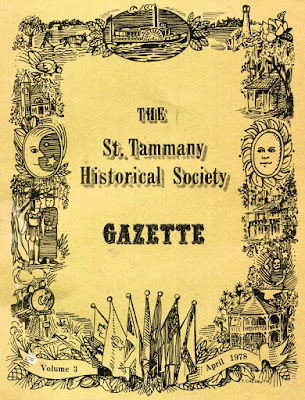