The Southern Creosoting Company of Slidell ran a full page ad in the July 27, 1918, edition of the St. Tammany Farmer (100 years ago) and described its operation in detail. 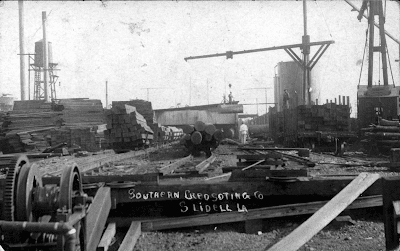 The creosoting plant in 1908 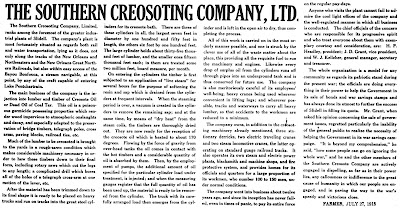 An advertisement describing their work, their processes, and concerns about World War I 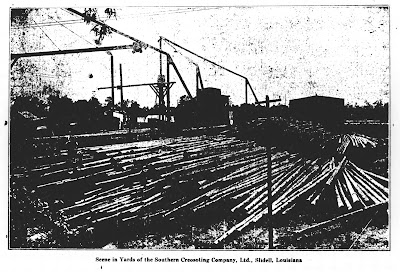 The creosoting process was a relatively new process when Slidell was founded, and the location of a creosoting plant there helped spur railroad track and bridge trestle construction to and from New Orleans. 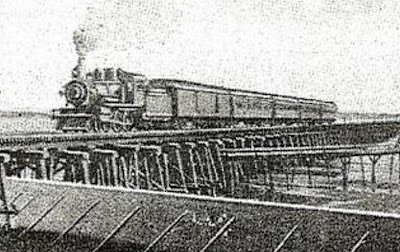 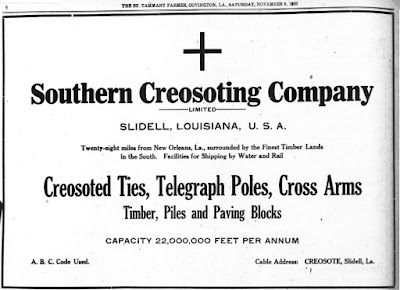 According to the EPA Superfund website: "The 54-acre Bayou Bonfouca site was a creosote plant that began operating in 1882. During operations, numerous releases of creosote took place from spills, runoff and discharges. In the early 1970s, a fire at the plant ruptured several large storage tanks, causing creosote to flow onto the site and into the bayou. Operations ended in 1972, followed by disassembly of the plant. Operations contaminated soil, sediment and groundwater. Contamination resulted in sterilization of Bayou Bonfouca for more than a one-mile stretch. EPA completed the cleanup of contaminated soils and sediment in 1997. Today, site operation and maintenance activities and groundwater treatment and monitoring are continuing to extract and treat contaminated groundwater."
Posted by Ron Barthet at 3:30 AM