Two tulip poplar trees were planted near the commemorative bell tower at Covington High School Friday morning, a gift from the Class of 1968 which held its 50th annual class reunion recently. A number of members of that class were on hand for the occasion, an event spurred by the first line of the high school's alma mater song which mentions "the stately poplars" near the school. 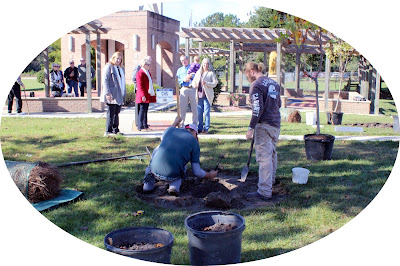 A couple hundred dollars were left in the reunion fund after the September 22 gathering, so class leaders decided to donate the two trees, together with an engraved monument designating the class donating the trees as well as the first line of the song. 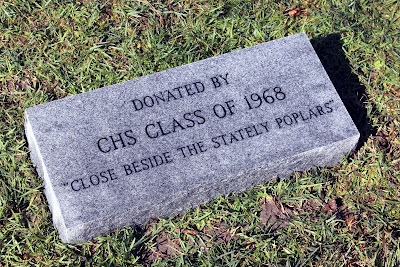 Here are some pictures of the planting and the group attending the event. Click on the images to make them larger. 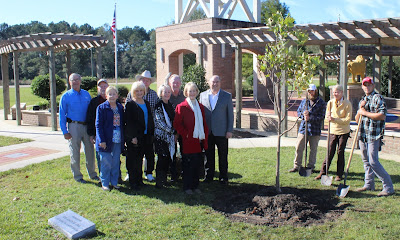 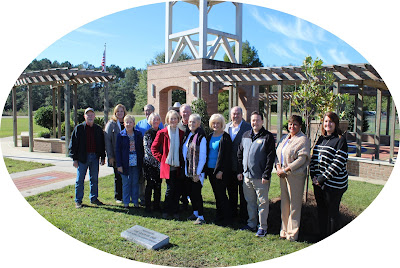 Several school administrators came to take part in the event. 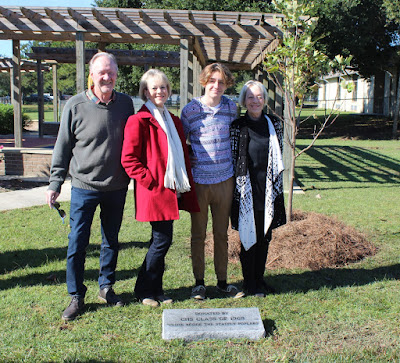 Also on hand were current CHS students who were related to the Class of '68 members present. 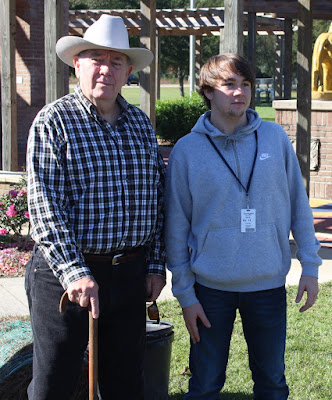 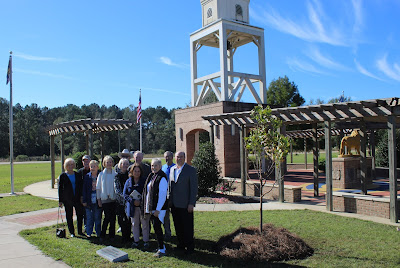 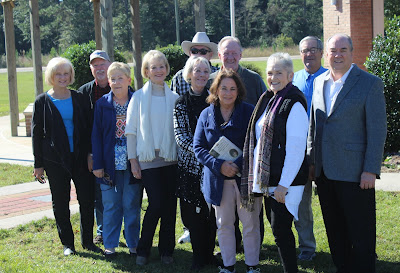 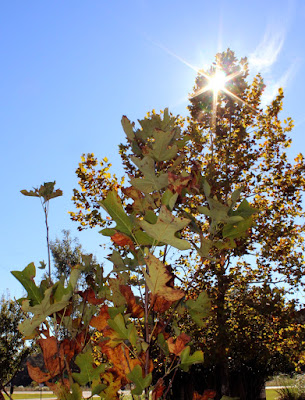