Lee Ferry Road started in the middle of Washington Parish, crossed the Bogue Chitto River at Enon, then wound through the hilly pine country before heading straight southward through Barker's Corner towards Covington. It ended at its intersection with Kirkland Street.

A block later it became Kemper street, a two block stretch that is the first cross street when one enters Covington from the east.

Lee Ferry Road is named in honor of the ferry which helped travelers get across the wide Bogue Chitto River, not General Robert E. Lee as some had come to believe.

Here are some maps. 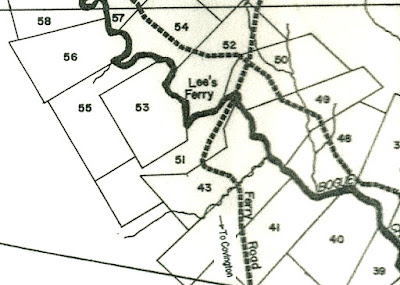 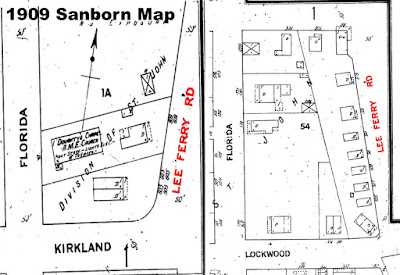 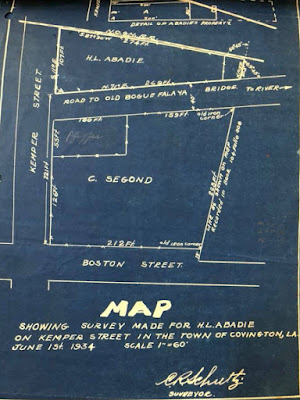 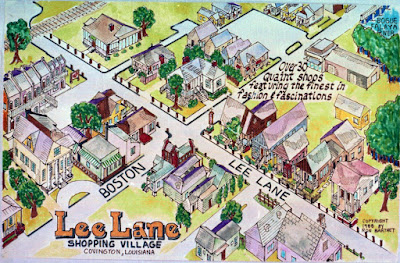 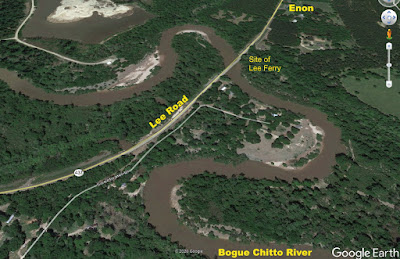 Here's a trace in red of Lee Road from Covington to Hwy. 439 in Washington Parish as labelled by Google Maps. Many land ownership maps and records still refer to Lee Road as "Lee Ferry Road."