Library Gets A Flagpole

For years  the Covington branch library (and headquarters of the parish library system) on 21st Avenue went without a flagpole, but  in 1996, the then 15-year-old Luke Prendergast felt like the library branch should have a flagpole with an American flag flying from it it.

His mother Faye Prendergast worked at the library, and when he mentioned that he would like to raise the money get a flagpole as part of an Eagle Scout project, the wheels were set in motion.

He set forth his plans, recruited other Boy Scouts from Troop 160 to help him, and the fund-raising efforts began. Prendergast spoke to several civic organizations and eventually raised $1,100 to buy the flagpole, as well as the materials to install it in the ground. Among the organizations to contribute money were the Rotary Club, the West St. Tammany Friends of the Library, the American Legion and its Auxiliary, and the Exchange Club. 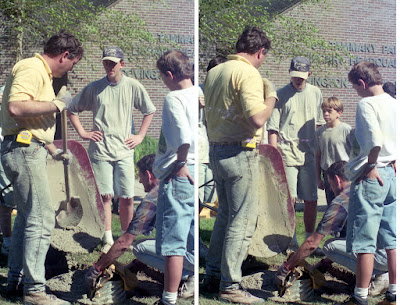 Here are some photographs. Click on them to make them larger. 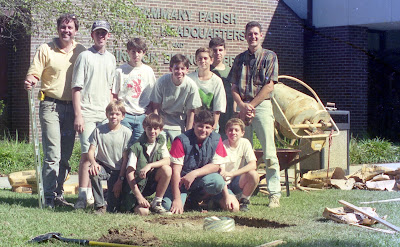 He and other Scouts from Troop 160 built the concrete foundation, and two weeks later they raised the flagpole just in time for a Veterans Day ceremony attended by dozens of community supporters.and veterans. Library Director Jan Butler cut the ribbon for the libary's newest tradition, and plans were made to install lights to shine on the flag. 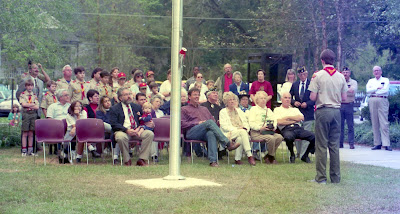 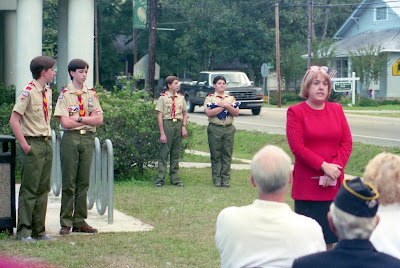 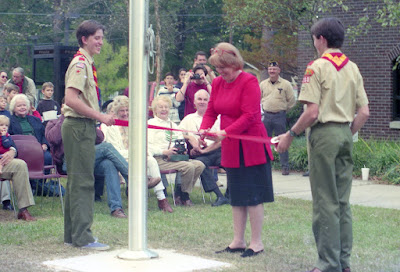 Cutting the ribbon for the library's new flagpole 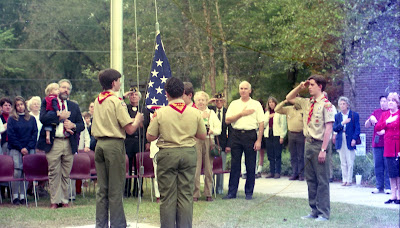 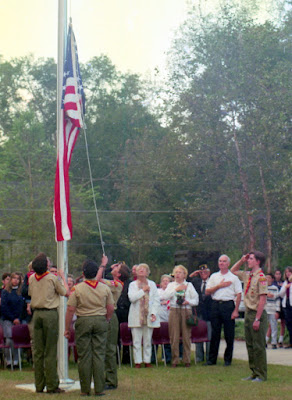 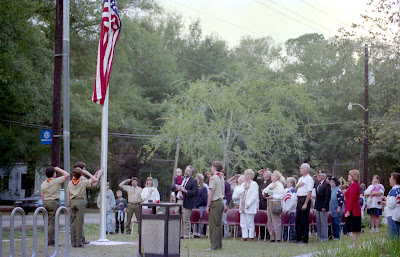