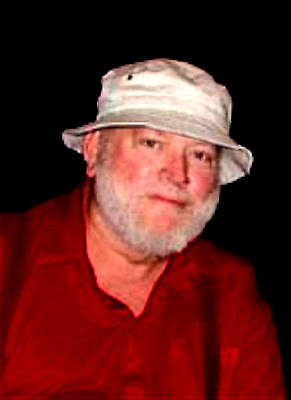 
He died on Tuesday, December 4, 2007, at the age of 66. Mr. Jahncke, whose father was Rex, king of Carnival in 1966, grew up steeped in the New Orleans’ signature celebration. From his childhood, he was determined to get involved in helping to make it happen, said an official of the Krewe of Proteus, who spoke on condition of anonymity.

Mr. Jahncke’s firm, Royal Artists Inc, had a long list of clients. For about three decades, the firm’s artists and builders turned out floats for the Proteus, Hermes, Chaos and Krewe d’Etat parades in New Orleans plus the Mystics of Time and Conde Cavaliers in Mobile, Alabama.
“They were just plain gorgeous,” said Elizabeth Jahncke, Mr. Jahncke’s wife. 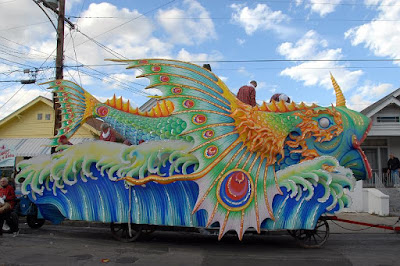 “Herb Jahncke was one of the few people left in the world that essentially could maintain the traditions and have the knowledge to re-create and rebuild what we would call an old-line old-fashioned Mardi Gras parade”, he said. “He chose that path. He was one of the very special people, not widely known outside of New Orleans, that contributed mightily to the heritage and showed to the current ages what a parade looked like.”

Mr. Jahncke gained respect from his competitors, including Blaine Kern, who designs for the traditionally minded Rex organization as well as Bacchus, a modern megakrewe.
“We complemented each other, because you need the old, which he was presenting, and the brassy, which I was doing,” Kern said.

“He turned out to be a doggone good float painter and sculptor, and more importantly, a wonderful competitor and a straight shooter.”

An honor graduate from Washington and Lee University and the Stanford Graduate School of Business, he could have been anything, the Proteus official said, “but he was an artist, and he wanted to apply a lot of that into the Mardi Gras scene in new Orleans. . . . He was dedicated to Mardi Gras, and he gave us a fabulous product.”

Mr. Jahncke’s work didn‘t stop with the floats. The Proteus official said he also worked with seamstresses to give them an idea of what would look right on each float.

Although Herb’s approach was traditional, he wasn’t above taking liberties.
In a 1989 interview, he discussed one parade with the theme of the stories of Hans Christian Andersen. “We had more floats than Andersen had stories, so he made up two,” he said. “That’s the fun. Mardi Gras is a party.”

Thanks goes to Robert Jahncke who put together the Herb Jahncke website showcasing his accomplishments and creations.