Four years ago, the Covington High School gymnasium was dedicated to former Coach Hubert "Hubie" Gallagher, with ceremonies paying tribute to the legendary coach and civic leader who for 32 years led CHS sports to great accomplishments, especially the basketball team. 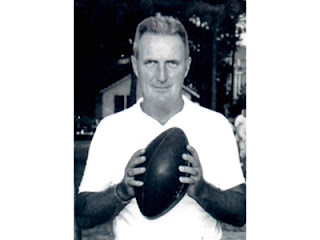 Dozens of former players from the 1940's, 50's and 60's attended a special reception in the CHS library prior to the dedication ceremonies, recalling Gallagher's impact in their lives. The event was part of Covington High’s Centennial Celebration observing the 100th year anniversary for the school.

Principal Deborah McCollum read the long list of achievements from Coach Gallagher's career, not only at CHS but also in the community, as a city councilman, Mayor Pro Tem, and leader of the city's recreational program. For his many career accomplishments, he was inducted into the Louisiana High School Athletics Association Hall of Fame in 1983. 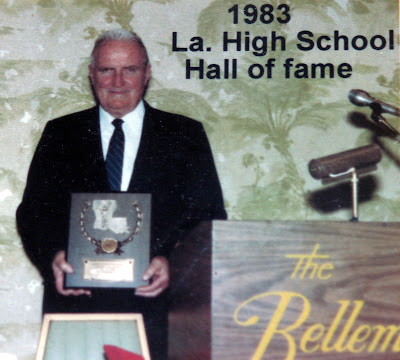 
To view photographs from the gym dedication ceremonies, CLICK HERE.

Comments by some of the attendees, CLICK HERE for audio file.

Comments by Ralph Menetre and others, CLICK HERE for audio file.

The reception included a display of photographs from Coach Gallagher’s career, two scrapbooks filled with newspaper articles, letters, and photos, and the large bound book used to list the roster of athletes in each sport at Covington High over the years. Attendees at the reception studied the lists to see their own name placed there at the time of their participation. 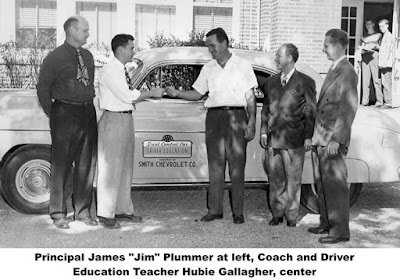 Originally from Pennsylvania, Coach Gallagher first came to Covington in 1937, joining the Covington High staff in 1939. 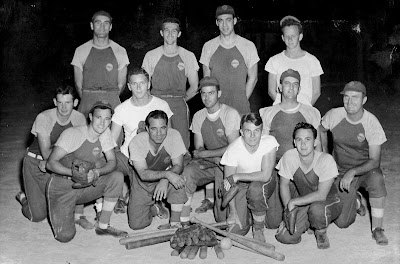 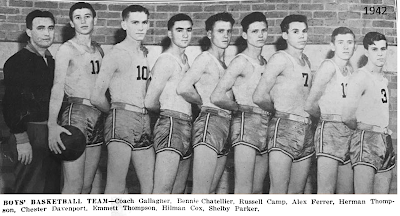 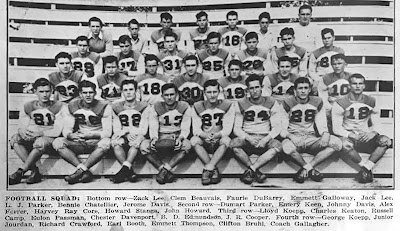 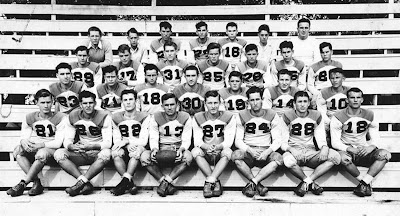 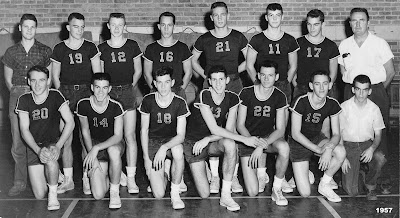 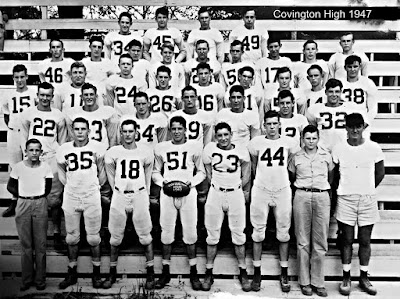 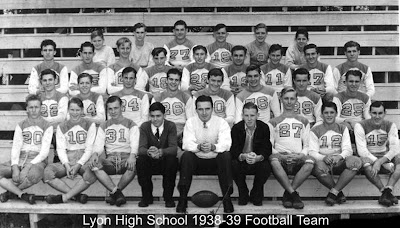 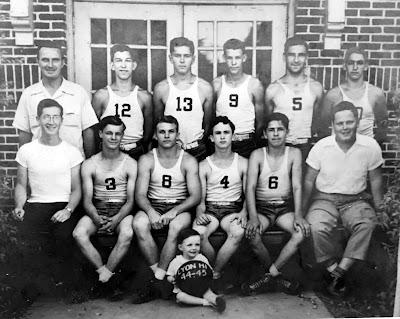 Other team photographs from the mid-1940's 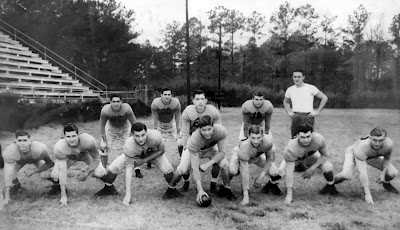 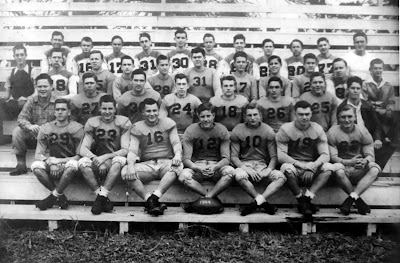 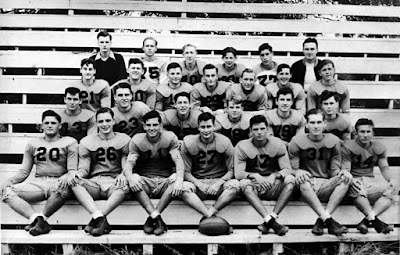 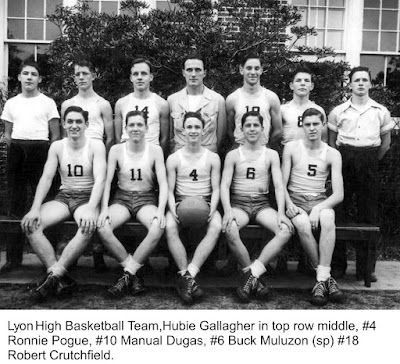 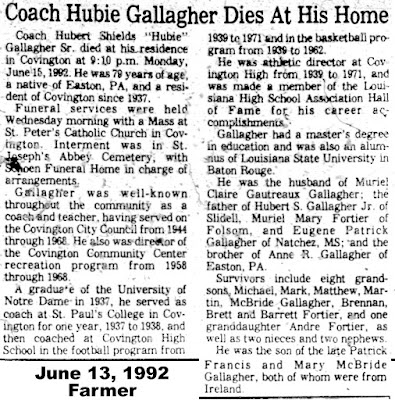