The two story building at 201 Cedar St. in Madisonville houses the Madisonville Museum. It was built in 1911 and was originally a courthouse, a jail, and then later a town hall. Here are some photos. 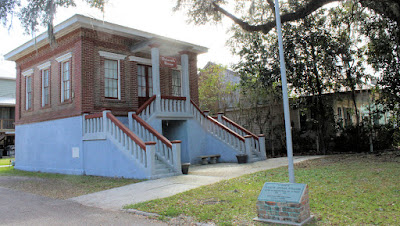 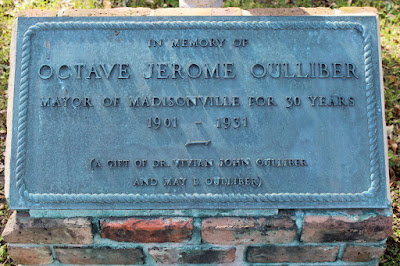 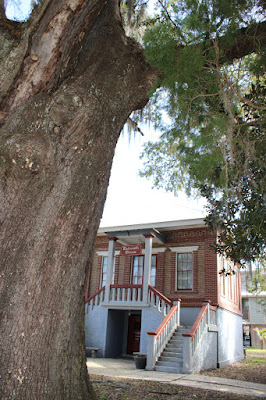 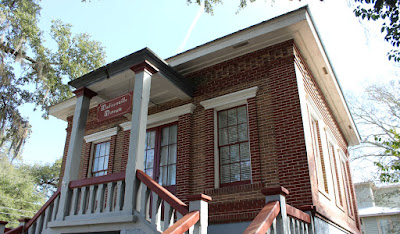 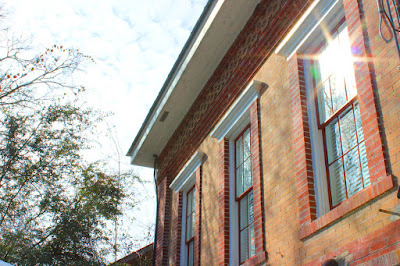 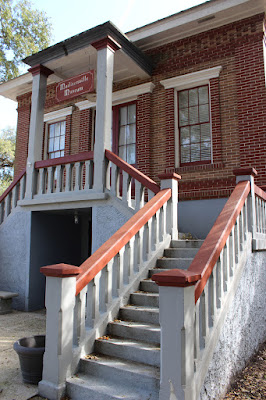 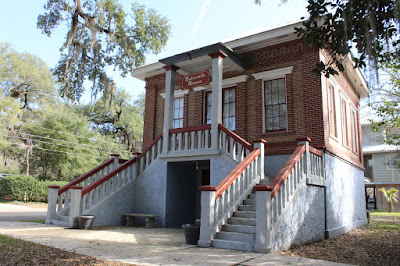 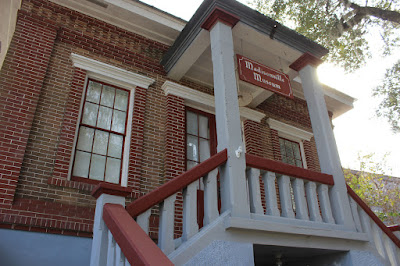 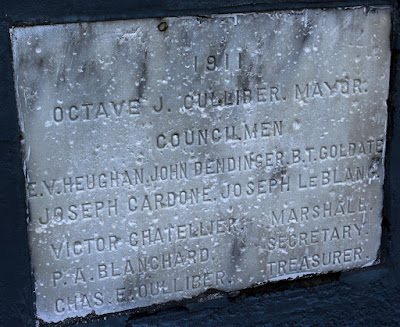 In 1990 the building was listed on the National Registry of Historic Places.
Here is the text from the application to register the building.

"The Madisonville Town Hall is of local significance in the area of politics/government because it was by definition the focal point of the community's governmental history. The period of significance is from the building's construction as a town hall/jail in 1911 to 1940 (the required fifty year cutoff). 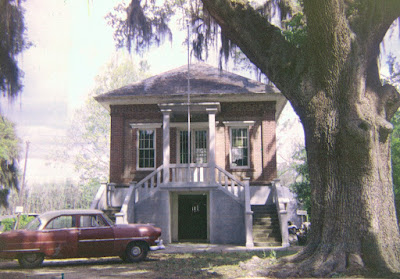 "The building continued to serve as a town hall until 1976. Incorporated in 1817, the town of Madisonville has always been a small community. Due to its location on the Tchefuncte River two miles above its entrance into Lake Pontchartrain, the town developed as a shipbuilding center. During the period of significance for the town hall, the mayor and council presided over a period that has been termed the "high water mark" in Madisonville's history by local historian Frederick S. Ellis.

"This was the great expansion of shipbuilding during World War I that caused an artificial economic boom and population growth. According to Ellis, some estimates placed the population in excess of 4,000 as a result of high employment in the shipyards.(By way of comparison, the population in 1906 was about 1,200.)

"With the end of the war, the population dropped back to its normal level. Other than this boom, Madisonville's history during the period of significance seemed to have been "business as usual," with the town council meeting monthly to take care of the day-to-day functions of government in the small community. 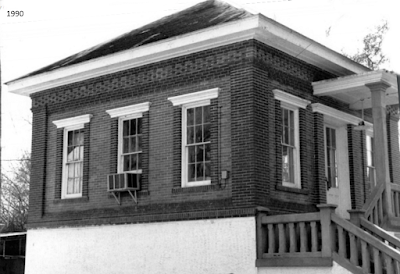 "The Madisonville Town Hall (1911) is a two story brick and concrete building located in a small community (@800 population) on the Tchefuncte River in St. Tammany Parish. Because the town hall is unaltered, it easily conveys its historical significance as the center of Madisonville*s governmental history.

"The hipped roof building consists of a concrete bottom story with jail cells and a brick upper (main) story of one large room. The main floor is reached by means of a double staircase which is the facade's principal feature. The stairs ascend from either side turning 90 degrees half way up and culminating in a central landing which takes the form of a single bay entrance porch with a pronounced cornice and flat roof. The chamfered porch posts and stair balustrades (with chunky chamfered balusters and newel posts) appear to be of wood at first glance, but are actually cast concrete.

"The six over six windows as well as the French door entrance feature heavy brick surrounds capped by a concrete lintel. Additional texture is provided by wide corner pilasters of brick and a brick entablature in which the frieze is laid up in Flemish bond with battered headers. Certain parts of the building are of slightly darker brick than the walls (the pilasters, the door and windows surrounds, sections of the entablature and the water table surmounting the ground story).

"The one room main floor interior is basically plain and functional. The only decorative touch is the wood ceiling, which is formed of two pronounced molded strips that cross in an "X" fashion with fairly wide beaded boards between. The town hall is currently being restored for use as a museum. 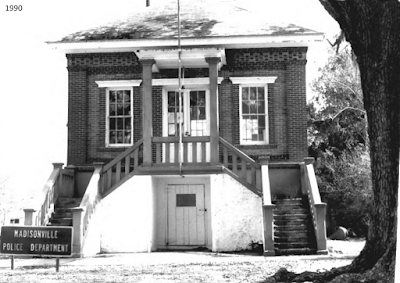 The structure in 1990 when it was the town Police Department.