Originally from Talisheek, Dr. Clea Edward Parker began his career in education as an instructor at Rugby Academy in New Orleans, then served the St. Tammany Parish Public School System in a number of capacities.

A lifelong educator, he went on to serve as President of Southeastern Louisiana University in Hammond for over 12 years from January 1968 to June 1980. Prior to joining Southeastern, Dr. Parker served as the Director of Student Teaching at Nicholls State University and was a visiting Instructor at the University of New Orleans. 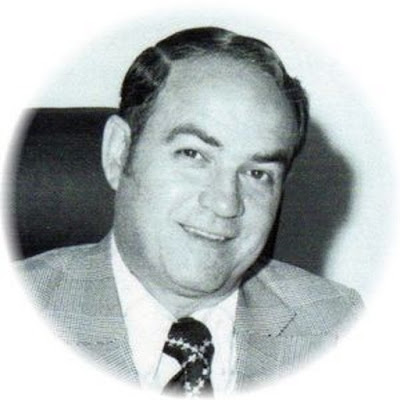 He spent seventeen years in the St. Tammany Parish School system as a teacher and coach and as Supervisor and Director of Curriculum and Instruction. He served as principal of Mandeville High School where he also taught and coached basketball. He was the first graduate of Mandeville High to serve as its principal. Interestingly, Dr. Parker earned his Bachelor of Arts degree from Southeastern Louisiana University and was also the first Alumnus of Southeastern to serve as its President.

Dr. Parker experienced Southeastern's enrollment grow over 40% during his twelve years as president. One of his major goals was to improve the faculty as the number of teachers holding the Ph.D. increased substantially during his tenure.

Several years ago Marian Arrowsmith with Channel 13's "Reflections" program interviewed Dr. Parker at the David Treen Instructional Technology Center in Mandeville. It was an interesting conversation about life in St. Tammany Parish, particularly the early years of the school system. Click on the play triangle below to watch the interview: 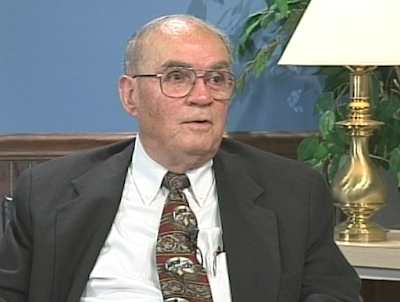 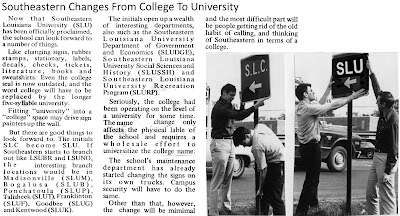 Above is an article written about Southeastern when
it changed from a college to a university.

His administration was known for its emphasis on increased student involvement in the University and expansion of the graduate program. He was the first Southeastern president to name students to University-wide committees, promoted an 'open door' policy and was seen regularly visiting with students in the dining halls, classroom buildings, and throughout the campus grounds. 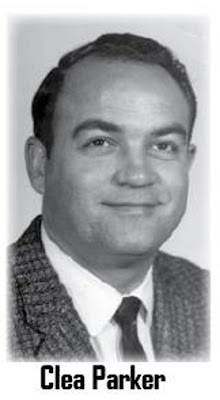 During his many years as an educator, Dr. Parker served on a number of local, state, and national committees and was recognized by many educational organizations as a leader in the field of education.  He earned his Master of Education and Doctor of Education degrees from Louisiana State University. He also attended Tulane University, Peabody College, the University of Kansas, and the University of Maryland. 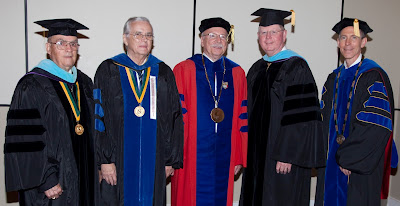