In 2015 the La. Dept. of Transportation and Development published a 224-page report on the "historic bridges" of Louisiana. Eleven of those named were located in St. Tammany Parish.

The report was entitled "Crossing the Bayou: Louisiana's Historic Bridges." Here are some text excerpts and photographs from that report. The portion of the document that deals with bridge types and St. Tammany bridges can be read as a PDF File by CLICKING HERE.

The "historic" bridges of St. Tammany parish are listed beginning on page 175 of the document.

A map of historic bridges of interest in St. Tammany Parish

According to the report, the 11 bridges are the following: 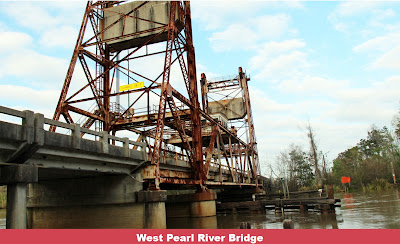 "Louisiana’s historic bridges are an important part of the state’s transportation and cultural history. With approximately 40 percent of all wetlands in the United States and nearly 4,000 miles of navigable waterways, Louisiana’s engineering history, maritime heritage, and important industries like fishing and oil refining are linked historically to the bridges that cross our rivers, bayous, channels, and canals to facilitate transportation.

Louisiana has more wetlands than any other state. It contains 11,000 square miles of flood-plain; 7,800 miles of coastal swamps, marshes, and estuarine waters; countless streams, lakes, canals, spillways, and artificial waterways; and is traversed by five major navigable rivers.

Bridges are important connections in Louisiana’s transportation history and engineering heritage, spanning the state’s many bodies of water. Historically, the development of bridges in Louisiana was highly influenced by two important factors that remain relevant to this day.

Second, the state’s bridge history is closely tied to the development of road networks throughout the twentieth century. Creating and facilitating a reliable transportation system led to the construction of several uncommon bridge types and variations customized for certain site conditions unique to Louisiana.

Few bridges were built in Louisiana prior to the twentieth century. Steamboats and ferries utilized the state’s network of waterways to provide transportation. Interest in improved roads began in the late nineteenth century and rapidly accelerated with the introduction of the automobile around the turn of the twentieth century. Known as the Good Roads Movement, this interest was driven by public demand for better road conditions and a more efficient road network."

Here are a few photos of St. Tammany bridges from the report. 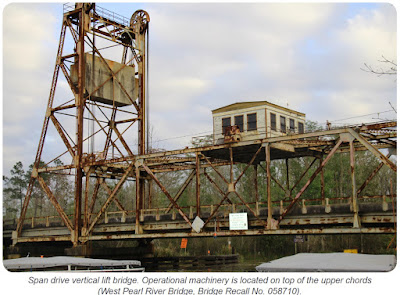 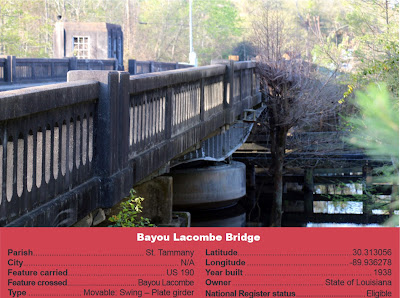 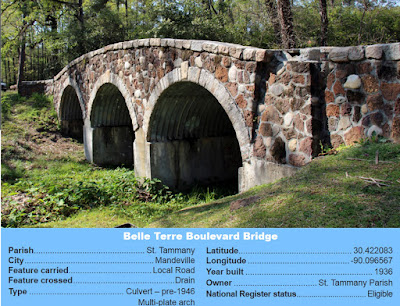 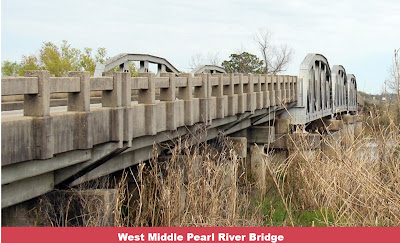 The total number of bridges in St. Tammany Parish is 355, according to TRIP, a national transportation research group.