In September of 1967, citizens banded together to take part in Covington's "Clean City Parade." In this photo, Patricia Clanton, at left, is shown handing a "golden broom" to Mayor Ernest Cooper while Rick Webb, center, of WARB radio station looks on. The parade featured a number of city trucks which would be sent out to clean up the city. 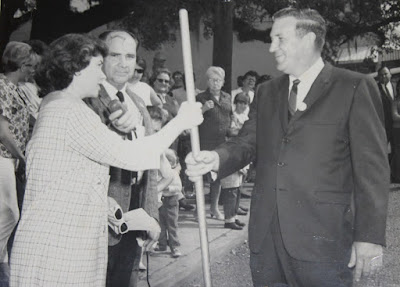 Click on the image to make it larger.
Photo submitted by Pat Clanton.
Posted by Ron Barthet at 4:30 AM