Pat Gallagher has earned a reputation throughout the area as a great cook and restaurant owner. His father Hubie Gallagher was a legendary coach at Covington High, and Pat has become a legend of his own in fine eating and hospitality. 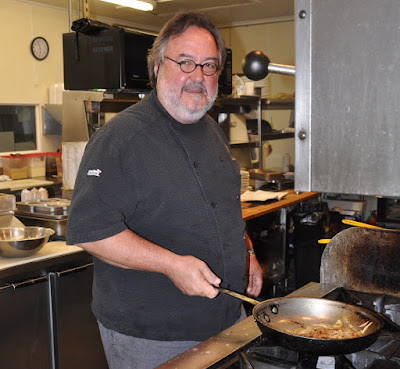 According to his website for his Mandeville restaurant named "527," Pat has deep roots in St. Tammany Parish. His Grandfather, Doctor Geautreaux, was one of the founders of St. Tammany Hospital, and was also the Parish Coroner. His Father, Coach Hubie Gallagher, was inducted into the High School Football Coach Hall of Fame. There is a public park named in his honor as well as the Covington High School Gymnasium. 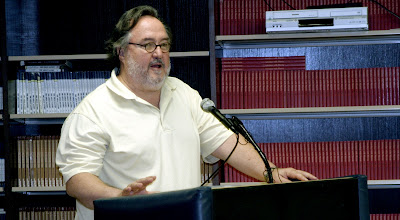 Pat was a guest speaker at the ceremonies dedicating the CHS Gym to his father, Coach Hubie Gallagher in 2013. 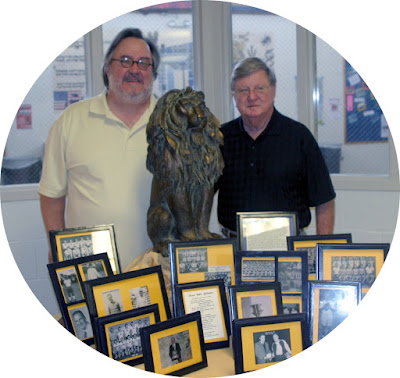 Pat with Gary Schoen with pictures of his father's coaching years.
Pat was a Covington High School Graduate in 1968 and attended University of Louisiana in Lafayette from 1968 – 1973.

After several years in the nursery business in Folsom, Pat opened his first restaurant “The Winner’s Circle” in the heart of Folsom in 1978. He expanded two years later into a two story building south of Folsom. Again expanding, he built a new site on Highway 190 and operated the “Winner’s Circle” there until 1991. 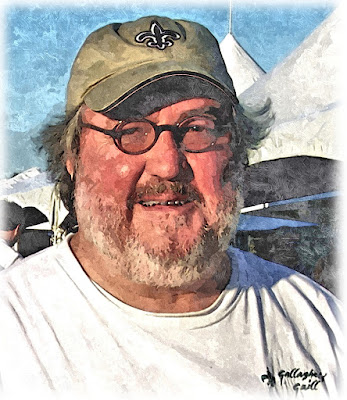 Pat was also a Managing Partner during this period at the old “Bechac” Restaurant on the Lakefront in Mandeville. It was renovated and named the “Camelia Beachhouse” after the old steam ship that carried beach goers between the Southshore and Northshore around the turn of the century. Pat was also commissioned to start up and begin operations at a restaurant located in Natchez, Mississippi, “Brother’s Restaurant & Bar.”

His Natchez endeavors included “Brother’s Café & Bar,” “Gallagher’s On Main”, and “Jose’ Gallagher’s” (mexican cuisine). After getting married and living in Natchez, he and his wife seemed to migrate back to Covington/Mandeville on every vacation and soon felt their place was back in St. Tammany. 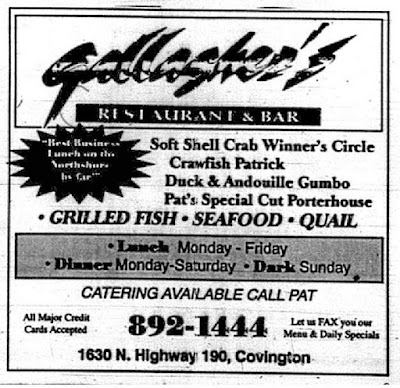 Pat found a suitable location to begin “Gallagher’s Restaurant & Bar” north on Highway 190. His catering business was growing so he opened “Gallagher’s on the Lake” which could seat 150 guests for private parties. It was at the foot of the Causeway in Mandeville. The opportunity for Pat to purchase and operate both businesses in one beautiful location arose.

He secured a purchase agreement for Annadelle’s Plantation in Covington, La. It was an antebellum home with four bed & breakfast rooms next to the Bogue Falaya River. About a year later, he moved both the Restaurant and the Catering facility to Annadele’s in which he had two partners.

Also, he operated a full service catering venue for four years at “Maison Lafitte” in Mandeville until it sold in 2012. In April of 2015, he purchased a second location close to the causeway dubbed “Pat Gallagher’s 527 Restaurant & Bar” at 527 Causeway Blvd in Mandeville. 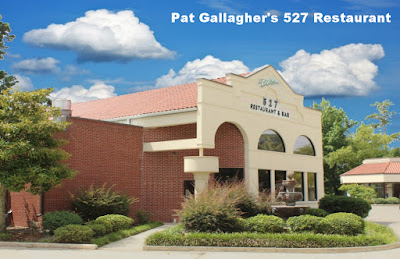 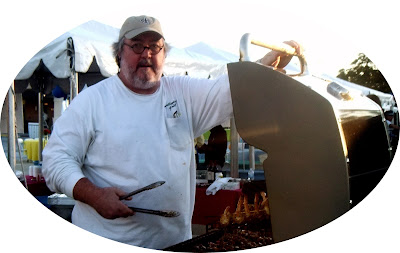 Pat on the scene of the "Men Who Cook" Charity Event

Pat was one of the initial chefs involved in the fund raiser “The Chef’s Soirée.” He also supports “The Hospice Foundation” and the “Children’s Museum Project” in Mandeville, and he donates to the various schools and churches fundraisers annually.

Gallagher’s Grill at the corner of Tyler St. and 17th Avenue in Covington is a community landmark, a favorite lunch and dinner location. 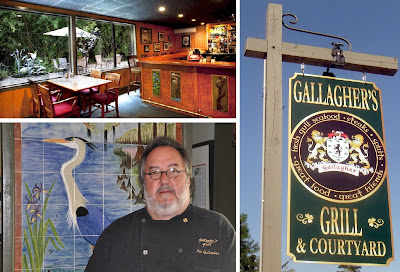 Among his outstanding contributions to the community, Pat started the Northshore St. Patrick's Day Marching Club in 1997. Chef Pat along with two other chefs made 14,000 sought-after crab cakes for Jazz Fest.

He has kept dining rooms full of happy people for decades. Food critic Tom Fitzmorris has praised Pat's kitchen expertise, saying that "Pat's signature grilled quail and lamb chops will blow you away, even if you're a fan of neither quail or lamb. Fresh Louisiana seafood, first-class steaks sizzling in butter, carefully made desserts." 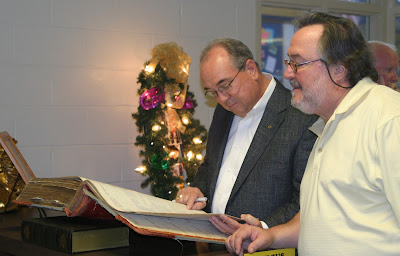