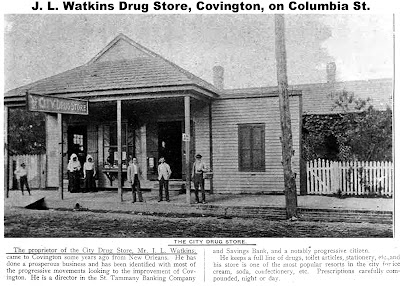 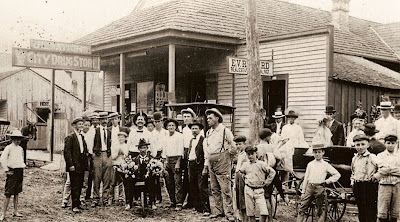 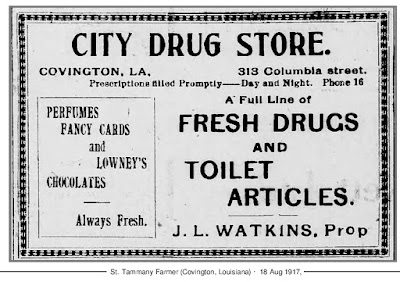 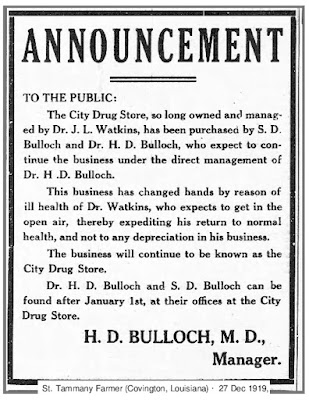 According to "A History of Louisiana, (vol. 2)," pp. 157-158, by Henry E. Chambers, (Published by The American Historical Society, Inc., Chicago and New York, 1925.), Hezzie D. Bulloch, M. D. was among the northshore leaders who represented business, public, professional and social interests of importance. Dr. Bulloch served as a physician and surgeon at Covington, as well as coroner of St. Tammany Parish. 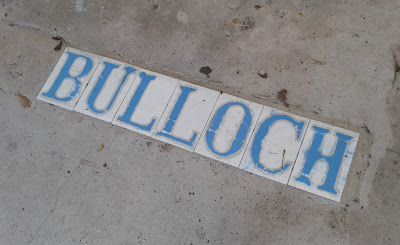 These letter tiles are embedded in the sidewalk in front of City Drug Store location, now occupied by Roy's Knife Shop.

Doctor Bulloch was born in Washington Parish, Louisiana, August 15, 1882, a son of Sandy D. and Ida A. (Varnado) Bulloch, and a grandson of David and Lucinda Bulloch.

His father, one of the representative business men of Covington, was born in Washington Parish, March 16, 1861, grew to manhood there and engaged for a time in farming but later became a merchant.  In 1896 he came to Covington, where he was active in mercantile life for ten years, in the meanwhile becoming interested also in banking, and since the Covington Bank & Trust Company was organized in 1898, has been its first vice president.  For a number of years he was an alderman of Covington.

Hezzie D. Bulloch passed the first fourteen years of his life on the home farm in Washington Parish, where he attended both private and public schools.  Afterwards, the family moved to Covington. He attended Tulane University, New Orleans, and in his fourth year attended the University of the South and graduated in the class of 1903, with his degree of Doctor of Medicine. 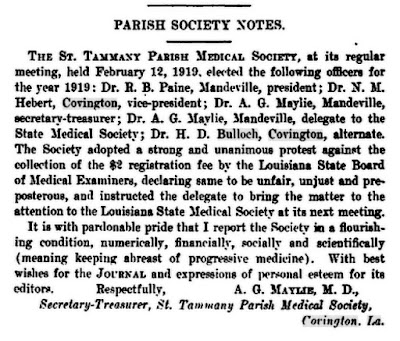 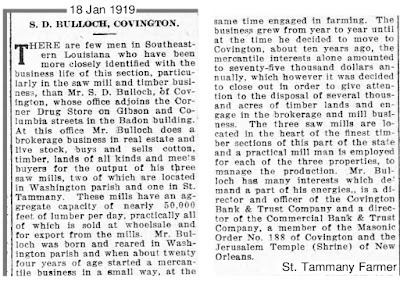 Doctor Bulloch and his family were members of the Baptist Church.  He owned real estate at Folsom, Louisiana, and lived in a comfortable, attractive residence situated on Lockwood Street, Covington, maintaining his offices in the Bulloch Building, a modern structure on Columbia Street, Covington, which was owned by his father. 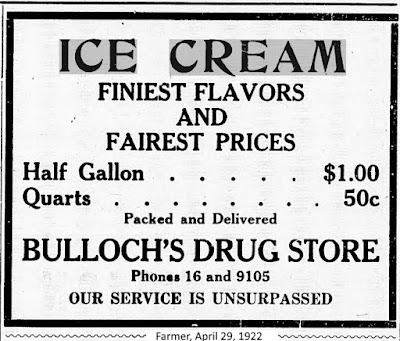 At a community event in 1993, Percy Theriot, one of the last of the original Covington pharmacists, told about the four drug stores of his day which had soda fountains." Theriot and his brother Stanley were the owners and operators of The City Drug Store which was in business between 1926 and the 1970's. It was located in the 300 block of Columbia Street. "In those days, the soda fountain was half of a drugstore's business," Theriot was quoted as saying.

In June 2018 The Covington Heritage Foundation hosted several historical talks showcasing the history of businesses on Columbia Street, including City Drugs (the current location of Roy's Knife and Archery Shop.) 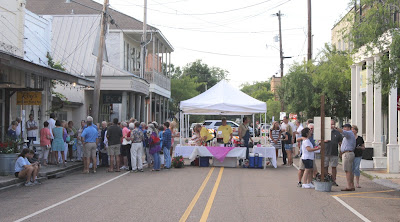 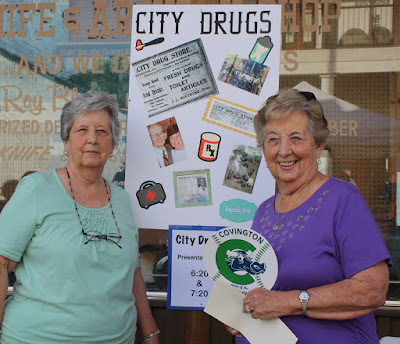 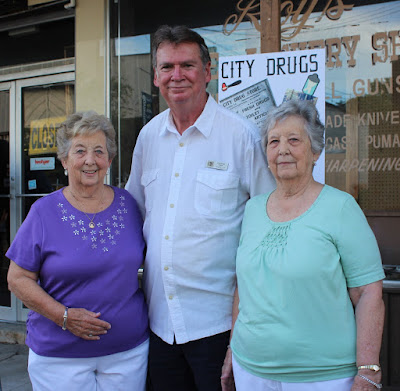 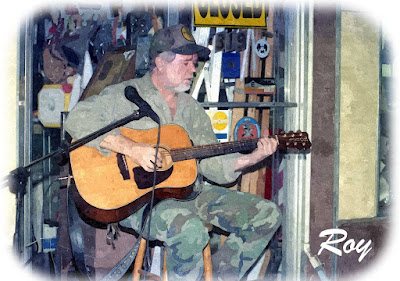 Columbia Street Businesses
Posted by Ron L Barthet at 6:30 AM