In 1917 workers at Jahncke Shipyard in Madisonville were kept busy turning out ships for the wartime effort.   This photograph shows a completed wooden cargo vessel just before it was launched. Hulls of other ships are seen to the left and the right. 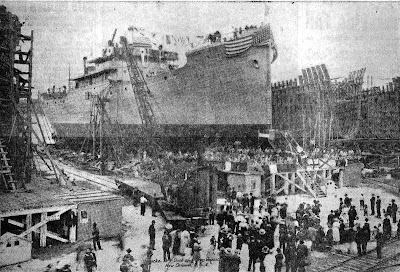