Frederick Home Is On Historic Register

In 1982 the Frederick Home on Vermont Street in Covington was accepted to the National Registry of Historic Places. Here's the article published about that event 37 years ago. Click on the images to make them larger. 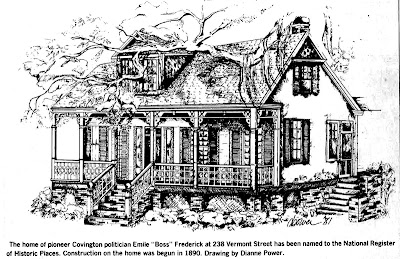 The Frederick House at 228 Vermont St.  was described as a frame, one and a half story, fully developed raised house with Queen Anne/Eastlake ornamentation.

The house is a central hall, double parlor plan structure with a rear kitchen/dining room wing. It is constructed of yellow pine with cypress trim and is raised approximately three feet above the ground on brick piers. 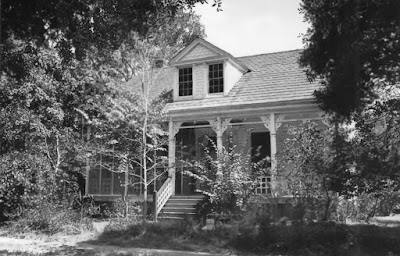 The Frederick House in 1982

The five bay facade features six over nine floor-length windows and a chamfered gallery with Eastlake ornamentation in the upper portions. The roof features an unusual double window dormer.

The historic registry description goes on to say that the house is architectually significant as an architectural landmaker within the context of Covington's sizable heritage of late nineteenth and early twentieth century residences.

Under a section titled Architecture, the historic registry text noted that although Covington was founded in 1813, successive fires during the nineteenth century destroyed most of it. As a result, the present historic building stock dates largely from the late-nineteenth and early-twentieth centuries. At that time the town developed as one of a number of ozone health resort communities north of Lake Pontchartrain, This residential development consisted mainly of shotgun houses, Northshore houses (a local variation of the shotgun house), Queen Anne Revival cottages, small raised cottages (which are architectural descendants of earlier Creole cottages), and bungalows.

"Taken within this context, the Frederick House is conspicuous in several respects.- Firstly, it is one of the largest residences in Covington. Secondly, of Covington's raised cottages, the Frederick House is the only one with a fully developed five bay facade. Finally, the Frederick House has three distinctive ornamental features which are unique in Covington and rare in the rest of the state. These are the styling of the massive front dormer, the curious side gables, and the oriental style balustrades. These features give the Frederick House the status of an individually crafted landmark within an area which is gnerally characterized by lower quality, more standard builder architecture and details of the period.

"The Frederick House is significant in the area of politics/government because its builder and owner, Emile "Boss" Frederick, while residing in the house, was a prominent early-twentieth century Covington politician. He served the town as mayor for two terms, was a member of the city council, and as one newspaper put it, "participated in every movement which promoted the interest of his city and parish."

These contributions were made in the early-twentieth century while Frederick was living in the house. He lived there from the time it was built (1890) until his death in 1945 at the age of 88." 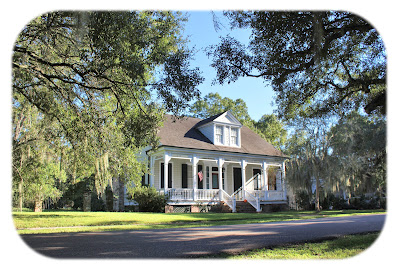