It's Veterans Day, 2019, and a solemn occasion was held in front of the St. Tammany Parish Courthouse in Covington this morning, with several speeches, recognitions, a prayer and a salute by members of American Legion Post No. 16 and VFW Post 8720. 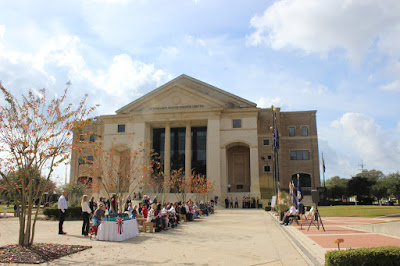 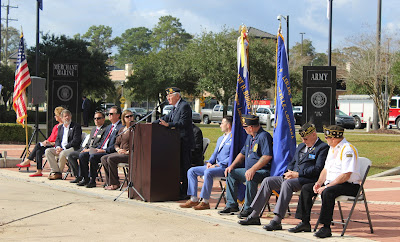 The event marked the 100th anniversary of Veterans Day observances in the nation, the first one being held in 1919 to commemorate the end of World War I. 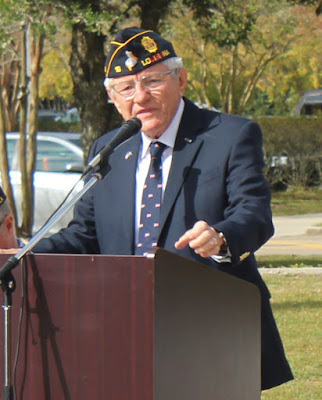 Lane Carson was master of ceremonies for the hour long event. 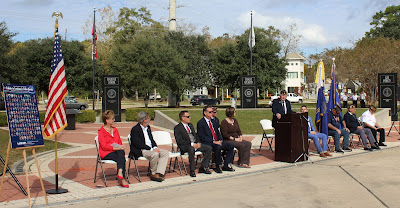 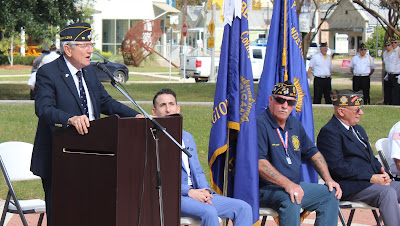 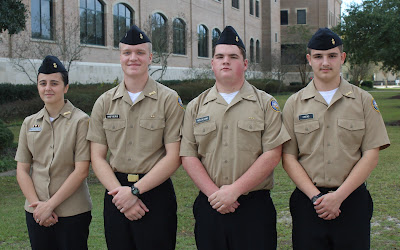 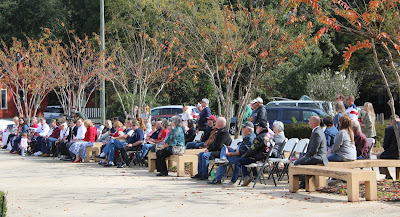 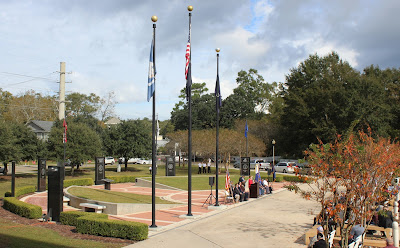 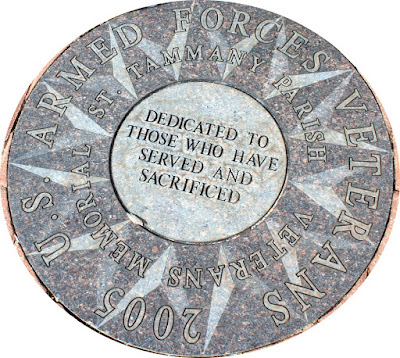 The event took place at the Veterans Memorial Plaza 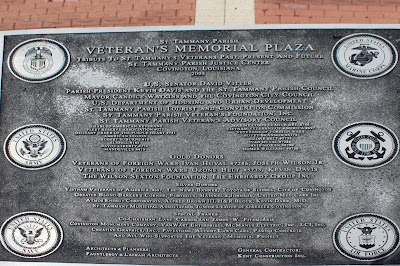 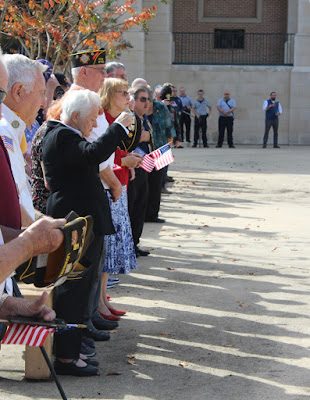 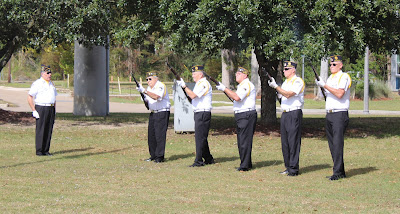 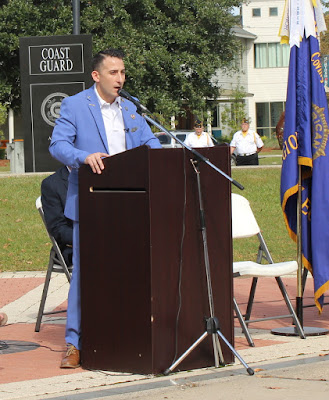 To listen to some of the speeches made during the ceremony, click on the following links: 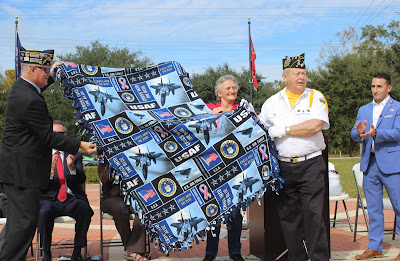 Brenda Ogden (center) with The American Legion Auxiliary presented a specially-made blanket to one of the audience members. 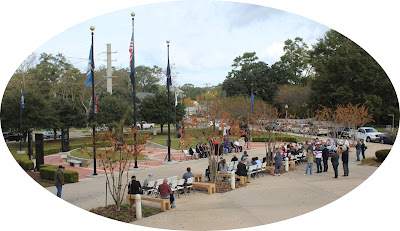 Click above triangle to see video of the event. 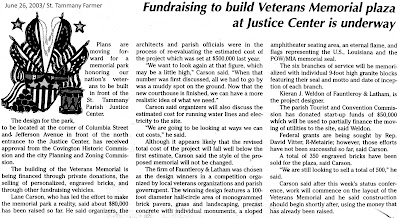 Article from 2003 about the Veterans Plaza
See also: