The annual Veterans day program was held this morning on the north end of the St. Tammany Justice Center in Covington. Robert H. Burns American Legion Post No. 16, Covington, LA, hosted the program this morning, Nov. 11, 2020, with Lane Carson serving as master of ceremonies. 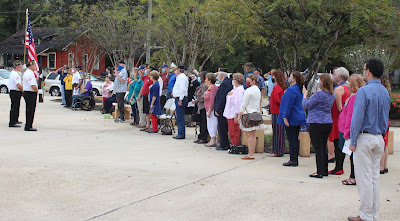 Several dozen veterans and supporters turned out for the special occasion to re-dedicate the bricks that line the Veterans Memorial Plaza.

Carson said he was looking forward to working with Jabbia regarding patriotic programs for the schools as well as the Jr. R.O.T.C. programs. He also mentioned the Academy Days in the schools and the Girls State and Boys State American Legion civic education programs. 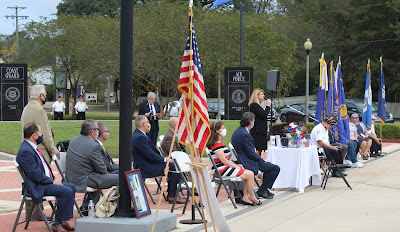 An honorary rifle salute was provided by the honor guard, followed by the playing of taps, and the ringing of "eight bells" end of watch by members of the Covington Police Department. 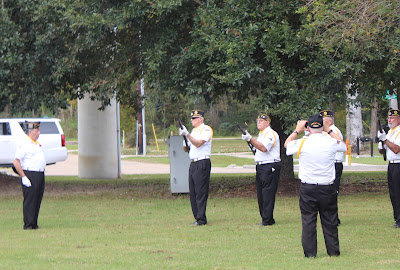 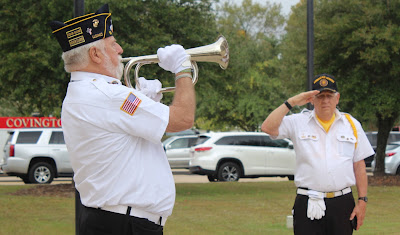 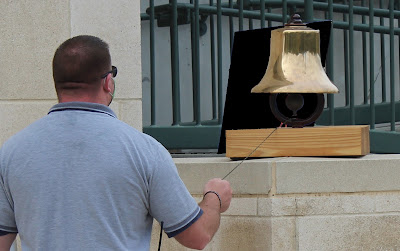 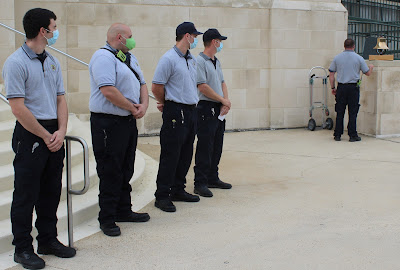 Mike Perfinski with the La. Dept. of Veterans Affairs said the memorial bricks mean a lot to those who knew the individuals the bricks honor. He said his Covington office is open and will help veterans in any way they can.

Parish President Mike Cooper was the special guest speaker, and he told the full meaning of what is said when we tell a veteran "thank you for your service." 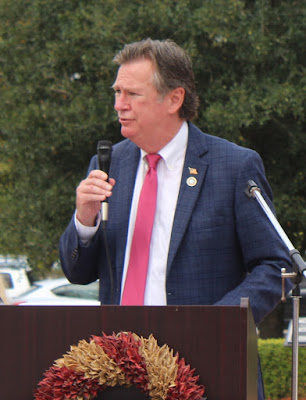 Veterans are to be thanked not only for their service wherever in the world it took them, but he said it was also important to realize that serving meant them leaving their families for an overseas tour and missing out on baby's first steps, children's first day of school, and several other key family landmark events.

"They are pledging to be willing to place their lives at risk,  while putting other areas of their lives on hold," he explained. "Thank you for protecting our freedoms so that every American can enjoy their liberty."

He thanked American Legion Post 16 for hosting the event every year in support of the veterans of the community.  There are 30,000 veterans in St. Tammany Parish, he said, adding that one in ten citizens of St. Tammany Parish have served with the military.

"It's time to reflect how strong and resilient our nation is because of the men and women who have served this country in the military," he said.

Over 500 bricks in the memorial plaza have been refurbished this year, he said, concluding by saying "to all of our veterans today, we thank you. God bless you and God bless America. " 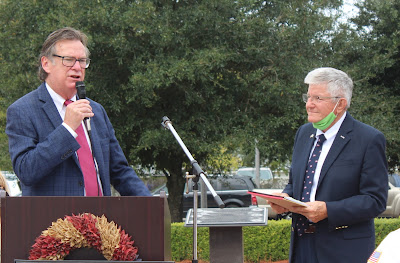 He also thanked Lane Carson for his tireless efforts in putting the memorial plaza together, its continuing improvements, and rallying efforts.

Lane Carson announced the unveiling of a new "Brick Registry" on a stand near the Veterans Memorial Plaza. The Registry opens up to provide a listing of all engraved bricks and their location, so visitors can easily find the brick they are looking for. 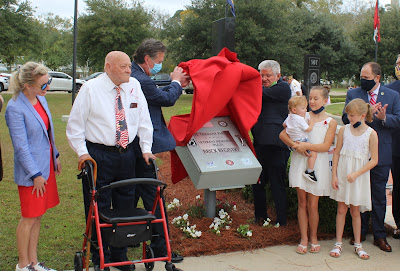 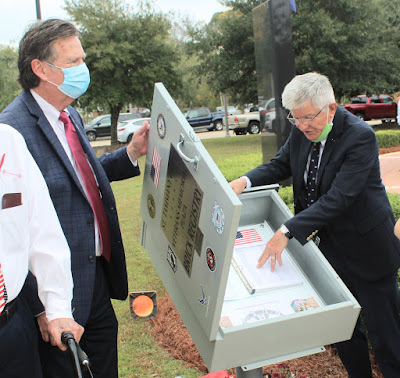 Members of the Pierre de Mandeville Chapter, NSDAR (Daughters of the American Revolution) were on hand to help visitors use the new registry of engraved bricks. 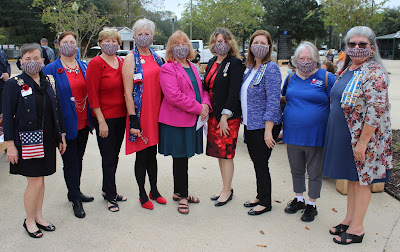 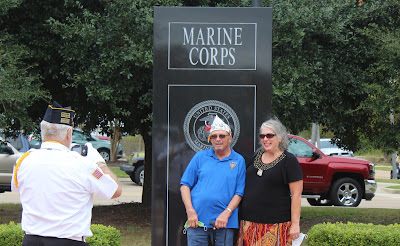 Several veterans posed for pictures next to their service branch markers. 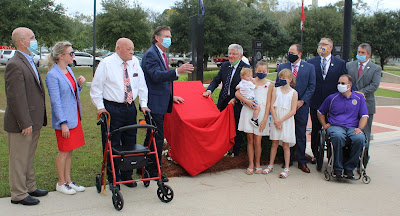 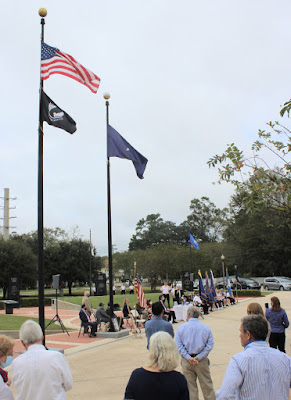 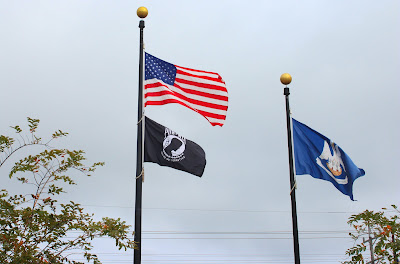 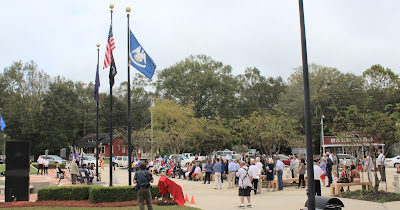 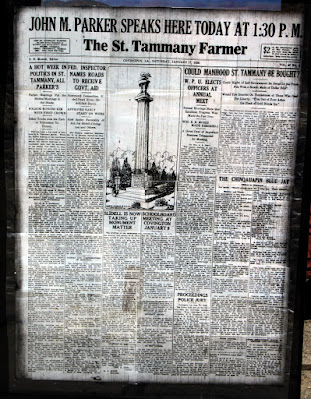 A copy of the January 17, 1920, front page of the St. Tammany Farmer newspaper was on display, telling of the plans for the Veterans Memorial that now stands in front of the old courthouse building on Boston Street. 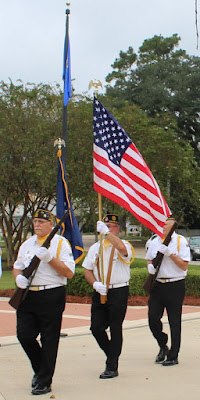 The honor guard presents the colors. 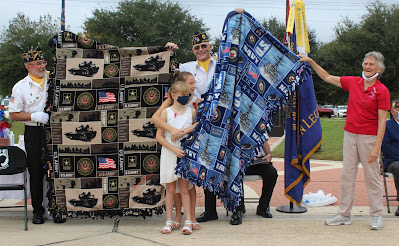 In a surprise presentation, two Veterans were presented with gifts. 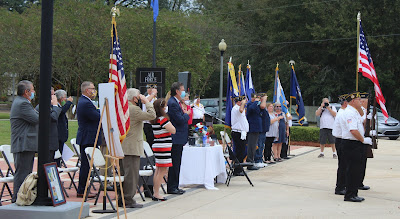 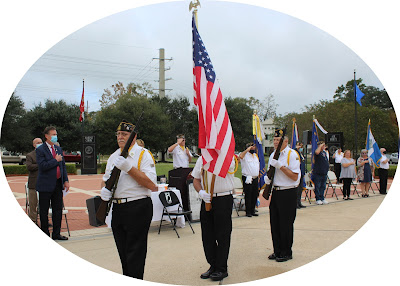 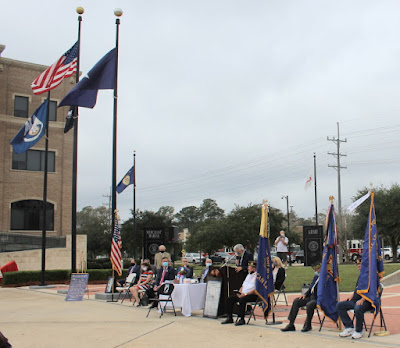 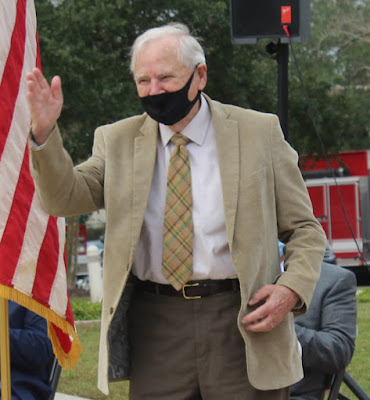 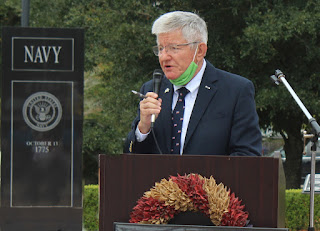 Carson served as Secretary of the Louisiana Department of Veterans Affairs in the administration of former Louisiana Governor Bobby Jindal. He is also a former chief of the Civil Division of the 22nd Judicial District for St. Tammany Parish and a former member of the Louisiana House of Representatives. 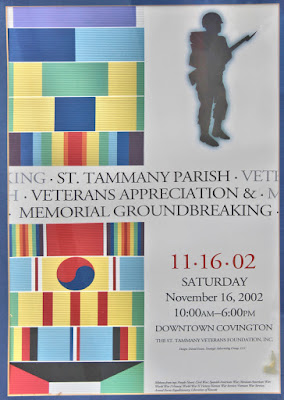 Carson explained that it was in 2002 that the St. Tammany Veterans Foundation was created to raise the funds to build the Veterans Memorial Plaza that they were now re-dedicating. James Fitzmorris served as Co-Chairman for that effort. Then, three years later in 2005, the plaza was finished. 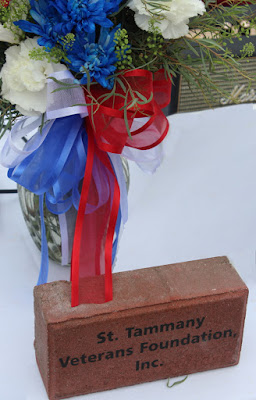 Lane also named the eight members of the military from St. Tammany Parish who gave their lives in the war on Terrorism.