The 14th annual Parish President's Arts Awards were held Thursday evening, Nov. 19, 2020, at the Koop Drive Trailhead Pavilion, with John Snell as master of ceremonies and Mike Cooper as presenter of the awards.

Eight individuals and two companies were honored in ten different categories. Recipients were chosen by the St. Tammany Parish Commission on Cultural Affairs, many members of which were present for the occasion. 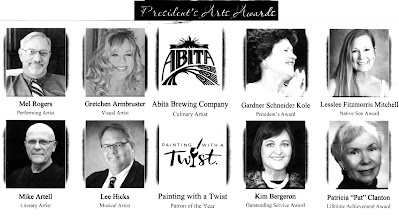 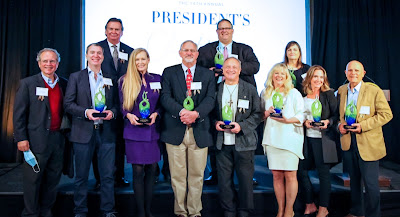 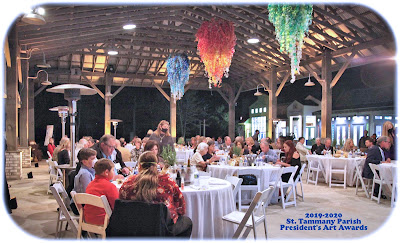 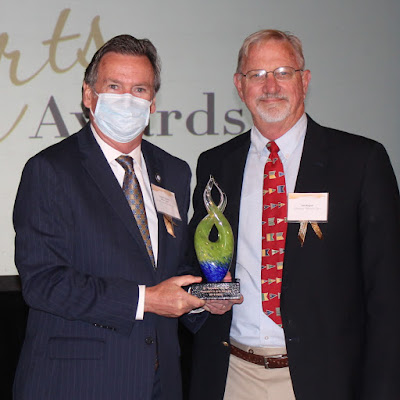 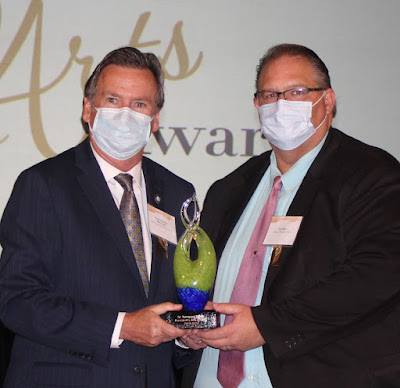 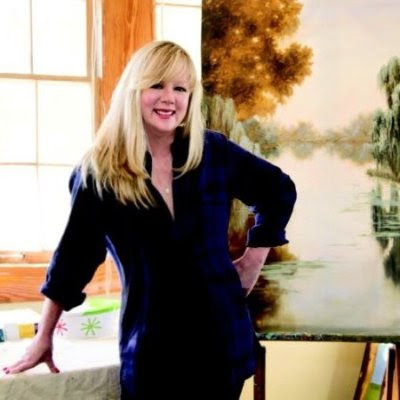 Each recipient was given a chance to tell about themselves, their vision, their accomplishments, and their hopes for sharing and developing talents in others. They all gave encouraging messages about the talent of St. Tammany residents. 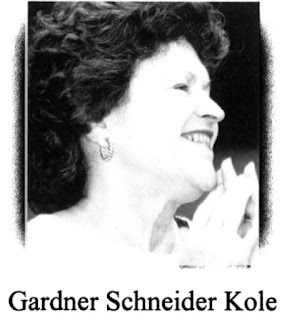 Her sons Pete and Chris Schneider accepted the President's Award for their mother Gardner Schneider Kole, who died last January 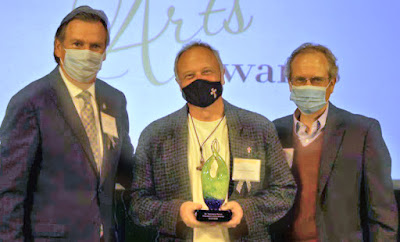 Mike Artell, the winner of the Literary Artist recognition, is an award-winning children’s author/illustrator and TV cartoonist. He has written more than 45 books (most of which he has also illustrated) and he has created greeting cards, posters and editorial cartoons for some of the country’s most well-know publishing and media outlets. 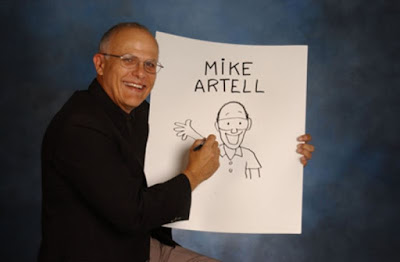 The success stories of Abita Brewing Company and Painting with a Twist were particularly fascinating, given the unforeseen national success of the businesses. 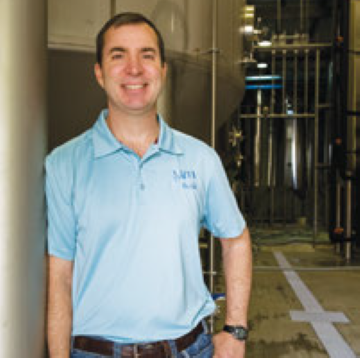 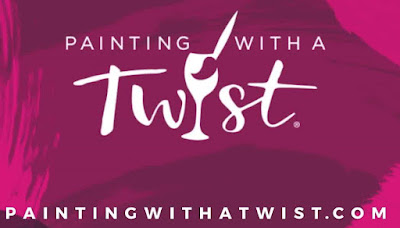 Painting With A Twist won the honor for Patron of the Year. 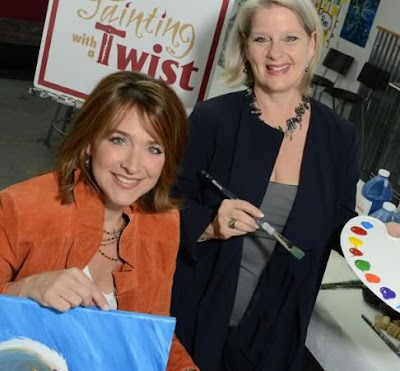 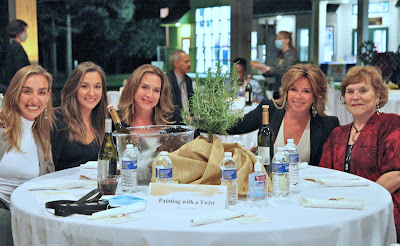 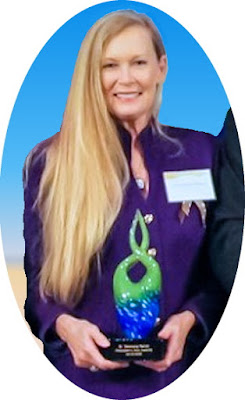 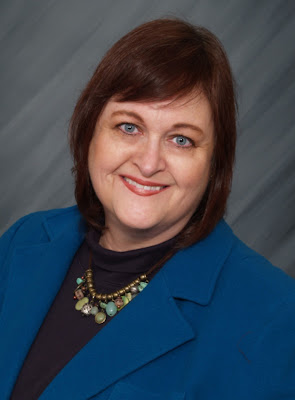 Kim Bergeron won the Outstanding Service Award for her many arts related promotional events in Slidell. 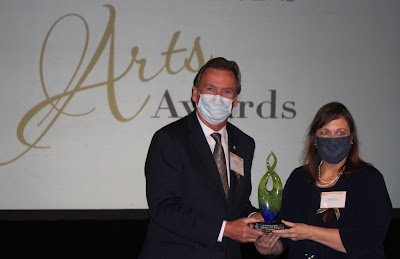 Cooper presents Kim Bergeron with her award
Click here for link to YouTube video of Kim Bergeron's comments.
--------------------------------------
Patricia Clanton was awarded the Lifetime Achievement Award. In her talk, she spoke of Columbia Landing, her family, her theatrical background and her work as executive director of the chamber of commerce and the first woman elected to the Covington City Council. 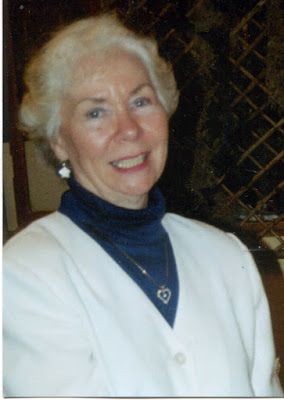 Lesslee Fitzmorris Mitchell was interviewed several years ago at THIS LINK.

Pat Clanton's life and community achievements can be found at THIS LINK.

Gretchen Armbruster was profiled by Edge of the Lake Magazine. CLICK HERE. 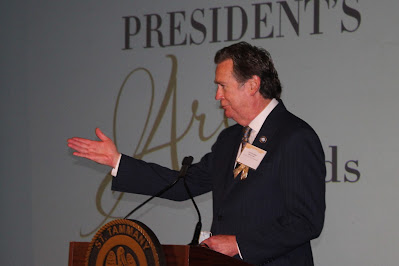 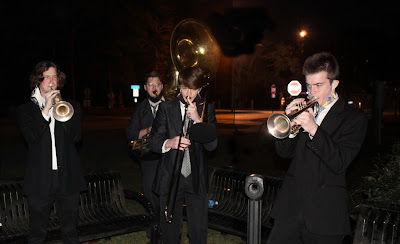 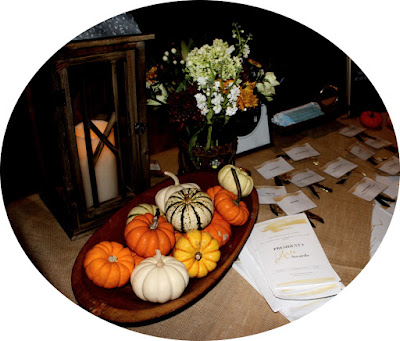 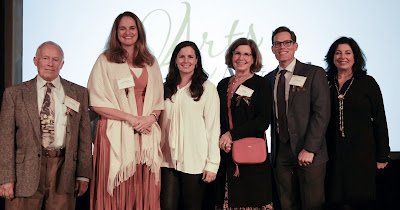 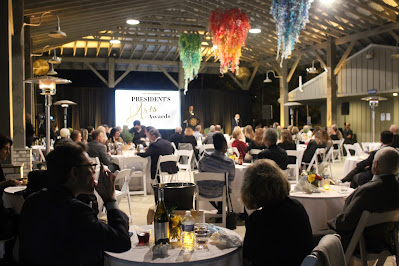 The awards were created by Solange Ledwith of Swamp Girl Glass Blowing in Slidell.

After the awards event, attendees were invited to walk through the nearby Children's Museum of St. Tammany for a look at the new exhibits and facilities.