Eleven years ago, in 2009, a special awards ceremony was held at the Louisiana Heart Hospital in Lacombe. It was the fourth annual St. Tammany Parish President's Art Awards.

The St. Tammany Parish President's Commission on Cultural Affairs named Slidell area theater star Ray Perer as its "Performing Artist of the Year." In this short video, Commission vice chairman Stephen Cefalu described Perer's career, both professional and in Little Theater, in Slidell and Covington as well. Plus there's an interview with the man himself about his life and times.


To view a video of the presentation, CLICK HERE. 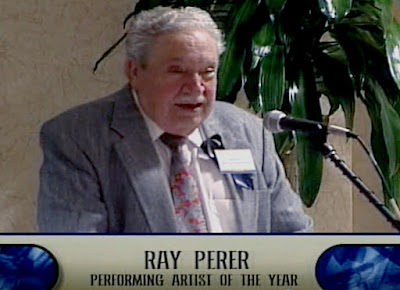 Video by Channel 10, Access St. Tammany
Posted by Ron Barthet at 8:31 AM