In 2016 Pat Clanton spoke at the Southern hotel to the 50th anniversary meeting of the Louisiana Annual Preservation Conference. She gave a presentation on community efforts to restore the end of Columbia Street as a park in memory of the active dock that was once at that location.

She called her talk "Reclaiming and Rebuilding Public Spaces," and her beginning statement was that "The footpaths of the Future are guided by the Footprints of the Past." 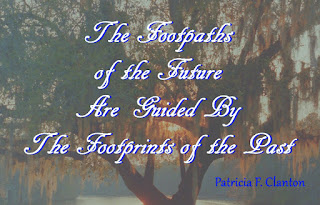 Accompanying her talk was a 15 minute slide show of her work on Columbia Landing, the parish fairgrounds arch and other landmarks around Covington.

The slide presentation with narration

Click on the "play triangle" above to view the video and hear the audio.
Mrs. Clanton spearheaded the restoration of the area at the foot of Columbia Street in 1994, after seeing that it had become overgrown and unusable as a place to sit and enjoy the river. 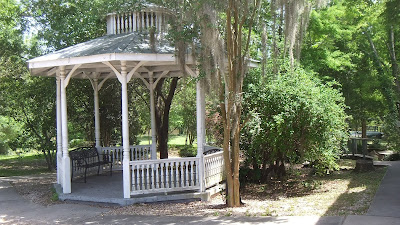 A number of volunteers showed up to help in the project, a gazebo was added at the top of the path down to the river, and the plans included a water fountain, a larger artistic archway at the bottom, a stage/platform near the river, and benches for visitors to sit on. There are even a couple of low to the ground platforms to facilitate picnic gatherings.

While termed a "pocket park," the location is actually of significant historical interest since the river was at one time the main entrance and exit of Covington with the roads and railroad tracks to come later.

Mail would come by boat, hundreds of visitors would arrive by schooner from New Orleans, and tons of farm produce from as far away as Columbia, Mississippi, would be loaded onto the cargo vessels for delivery to New Orleans. 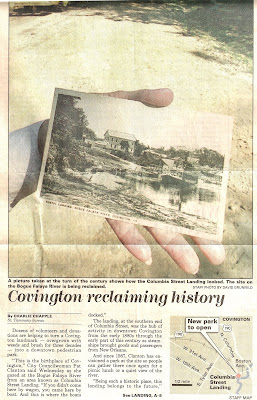 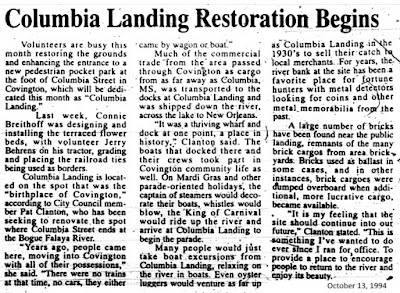 Connie Breithoff designed & installed the terraced flower beds, and Jerry Behrens with his tractor graded and placed the railroad ties used as borders. 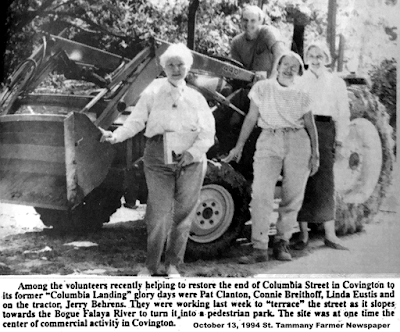 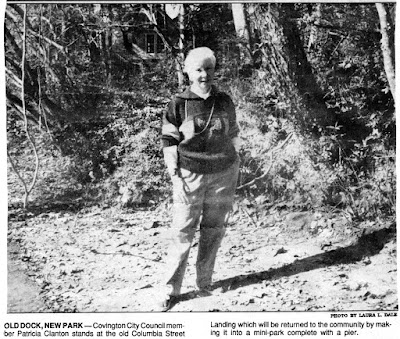 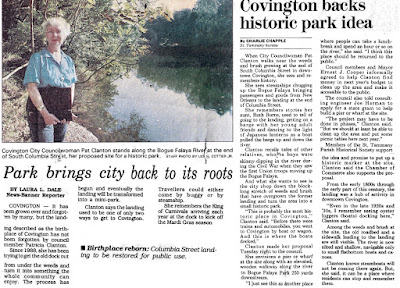 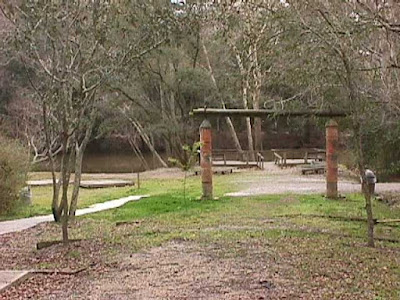 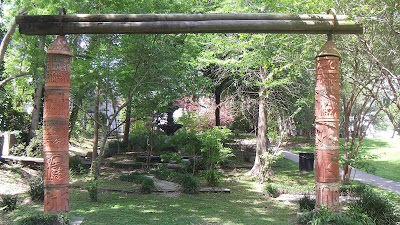 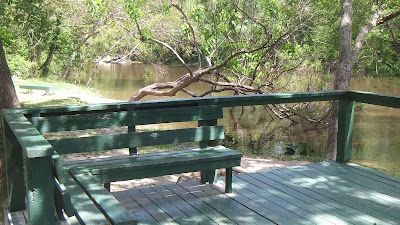 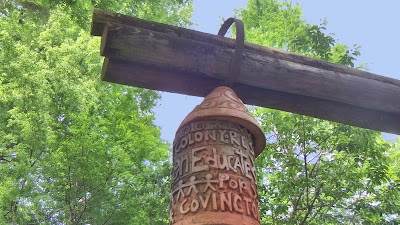 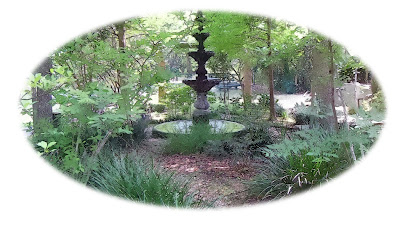