Chef Rene Nicolas was born on September 14, 1919, in France and died on April 10, 1992, of a heart attack at the age of 72, according to an article by Reni Haley published in the Times Picayune 28 years ago.
Chef Rene worked at Maxim's in Paris in 1934 and 1935 and began his chef apprenticeship at the age of 13. He learned culinary expertise at the famed Cordon Bleu school in Nice, France, and left his home in Avignon in France's Rhone Valley in 1949 to come the United States. 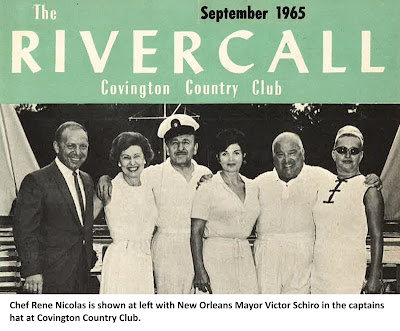 In September of 1965, some 55 years ago, this picture appeared on the cover of the Covington Country Club magazine "Rivercall."
This was followed by six decades of experience in New York, New Orleans and St. Tammany Parish. Among his first cooking jobs here was at the Plaza Hotel in New York, but at the invitation of Seymour P. Weiss (who owned the Roosevelt Hotel in New Orleans), he came to Louisiana in 1959. He served as executive chef there for eight years, according to his wife.

He eventually made the move to the northshore, with his first St. Tammany restaurant in Old Golden Shores subdivision. He soon moved his culinary talents to a riverside location in Madisonville. The Riverboat Tchefuncte became a favorite among area diners. 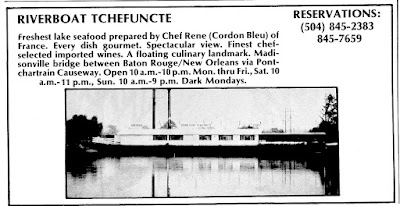 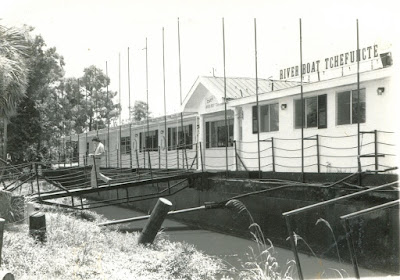 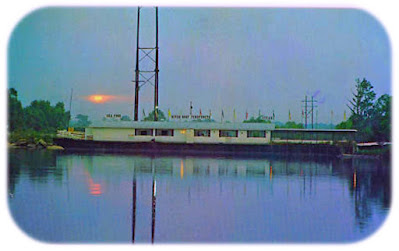 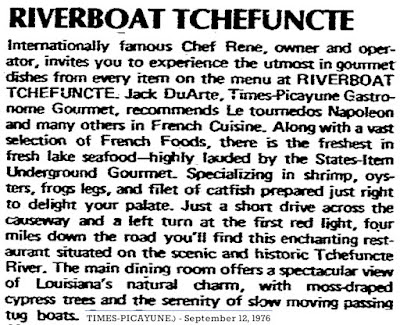 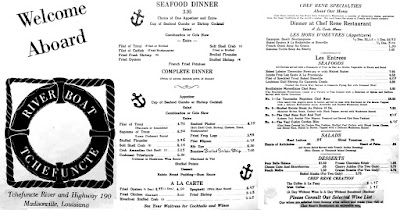 When the opportunity arose to have a restaurant on North Causeway Blvd., in Mandeville, Chef Rene opened Rene's Restaurant Francais just off the end of the causeway bridge.  That establishment closed after two years when local residents criticized him for cutting down trees to build his parking lot.

He was known throughout the community as a giving "people person", remembered for preparing gourmet meals for residents at St. Anna's Residence, a nursing home in New Orleans where his wife was an administrator. 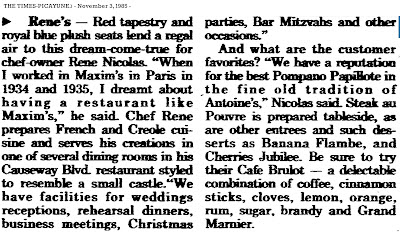 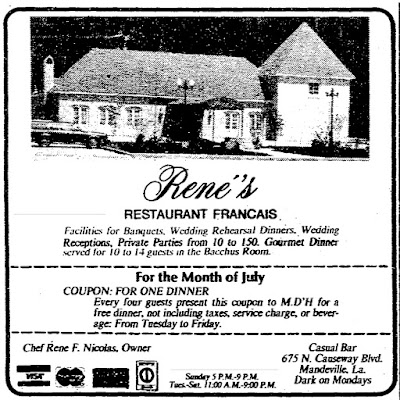