This photo shows the Bernard Barrere General Merchantile building next to an old bank on North Columbia St. in Covington around 1906.  According to research done by Jack Terry, it is believed that Louis Wehrli acquired Lots 4 and 5 (about 90 ft) on Columbia Street in 1895 for $2700. He then sold 30 feet of that to the bank in 1898.

Most likely the Barrere building as seen next to the bank existed when Wehrli purchased it.  He acquired the property from Mrs Julia Pechin, wife of Maltes Zerga.  This building may have occupied the same location as the St. Tammany Art Association building does today. 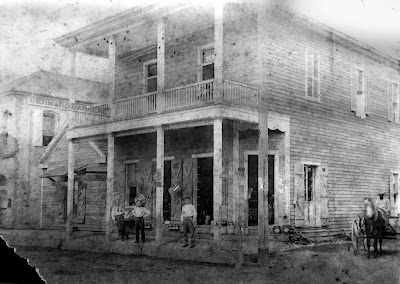 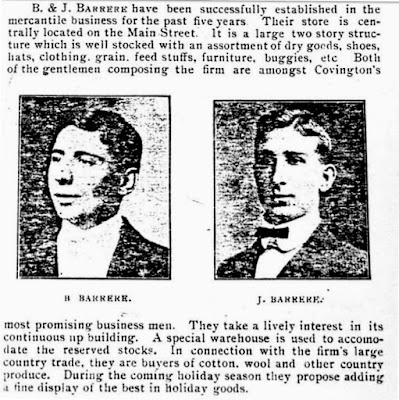 From a 1905 Advertising Booklet 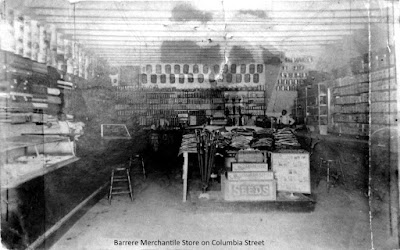 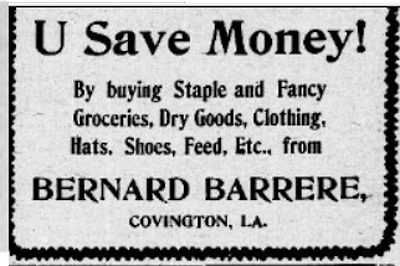