This article and photo details the opening of the new Covington Bank & Trust Company in the brand new two story brick building on the southeast corner of the intersection of Columbia Street and East Boston Street in Covington. The year was 1908. 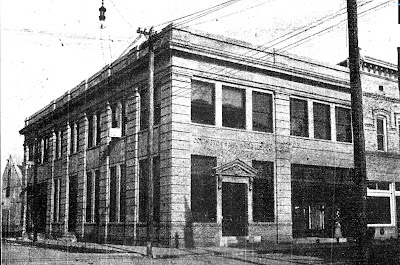 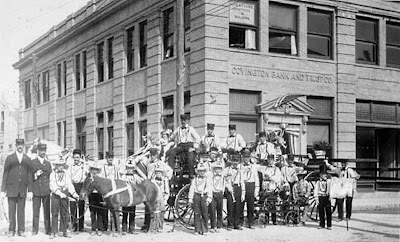 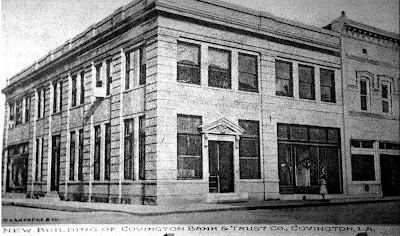 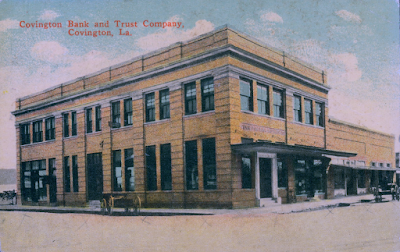 The two-story masonry commercial building was built in 1906 for the Covington Bank & Trust Co. The first floor and Columbia St. facade were modernized in the 1960's for use as a shoe store. Renovations in the latter part of the 20th century included a new stairway and elevator, new electrical, plumbing and heating systems as well as a new roof. The second floor was re-developed as 4500 square feet of office space. The 2nd floor was last used as office space during World War II, it was said.
Posted by Ron Barthet at 3:00 AM