He made his first appearance on the Tchefuncte River in 1804 after being hired by Spanish Surveying General Carlos Trudeau. Due to the Louisiana Purchase, people were getting land boundaries confused on the north shore and there was a backlog of survey work. "By profession David Morgan Sr. was a civil engineer and shipyard owner. He worked around the Boston and Plymouth area, prior to leaving for the Natchez area circa 1800. In 1803 he found himself in Louisiana.

It is believed that his father, Captain John Morgan, surveyed with George Washington, and David Bannister was the government surveyor who surveyed Louisiana and Mississippi.
Morgan went on to serve in the Louisiana territorial legislature, was a member of the Constitutional convention, and after the admission of Louisiana to the Union, was in the state legislature.

A plaque in the Cabildo Museum in New Orleans explains the role that General Morgan played during the "Battle Of New Orleans". "Simultaneous with the main battle on the east bank of the Mississippi, U.S. and British forces engaged in combat on the west bank.British Colonel William Thornton led 300 soldiers, 200 marines, 200 sailors and part of the 5th West India Regiment against about 1000 Louisiana and Kentucky militiamen commanded by Brigadier General David B. Morgan."

Reports indicated that he did not have enough men for the battle, and that the Kentucky troops who were sent to him had no weapons and no provisions.

The British attempted to reach the city of New Orleans via the west bank and were going to flank Andrew Jackson's main line. Morgan managed to delay them allowing Jackson to be successful. When overpowered by the British the Kentucky troops did the only thing they could do which was retreat or be killed. Morgan had repeatedly requested to Jackson for more men, weapons and supplies to which Jackson did little.

Later after the battle Jackson spoke harshly of the outcome of Morgan's command on the west bank which caused hard feelings between them. Morgan did everything he could with what he had and actually saved Jackson from defeat, historic researchers concluded.

In 1820, David Morgan Sr. acquired a piece of property from his brother-in-law, Jean Baptiste Baham (Marie Constance Baham's brother).The property was located on the east bank of the Tchefuncta River and David Morgan Sr. used that property as a brickyard." 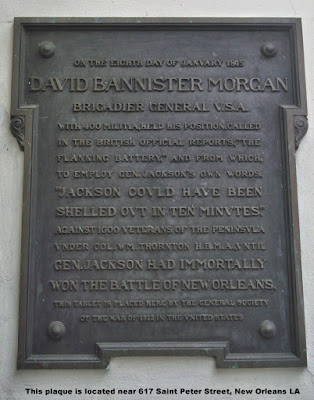 Before Notary Seghers, New Orleans, Edmund John Forstall, President of the Citizens' Bank of Louisiana, declared that he had taken cognizance of an act passed before Judge Lyman Briggs of Saint Tammany Parish on 1838 July 25, by which [General] David Bannister Morgan and his wife Mary Constance Baham, both of the same parish, created a mortgage in favor of the Citizens' Bank to secure acquisition of an additional twenty shares of capital stock valued at $2,000. The Morgans mortgaged five lots they owned on Apollon Street in Faubourg Religieuses. 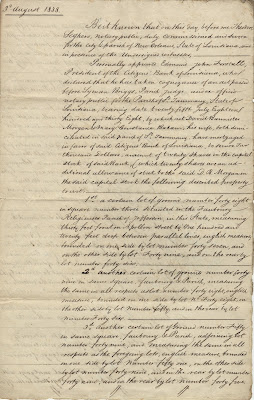 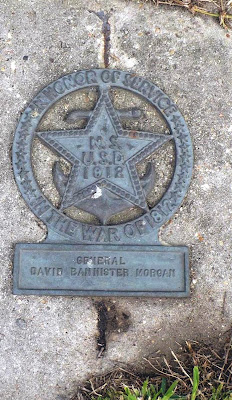 A plaque upon his gravestone 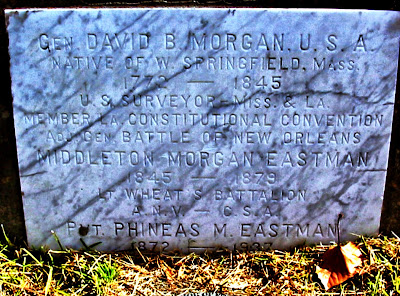