Reminiscences of Summers in Covington during World War II

In 2013, Maunsel White and J.B. Kiefer shared on Facebook these reminiscences of summers in Covington during World War II.

Maunsel stated: "I know that I am quite nostalgic about my time spent in Covington during the wartime. For instance, being dropped off at the Star Theater on Saturday afternoons; for a quarter you could see a double feature and buy enough eats for both movies. Afterwards, we would walk over to Hebert's Drug Store and buy comic books to take home. 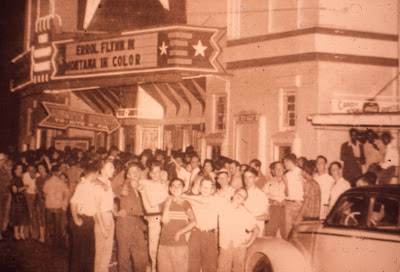 "In those days, the communities of Covington, Mandeville and Madisonville were considered far away from each other, way too distant for mothers to drive and mix play for kids. In fact, the trip from New Orleans was never a "day" trip. No one I knew lived on the North shore and commuted daily to work.

"The trip going north for me living uptown began on Jefferson Davis, then out Hagan Avenue, then out to Gentilly Road, then Highway 11 which took you to Slidell across the "Five Mile " bridge, then into Slidell along the railroad tracks (past the White Kitchen) where you turned north to go thru Lacombe, then Mandeville, then Claiborne Hill, then towards Bogalusa on Military Road. This trip took at least 3 hours.

"Today, the present route and roads make the trip less than an hour. When I was brought there when school closed for the summer, I did not return to New Orleans until after Labor Day and only then if there was no hurricane threatening.

"During the time that I was in that area ( 1941 thru 1951), there were many anecdotes of spending summers in that area. Of course there was no television needless to say. But a family lifestyle was entirely different. Sundays included massive dinners where the men all told war stories or argued politics.

"At night we went over to the Tchefuncta River to either lay our trot lines for big catfish using octagon soap for bait. Then we would frog gig along the shore. Then we would go back and check the trot lines. By then it was midnight and back to the house. 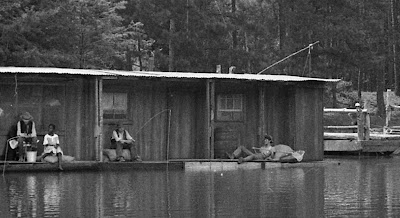 "That was the lifestyle. Unless it was bad weather, all activities were outdoors. The only indoor activity I can remember was reading our summer reading assignments from Newman School, reading 10 cent comic books or playing "battle" and "fish" with cards. It was very special to have soldiers on furlough visit and tell war stories and bring us souvenirs from the war. To me as a seven year old WWII was even more exciting than "cops and robbers".

"We all had imitation guns and hand grenades and helmets and metal water bottles. For the young kids, the war stimulated the imagination. And just about all the kids I knew had an arsenal of miniature soldiers, tanks, etc. And as a child, we had miniature train sets provided by American Flyer and Lionel which also provided an indoor version of the war effort."