One of Mandeville's most treasured homes from long ago is the Jean Baptiste Lang House. It is now the setting for an area museum as well as an events venue.

The Jean Baptiste Lang House in Mandeville was originally located on the lakefront near Wilkerson St., but after Hurricane Katrina caused significant damage, it was moved to 605 Carroll Street, just south of Tammany Trace, renovated, restored and turned into a museum. It was originally built in the early 1850's.

Volunteers from the Old Mandeville Historic Association give free half-hour tours of the property Wednesdays through Saturdays, with more detailed informational tours available on Thursdays from the "principal renovator." The hours are from 10 a.m. to 4 p.m. on Wednesday, Thursday and Fridays, and on Saturdays from 10 a.m. to 1 p.m. For obvious reasons, it is closed during the month of August. 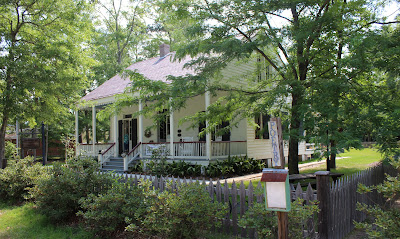 The six-room house is built with thick tongue and groove planks and filled with photographs, artifacts, and period furniture that harkens back to Mandeville's summer resort days. Now owned by the city, it sits adjacent to the Kierr Family Gardens, a quiet and serene location.

While the house was originally just a three room structure, its rear porch was closed in and divided into three rooms, one of which featured a raised brick floor underneath which probably served as a food cooling area and wine cellar.  Now a new back porch has been added, lined with inviting rocking chairs overlooking the back yard garden area. 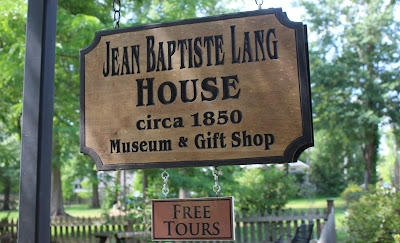 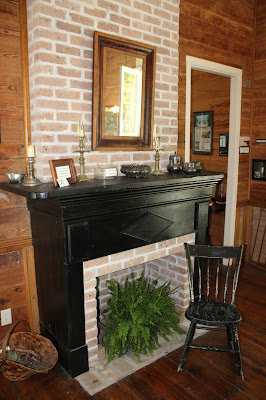 The Lang House museum features a Creole double fireplace, a back-to-back fireplace with one side facing the sitting room and the other facing the master bedroom. Some years ago, the fireplace had been removed, so it was rebuilt using St. Joe brick during the recent renovation and restoration. 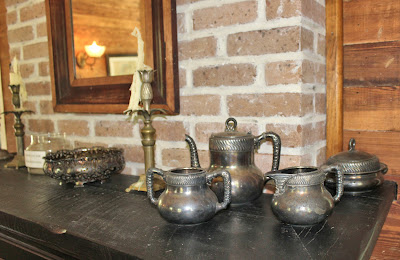 Care has been taken to repair, fix-up and paint the structure, but still retain open patches in the finish that reveal the original paint colors and wood texture. 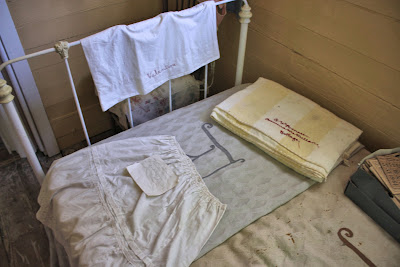 There's even a room dedicated to the famous "Rest Awhile" resort on the lakefront, furnished with items from that location. Rest Awhile was built in 1880 as the Frapart Hotel, one of the five hotels on the lakefront at one time. In 1903 it was donated to a New Orleans Christian Service charity, the International Society of the Sons and Daughters of the King, which turned it into a "retreat center" for poor working women from New Orleans. 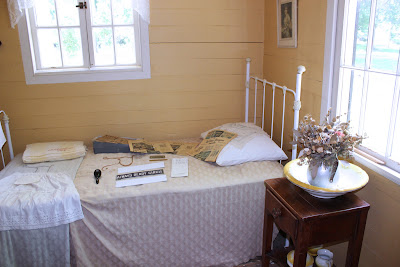 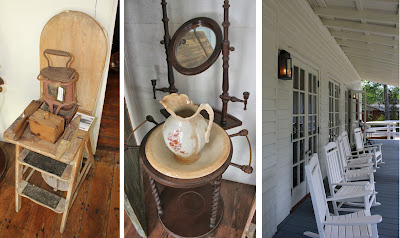 Some of the more interesting scenes in the house. 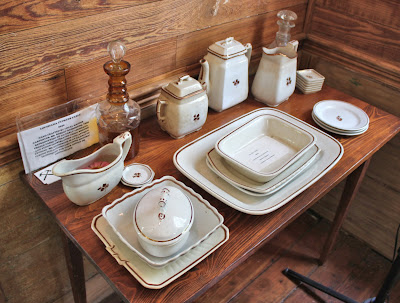 Mandeville was a grand resort back in the late 1800's, with hotels, a casino and restaurants. There were water slides in the lake, piers stretching out into the water, and even a steamboat dock and street car trolley to bring visitors into Mandeville, Abita Springs and Covington.

According to the Lang House tour guide, Mandeville was originally part of Bernard deMarigny's Fontainebleau Plantation. In 1834, he subdivided  the land, laid out a street plan, and sold most all the lots at auction within three days. It is reported to be the first subdivision in the United States to be developed and sold using that method. 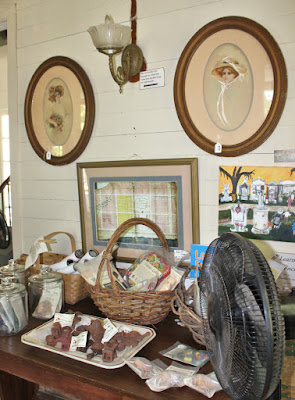 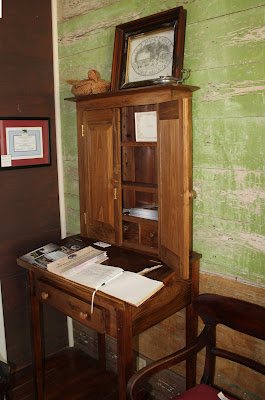 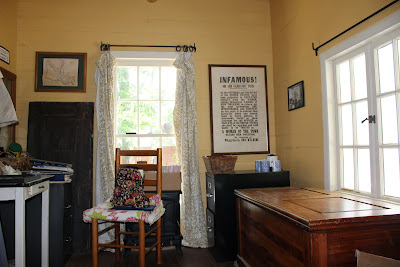 This room has a raised floor due to the brick cooling cellar underneath it. 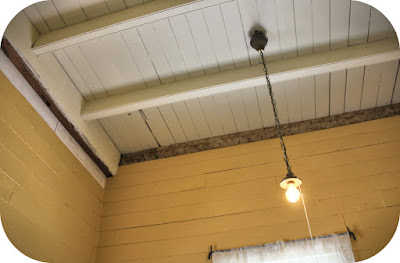 Efforts have been made to keep the construction methods and materials evident, that is why some areas have been left open to reveal the layering of the walls and how the structure was put together. 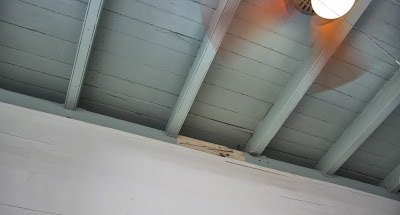 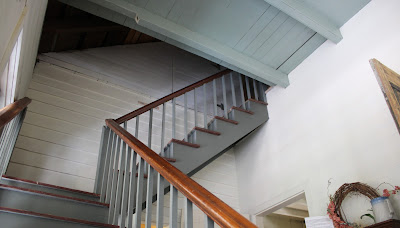 In the original house, the attic storage area was accessed through shuttered windows in the gables at each end, but around 1900 the first year-round resident/owner, a Mr. Zatarain, made a couple of bedrooms in the attic and built this staircase leading up to the second floor. When the house was moved from the lakefront, the roof was removed for the transport so the attic bedroom space was lost. 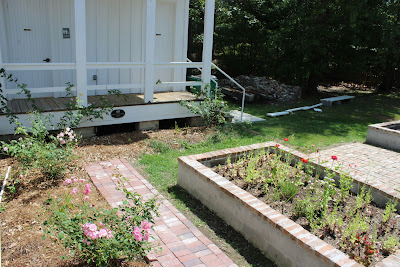 Modern bathrooms were added by the city to a separate building in the back, just north of the attractive brick planters and patio put in by the Master Gardeners. A "kitchen garden" was planted near the back of the building to provide fresh herbs and spices for dinner preparations. 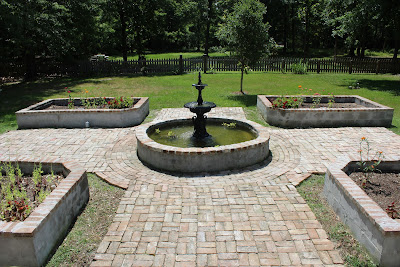 A splashing fountain represents the many free-flowing artesian wells that once graced Mandeville's estate homes and hotel resorts. Many of those early artesian wells in Mandeville are being re-discovered and renovated. 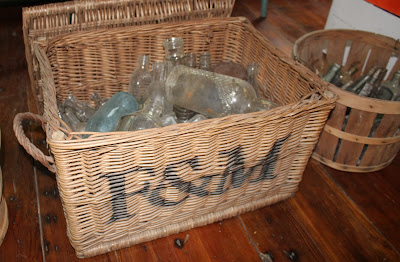 Bottle collecting has turned out to be a major hobby in the Mandeville area, primarily because there seem to be a lot of antique bottles to be found on the old homesites throughout the town. 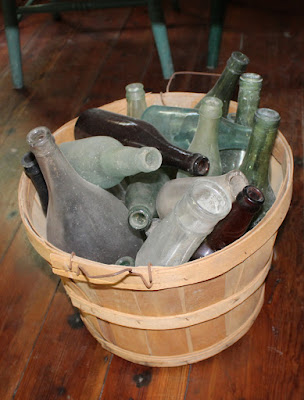 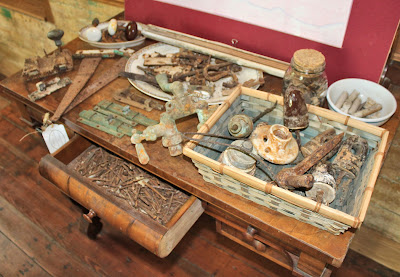 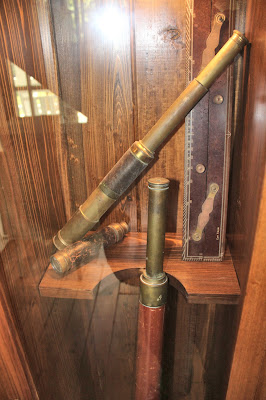 The Kierr Family donated several antique nautical navigational items from a personal collection to display in the home. 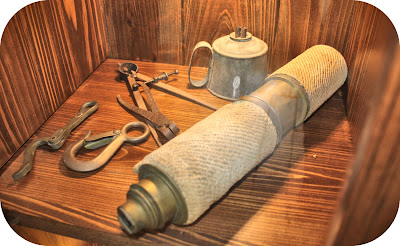 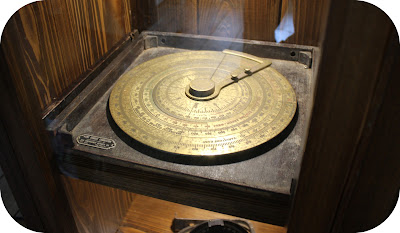 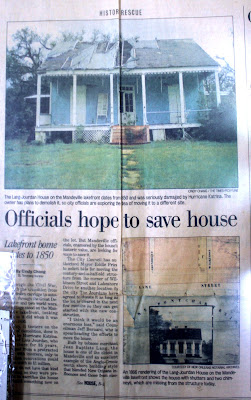 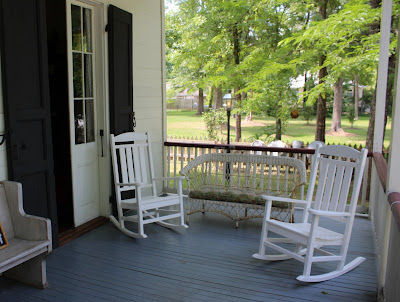 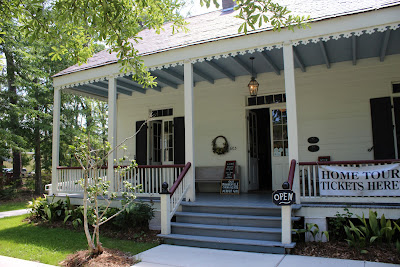 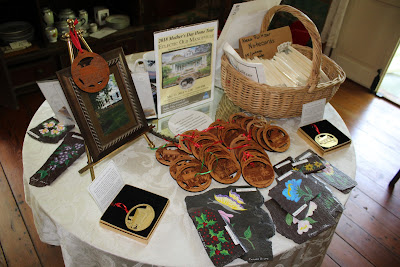 Above is a view of the museum's "gift shop" featuring prints, ornaments, and postcards. 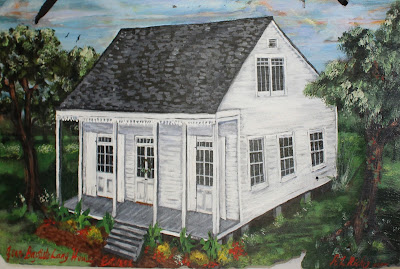 The house has been the subject of several works of art. 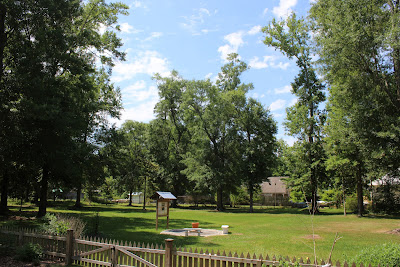 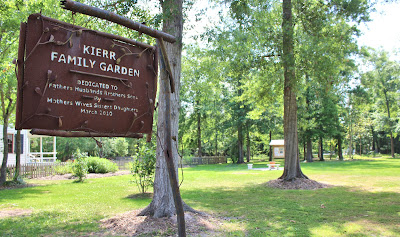 The Lang House museum is available for private parties, weddings and receptions, with proceeds going to its maintenance and upkeep. Funding for the museum is aided by the historical association's sale of tickets for the Home Tour which is held annually.

According to the historic association's website, "The Jean Baptiste Lang House is one of just a few “Anglo-Creole” structures left standing in Old Mandeville. It was completed in 1852 by Jean Baptiste Lang. This home, like many along “Lake Street,” (presently Lakeshore Drive) was a reflection of the wealth generated from the antebellum economy of New Orleans.

"The elite built summer homes, or camps, in Mandeville to escape the busy streets of the city. Therefore as New Orleans thrived, Mandeville thrived. These camps were similar in plan and scale, with a range of three rooms across the front or south side, mirror image “cabinets” situated in the rear corners, and an open “loggia” across the rear-middle.

"The Lang House is full of architectural features, such as the faux bois oak finish, mortise and tenon construction, tongue and groove floors, scarf joints, diagonal braces, Creole mantle with Creole Diamond to name a few. The recent gutting of the interior has exposed a myriad of ancient colors and woodwork. This ‘primitive’ building had a wine cellar, a bath house and wharf, slave quarters, kitchen house, stables, cistern, bead board galore, slate roof, and a double chimney just for the sake of pretense."

It was "Quite a summer home for the times!" the association's website stated.

It was built out of pine and cypress, which was unusual for that time. Originally from Belgium, Jean Baptiste Lang was a bachelor who sold tobacco for a living and lived in the French Quarter in New Orleans most of the time.