Thirty-seven years ago, in 1981, the St. Tammany Parish Government bought the Southern Hotel property in downtown Covington and began renovations on the building for use as an "administrative complex." Renovations took place during 1982 and the building was re-opened for public use in 1983.

The old hotel building was renovated for use as a meeting room for the police jury/parish council, a couple of courtrooms, and offices for a variety of parish agencies.

Here are some pictures of the 1982 renovation work from 36 years ago. Click on the images to make them larger. 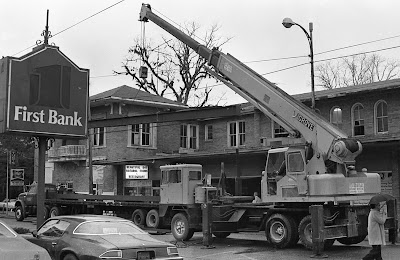 Removing the roof beams of the Dollar Store 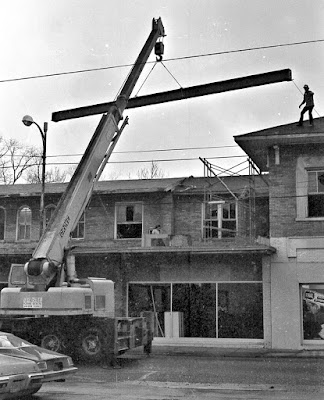 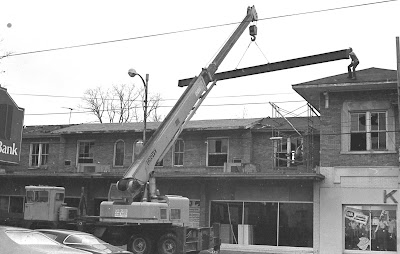 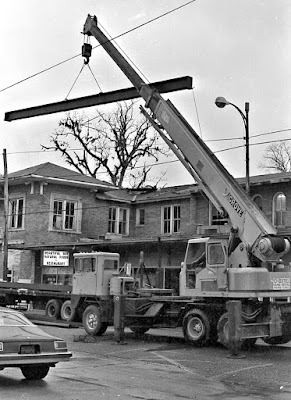 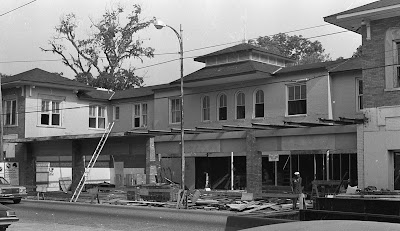 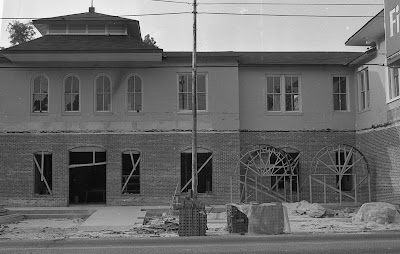 Framing up the brick arches 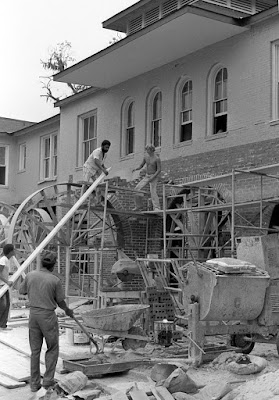 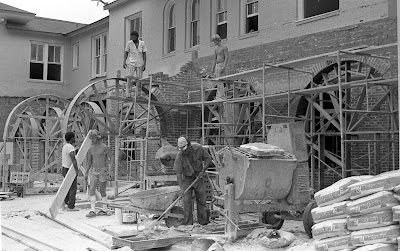 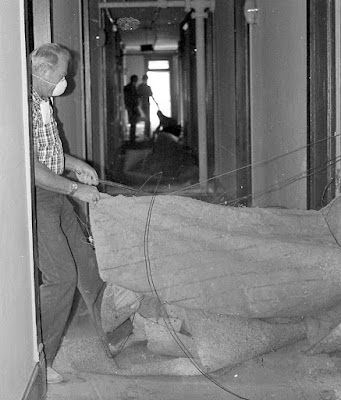 Pulling up the old carpet 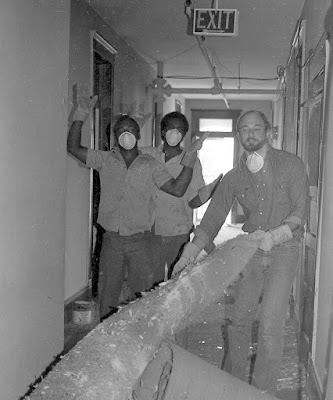 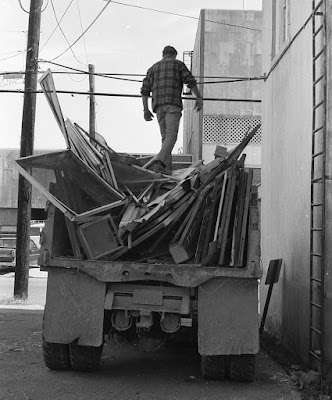 Kent McWilliams Gets A Plaque of Appreciation
Posted by Ron Barthet at 7:42 PM