In November of 2003, a resolution to rename the Slidell Curriculum Center for longtime educator Robert C. Brooks, Jr., was passed by the St. Tammany Parish School Board.  The action was taken to recognize the many contributions of Professor Brooks to the public school system. 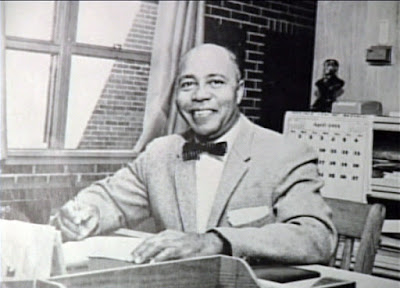 Robert C. Brooks, Jr., began his teaching career in 1932 in north Louisiana, moving to St. Tammany in 1936 to serve as an Agriculture teacher. 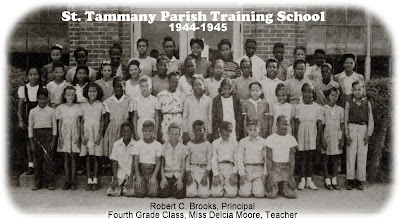 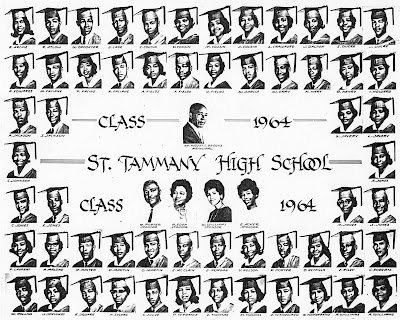 According to a resolution adopted by the School Board, Professor Brooks positively impacted the lives of thousands of children and served as a mentor to hundreds of educators, during his career and after his retirement. "Professor Brooks wisely served the community and School System during his tenure and oversaw the first school accreditation in the School System at the St. Tammany Parish Training School," the school board's resolution stated. "Professor Brooks will be remembered for his dignity, educational leadership, and high standards and expectations for students and educators."


Here are some photographs from the March, 2004, ceremony re-naming the facility. Click on the images to make them larger and more readable. 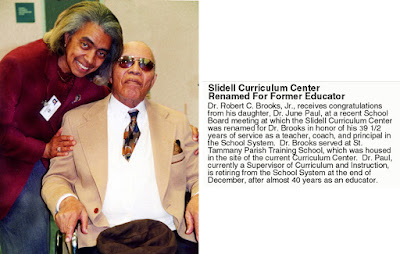 After Hurricane Katrina destroyed the building in 2005 with several feet of flood water, it was decided to rebuild St. Tammany Junior High and the adjacent Robert C. Brooks, Jr. Curriculum Center.  The facility had provided space for several offices, including the Adult Education program and other special classrooms as well as the Slidell Pathways School.

Plans for rebuilding the Robert C. Brooks, Jr. Educational Complex were accepted by the School Board at the May 8, 2008,  Board meeting. At a Committee As A Whole meeting on May 1, 2008, Deputy Superintendent Trey Folse informed the Board that the plans had been well-received by all those who attended the public meeting held  in April.

Mr. Brooks had been told of the rebuilding plans by his daughter, Dr. June Paul, and on April 30, 2008, he passed away at the age of 104, the day before the committee as a whole meeting.

The School Board unanimously approved a $10 million contract in October 2008 after nearly all the funds for the 37,000-plus-square-foot complex were approved by the Federal Emergency Management Agency. 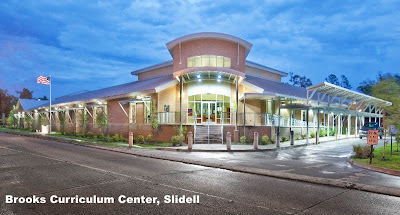 
At the 2010 re-dedication ceremony, Brooks' grandson, Xavier "Skip" Paul, said, "He was a great disciplinarian, and at that time, many kids benefited from the way that he was. He touched a lot of lives in this community. He was a very special person, and I guess you have to be to live 104 years." 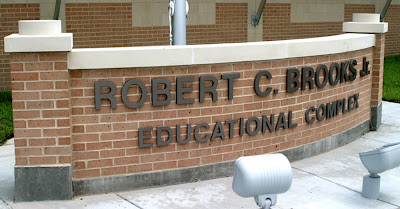 The building, now named the Brooks Educational Complex, was designed by Gasaway, Gasaway and Bankston Architects. According to their website, the structure is "a 37,581 s.f. educational complex comprised of two separate facilities designed to withstand 130 mph winds.

"The main facility houses the Slidell Pathways Curriculum, area talented arts program, and the Options curriculum. The secondary facility houses the Parish’s adult education program and administration, conference room and a large meeting room which will allow the School Board to hold several meetings each year on the east side of the parish. The site amenities include a walking track, green house and full basketball court."

In an effort to be energy efficient, shading devices were designed to reduce solar gain, and the use of LED lighting will also help reduce energy consumption. Floor to ceiling windows allow for ample natural light to penetrate into the spaces reducing energy costs and improve the performance and concentration of the students. The use of adjustable perforated window shades also helps to reduce glare, the architects stated.
Posted by Ron Barthet at 3:00 AM