The Audubon Hotel in Mandeville

For quite a while it was believed that John James Audubon, the famed naturalist and artist specializing in bird paintings, was born in Mandeville.

Catherine B. Dillon in an article in 1951 wrote "No one has ever offered conclusive proof of his birth else­where. In prefaces to his works, the great naturalist refers to the United States as his native land. In the early 1840's, when Audubon, though in his sixties, had a mind as clear as a young man's, a leading New York writer inter­viewed him. A decade later, in 1853, this interview was published in Homes of American Authors, by Putnam. We learn from this article that Audubon was born in Louisiana "the same year the Declara­tion of Independence was made (1776)..." 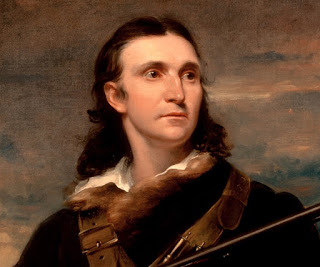 John James Audubon (aka Jean-Jacques Rabin)
Perhaps that is why there was a hotel on the lakefront in Mandeville named after him. Here are some photographs. 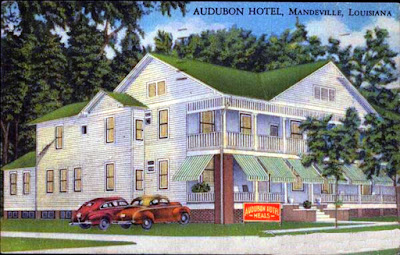 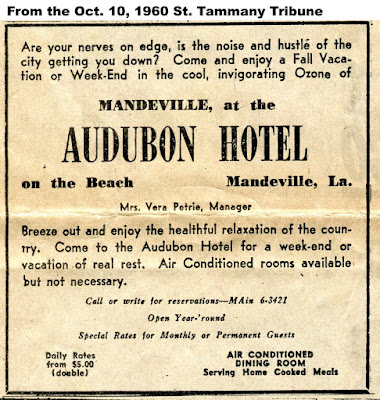 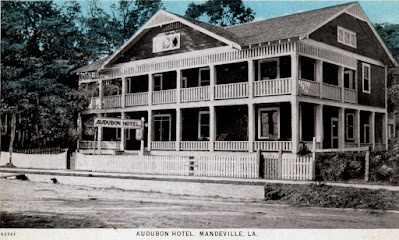 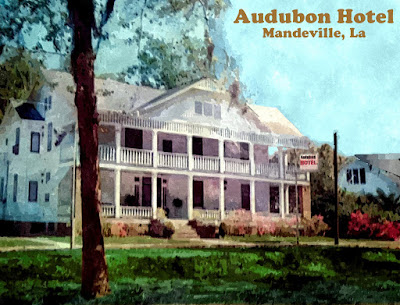 The hotel was closed for several years, but was purchased by a private individual and converted into a private home in 1969. It was destroyed in a tragic fire in 1973. 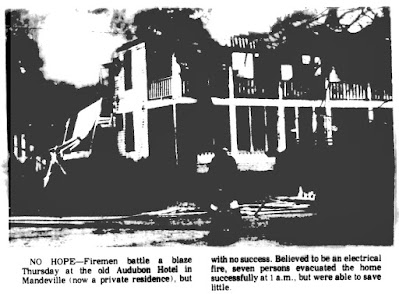 According to Wikipedia, however, Audubon was born in Les Cayes in the French colony of Saint-Domingue (now Haiti) on his father's sugarcane plantation. Wikipedia goes on to state however that he repeatedly lied about the details of his autobiography, including the place and circumstances of his birth, so who knows. 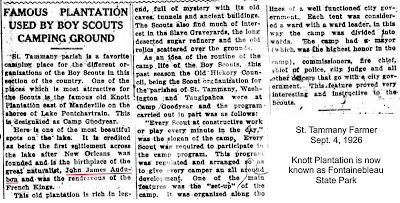