According to  Edward Branly also known as "the NOLA history guy," the railroad bridge was first proposed in 1883 by William Harris Hardy, vice-president of the New Orleans and Northeastern Railroad. It was completed in November of 1884, and he rode the first train across the trestle.

Today, the Norfolk Southern’s Lake Pontchartrain Bridge consists of 180 million pounds of concrete and 102 miles of steel and concrete pilings. It is a major rail thoroughfare of the South, with freight and passenger trains traversing it daily between Slidell and the port of New Orleans.

According to the company's website, maintenance and repair of this stretch of train is a constant job, and putting it back together after Hurricane Katrina was an incredibly daunting task. When the hurricane tore up the track in August of 2005, the company had repair and maintenance crews working around the clock to put it all back together and back in service within just over two weeks.

Click on video "play triangle" above.
"Train tonnage is not the only weight this bridge carries," the train company's website says. "It also bears the extreme Louisiana heat, humidity, wind, salt, water, and sun. The bridge has weathered many storms, including the wrath of Hurricane Katrina in 2005, when teams of our workers rallied in the aftermath to reconstruct the mangled bridge’s track and ballast in an impressive 16 days.

"These extreme climate factors make regular maintenance of the bridge imperative to keep it intact and trains on the track, and ensuring this crucial span’s operability poses a challenge unlike any other bridge on our system."

The company's maintenance team of 65 members recently converged on the bridge to replace over 8,500 railroad ties in just over a week. The overhaul was the first of this magnitude since the post-Katrina rebuild, and the project required all hands on deck.

Replacing the ties in an effort to accommodate train schedules and continue serving customers in a timely manner, daily track time windows were crafted around both Norfolk Southern and Amtrak train runs. There was very little network disruption as a result, said Ron Haines, manager train operations. “It was the perfect scenario for an engineering project to minimize impact on the regular schedule of trains,” he said.

"Because the New Orleans climate is more humid than most places across our network, ties weather more rapidly. To increase tie life on the bridge, NS uses dual-treated ties designed to increase their longevity by up to 10 years. No matter the primary treatment material – copper naphthenate or creosote – the ties also are treated with life-extending borate. “The borate penetrates the center of the tie while the creosote or copper naphthenate protects the shell,” explains John Fleps, AVP maintenance of way and structures.

“What makes Pontchartrain unique is the fact that there's no adjacent walkway and no handrails. You're out on the bridge with water on either side of you for over 5 miles with no way to get around the equipment and personnel ahead of and behind you,” Fleps said. 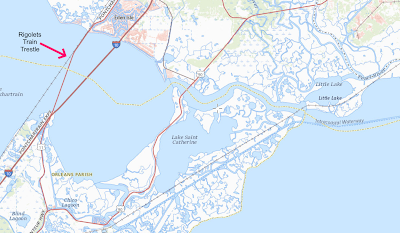 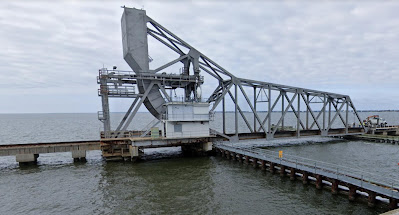 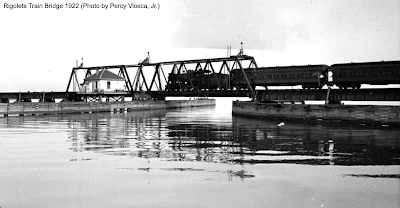 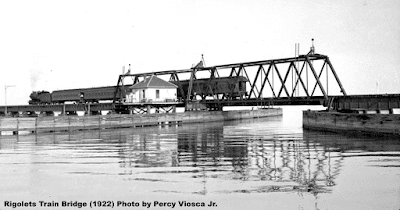 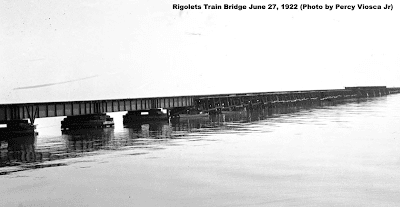