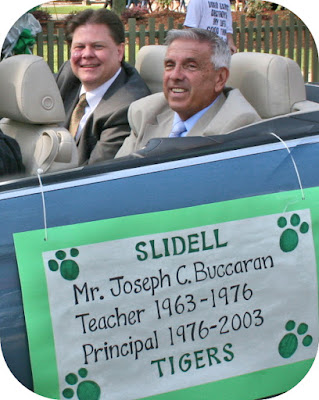 Shown with Superintendent Trey Folse in 2009
Here is an interview with Buccaran that Marian Arrowsmith produced in a 2011 segment from the School System's TV Channel program "Reflections." 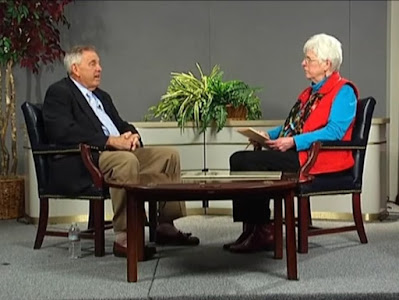 The official SHS crest was designed by Principal Joseph C. Buccaran and is a symbolic representation of the purpose and traditions of the school. 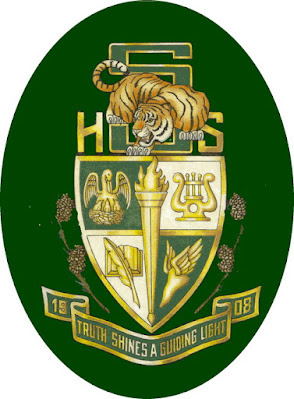