In 2017 former newspaper reporter Pat Chiri wrote a guest column in The Slidell Independent newspaper, and it also appeared in the St. Tammany West newspaper. It told about her memories of the news media in Slidell and the community itself, as a supporter for animal welfare services.

Kevin Chiri, the Independent's editor and her son, noted that Pat Chiri was a 32-year Slidell news reporter when she first started and went on to establish the Animal Assistance League of Slidell.

In her recollections from five years ago, Pat said she never forgets the many years spent in Slidell and Lacombe. She first moved to Slidell in 1969, moved to Florida in 2007 and moved back from Florida to Slidell last year. 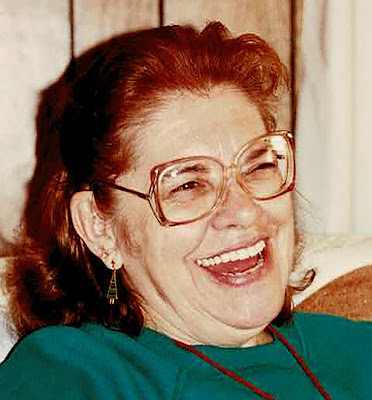 Pat Chiri, longtime Slidell area newspaper reporter
"To many I was that crazy newspaper reporter and photog with the old Slidell Daily Times and Slidell Sentry News, driving wildly to accidents on the old Twin Spans or hurricanes to let everyone know I was rough and ready," she wrote. "Then there were the homicides and other tragedies, local and parish government meetings (always good for excitement), and most of all, my life’s mission, saving all the animals in the world."

She spent almost every day at the Slidell Animal Shelter, her "second home."She also ran the Chiri Critter Care pet sitting service, "but there were too many days shedding tears over man’s inhumanity to his own species, much less animals," she wrote.

When she moved to Florida, she left as Kevin became an editor and publisher with his own newspaper, The Slidell Independent. "Your small town community newspaper is still the backbone for us to carry on setting all things right," she concluded.

To read the entire article she wrote, it may still be available at the following link:

I worked with Pat on some of the same news stories when I was a reporter for the Mandeville Banner and St. Tammany Farmer, and I knew her dedication to her craft as well as to the animal welfare of the dogs and cats (and other four legged creatures) of the Slidell area.

After graduating from St. Cloud High School, she attended the University of Florida before working professionally as a news reporter for the Osceola Sentinel in Kissimmee, then writing for the Slidell Daily Times and the Slidell Sentry-News.

"Pat had a lifelong love of animals and was the founder of the Animal Assistance League of Slidell, besides gaining a following with her weekly pet column in the Slidell newspapers," according to her obituary. She also owned and operated her own small business, “Chiri Critter Care” for many years in the Slidell area. The pet sitting service is now run by her granddaughter Vicky.

Additionally, Pat worked at the Slidell Airport and was a licensed pilot, and spent years as a Reserve Deputy for the St. Tammany Sheriff’s Office.

She will be long remembered by many Slidell citizens for her many contributions to the community.