Well over 100 people attended this year's Veterans Day ceremony in front of the St. Tammany Parish Courthouse in Covington. Robert H. Burns Post No. 16 of the American Legion hosted the event with Commander Joseph P. Untz II serving as Master of Ceremonies. 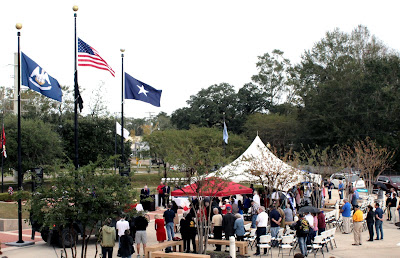 Pastor Waylon Bailey offered the Invocation, and the Covington High JROTC presented the colors. The National Anthem was sung by Katie Allison and the Pledge of Allegiance was led by the American Heritage Girls Troop LA2521. 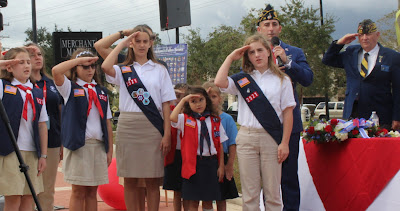 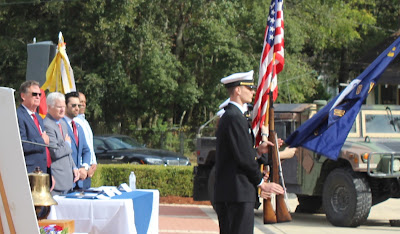 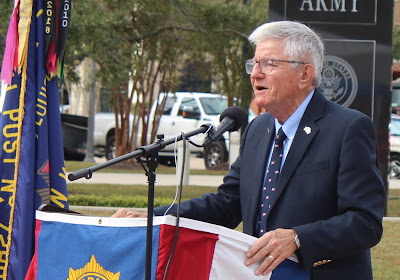 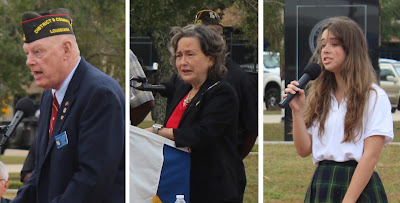 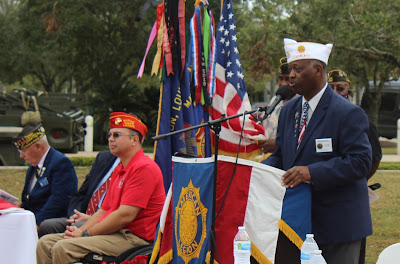 For the first time this year, there was a "Presentation of US Military Working Dog Service Award," given to Service Dog Roxy R682 USMC, led onstage by Gwen Gole. 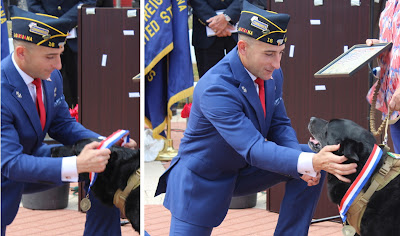 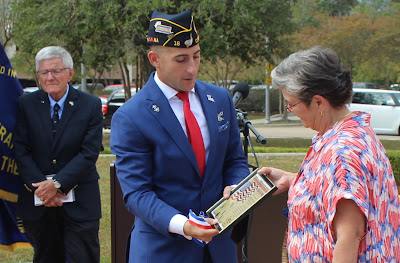 One part of the program featured the placing of red roses and wreaths on the memorial bricks encircling the plaza, and the Ringing of a Bell for those who sacrificed their lives in service to the country. 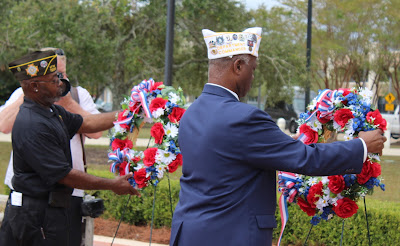 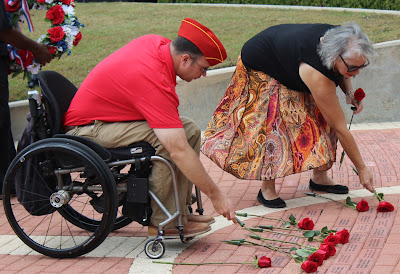 Placing of the memorial brick roses 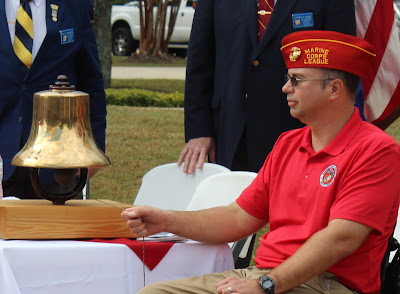 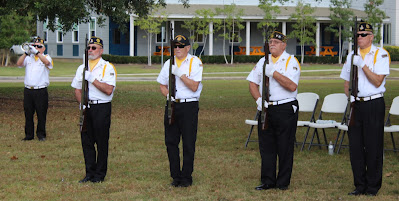 The Benediction was given by Michael Sprague and "God Bless America" was sung by     Katie Allison and Elise Falkenstein.

High winds and a few raindrops challenged the goings-on, but veterans stepped in to steady the tent poles and flag stands and after a few minutes, the program resumed.

In his opening remarks, Commander Untz stated that "the United States has been in Afghanistan and Iraq for 20 years. It is the longest war in the history of the United States.

"We sacrificed much on the battlefield, but we have also achieved a great deal. It is important to note that no matter the reason for us being there, the men and women fighting, fought ultimately for our Country, Our Freedom and Liberties, and for the person to the left and right of them.

"War is hell, you leave your friends and family to travel to distant shores not knowing if that was the last time you will ever get to see them. The days are long, the nights even longer, and every mission you go out on may be your last. It takes great strength and mental fortitude to continue to fight day in day out. You are always on alert; your senses are at their peak and the fear is sometime overwhelming. Yet, you press on doing whatever it takes just to make it back home.

"The time has come, and we are officially pulling out of these war-torn areas, however for the last 20 years veterans have been returning and trying to acclimate back to civilian life. The public has been patient with our involvement, however little light is shed on the troubles our veterans face when trying to make this transition.

"Veteran suicide is at its highest 22 a day and there will be more to come now that our troops are returning.

"We must do a better job in assisting with their transition. They have served our country and it is time we give thanks by serving them with the tools and resources they need to succeed back in society. The wartime soldier has incredibly unique qualities that are an asset to our communities. They are leaders, critical thinkers, diligent workers, and are grounded in the values and principles that built this Nation.

"On behalf of American Legion Post 16 we thank you for joining us here today as we give a humble and proper welcome home to our veterans."

In describing the reason for Veterans Day, the printed program said the following:

In 1921, an unknown World War I American soldier was buried in Arlington National Cemetery. This site, on a hillside overlooking the Potomac River and the city of Washington, D.C., became the focal point of reverence for America's veterans. Memorial gestures began taking place on November 11, giving universal recognition to the celebrated ending of World War I fight at 11 a.m., November 11, 1918 (the 11th hour of the llth day of the 11th month). The day became known as "Armistice Day."

The first celebration using the term Veterans Day occurred in Birmingham, Alabama, in 1947. Raymond Weeks, a World War II veteran, organized "National Veterans Day," which included a parade and other festivities, to honor all veterans. The event was held on November 11, then appointed Armistice Day. Later, U.S. Representative Edward Rees of Kansas proposed a bill that would change Armistice Day to Veterans Day. 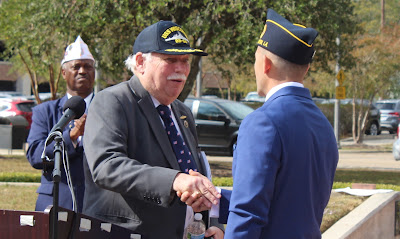 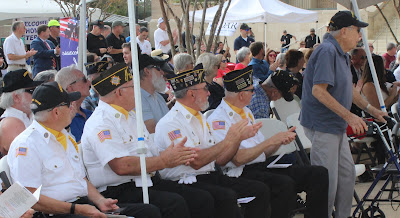 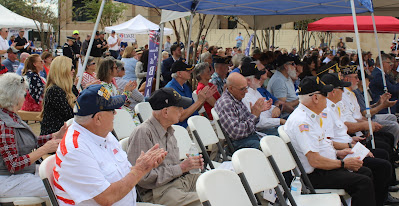 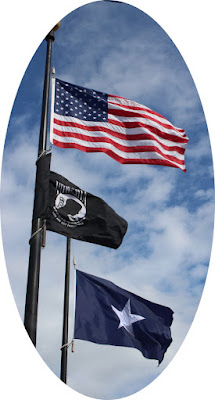 For the first time, a variety of privately-owned military vehicles was on display 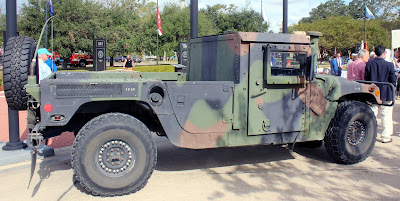 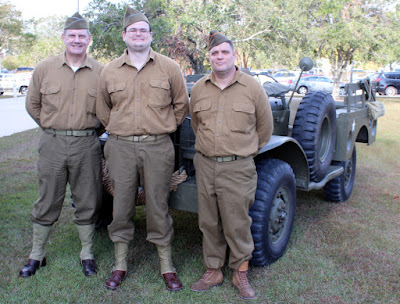 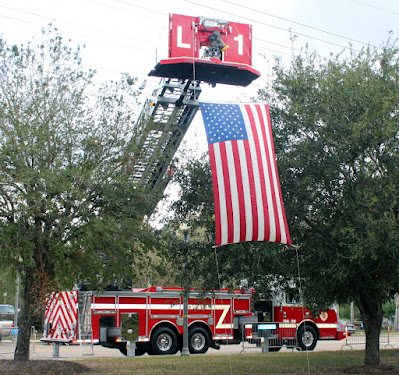 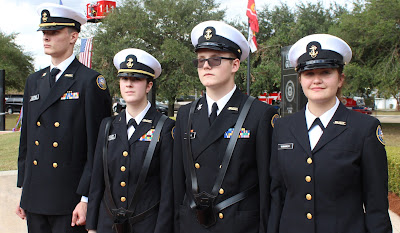 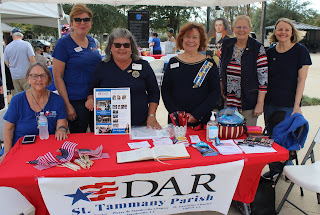 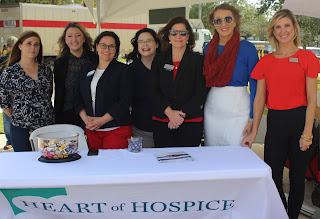 Members of the Heart of Hospice

A large number of memorial bricks encircle the plaza in front of the courthouse, and a "Brick Registry" is available to help loved ones locate the memorial brick for specific individuals.
Welcome Home Mighty Soldier

20 years of war, how did we end up here
Our Nation was attacked, Our Countrymen filled with fear
An order given to set it all in motion
Our troops readied and set sail across the ocean

Battles fought, lives lost, keep fighting we must continue
Searching for weapons of mass destruction
A terrorist life, we have to bring an end to
10 years later our mission is complete
Cheers ring out, People dancing in the street

Orders changed, 10 more years will ensue
Hearts and minds have to be won, before our mission is through
Battered, beaten, broken, torn up inside
Still the look upon your face, filled with American Pride

Two Thousand twenty-one, Mission over time to pull out
Battles fought, Lives lost, War is Hell
'Til the next time your Country calls