Charoppin Park was a very popular beach and park area on the Bogue Falaya River, located at the southern end of Lee Lane in Covington. Lee Lane at that time was named Kemper Street. 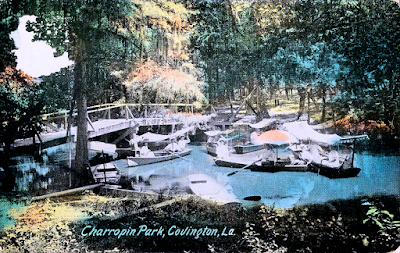 In the late 1800's, a large house at the location offered room and board to summertime visitors. It was called the Crystal Springs House. 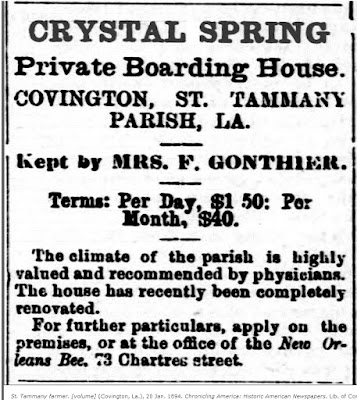 According to Historian Steve Ellis, the park was created by E. L. Charropin in 1902 when he bought the Crystal Springs Hotel from the Gonthier family. The original name of the area was Crystal Springs Park. It was very popular, but had to be closed to the public sometimes due to vandals. 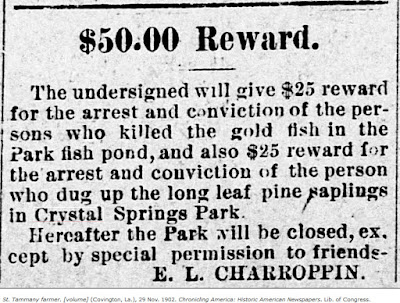 Mr. Charropin built a house of his own in 1903. The popular riverside beach resort continued to be a favorite swimming and recreational spot into the 1960's. 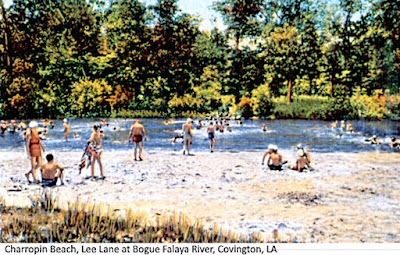 Area residents remember that the sand on the beach was a brilliant white, and the park was beautiful and peaceful. Local people would go there for fishing and boating, and several postcards were published featuring the facility. In the 1940's they began charging a fee for swimming to help pay for a lifeguard on duty. There was also a bathhouse and a pavilion at one time, as well as row boats available.

Young people would gather there on the weekends, enjoying the swinging rope tied to one of the trees and the crunchy white sand. The park also featured a lagoon and an inlet from the river crossed by a footbridge that led to the beach.

Below are photos from a 1926 Times Picayune article.
Click on the images to make them larger. 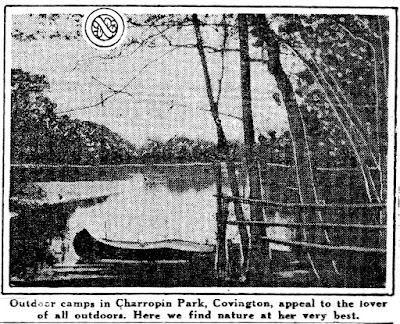 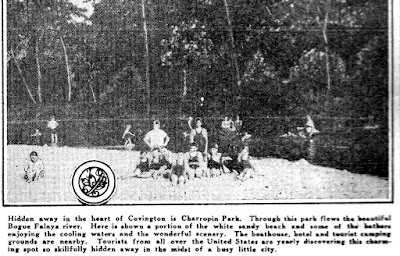 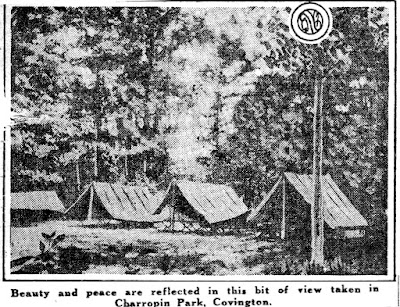 An aerial view of the former Charropin Beach area. 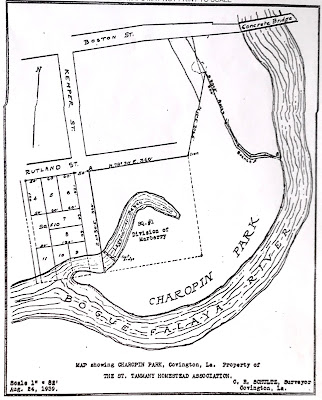 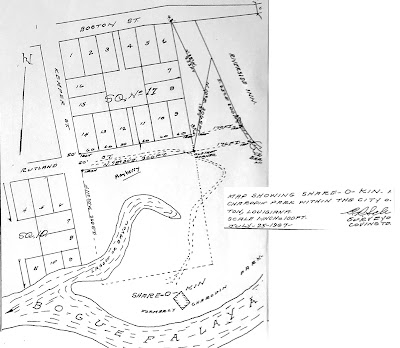 A 1967 Survey Map of the Charropin Park area, where the name had been changed to "Share-O-Kin" Park