The memory of Bobby Fletcher Sr. and his work with the LSU Cooperative Extension Service lives on in the hearts of thousands of young people who grew up in rural St. Tammany Parish, raising and showing livestock. His work, on the parish, district and state level was recognized across the years.

He was honored several years ago by having the livestock showbarn at the St. Tammany Parish Fairgrounds in Covington named after him. Here is the brick landmark with his memorial plaque. 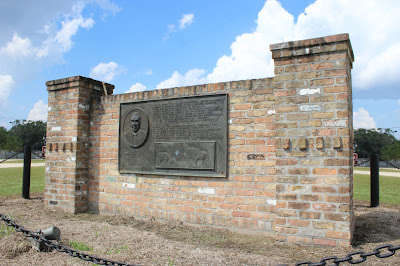 The text on the plaque reads: The Dr. Bobby Fletcher Sr. Agricultural Center is named in honor of Bobby Fletcher. He was a beloved husband, father, grandfather and friend to thousands. He was champion to numerous young people due to their association with him through the 4-H Extension Services of  Louisiana State University. He served as county agent, livestock agent, and district administrator throughout his career. Dr. Fletcher worked tirelessly assisting youngsters to purchase, groom, and show livestock, especially sheep. 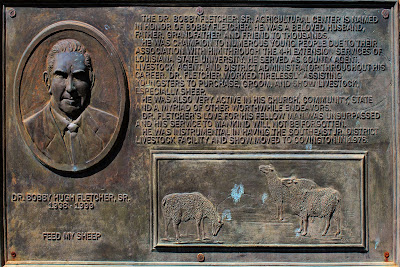 He was also very active in his church, community, state and a myriad of other worthwhile endeavors. Dr. Fletcher's love for his fellow man was unsurpassed and his service to mankind will not be forgotten. He was instrumental in having the Southeast Junior District Livestock Facility and Show moved to Covington in 1976.  Dr. Fletcher also served on the Southeast District Livestock Show Committee and on the Louisiana 4-H Foundation Board. 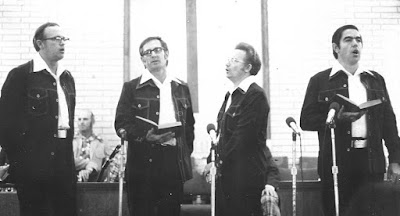 Below is some additional information supplied by Lyn Monteleone, who worked in the LSU Co-operative Extension Office in the 1970's:

Dr. Bobby Fletcher, Sr., was born in 1938 in Logansport, LA, where he spent most of his younger years there.  His family was involved in several businesses including a grocery store and a cattle operation.  He used to deliver groceries to many homes using a small scooter and sidecar, thus developing a diligent work ethic at an early age.

He graduated from Logansport High School and enrolled at LSU in Baton Rouge where he lived and worked at the campus dairy.  He developed rheumatic fever as a freshman and he had to leave LSU to recover at home.  After recovering at home for several months he was well enough to be enrolled at Stephen F. Austin University in Nacogdoches, Texas in Agriculture Education.  To help pay his bills he worked as a butcher at the local Piggly Wiggly and taught bowling at the local bowling alley.

He met his future wife Barbara at Stephen F. Austin, and they were married in 1960.  After graduating from Stephen F. Austin, he returned to Logansport and worked in the family car dealership until he accepted a position with the Louisiana Cooperative Extension Service in Bossier parish in 1965 as the 4-H Agent. 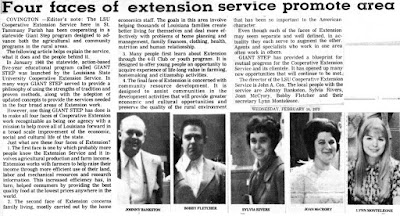 He came to St. Tammany Parish in November 1969 to work with the Extension Office as one of the 4-H Agents. Bobby Fletcher truly enjoyed his job with the 4-H, his distinctive voice would catch the attention of the students as he attended 4-H meetings in the schools, conducted workshops on animal grooming, sheep shearing, showmanship techniques, etc. 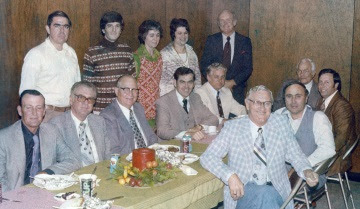 Whenever and wherever students were involved with showing their animals, he would be there offering his help and expertise.  He was promoted to Area Livestock agent in St. Tammany-Washington Parishes in 1973.  He felt so strongly about the livestock program here that he worked very hard to convince the parish, state and LSU that there needed to be a livestock show facility here in St. Tammany Parish. He accomplished that dream in 1976 when the Livestock Show Facility was built on the parish fairgrounds.  This gave the students of St. Tammany Parish a place to show their animals on the Parish level.

He was often seen/heard on the floor of the sale barn assisting the auctioneer at the livestock sale with his loud boisterous “YEAH” when someone offered a bid on an animal at the sale.  This facility is also used for the Southeast District Livestock Show.

Fletcher was promoted to District Agent in 1976, the position he held until his untimely death in 1999.  He was inducted into the Louisiana 4-H Hall of Fame, posthumously, in 2008.

Even though his area of expertise was in livestock and not horticulture, he knew many of the nurserymen who had children who were in 4-H and also raised and showed livestock  The nurserymen and the Master Gardeners organizations wanted to do something in his honor, so they developed a scholarship and started their annual plant sale as a fund raiser for the scholarship.

The plant sale was first held in Folsom at Magnolia Park, but was moved to the Agriculture Center, since it could be held there without the worry of rain.  As district agent he strongly supported the Master Gardener program, and the local organization feels he would be proud that the plant sale benefits students from St. Tammany Parish schools that are planning to seek a career in a field of Agriculture.

The Dr. Bobby Fletcher Sr. Memorial Scholarship Fund is open to any high school senior graduating from a public or private high school in St. Tammany Parish who plans to major in agriculture at a Louisiana state college. It provides a one-time $1,000 scholarship award. The form is available at the LSU AgCenter or online at slidellhigh.stpsb.org/documents/guidance/bfletcher_scholarship.pdf 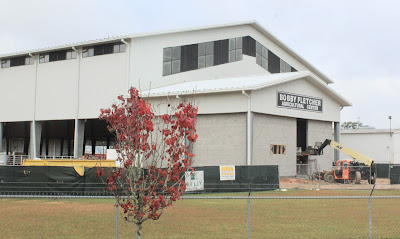