The History of the Covington Grocery & Grain Company

The Covington Grocery & Grain Company was established in 1901 and soon grew into a major regional vendor with several branches in two states. It is a tremendous success story, made even more so by the fact that its founder, Ernest J. Domergue was a native of New Orleans, and came to Covington as a result of having fallen victim to the "yellow fever."

He recovered and eventually worked his way up in the business world as one of Covington's most successful entrepreneurs. 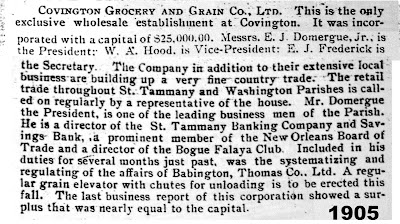 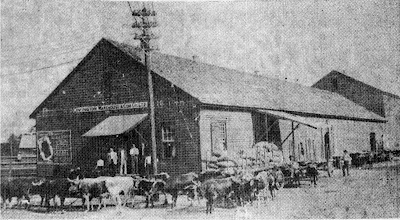 This is a 1915 picture of the Covington Warehouse & Commission, Co., Ltd., also known as Covington Grocery & Grain Co. It was located on the corner of New Hampshire and North Theard Streets. The man standing at right is Willis Williams, the father of Paul Williams of Lee Road.

Below is a report printed in the March 15, 1919, edition of the St. Tammany Farmer which detailed its phenomenal growth and dividends.

HISTORY OF THE COMPANY

"It is with pride that we point to the history of the Covington Grocery & Grain Company, Ltd., because it has not only been constructive in the sense of its personal business achievement, but has been progressive and influential in the extension and advancement of agricultural interests and uplift movements. 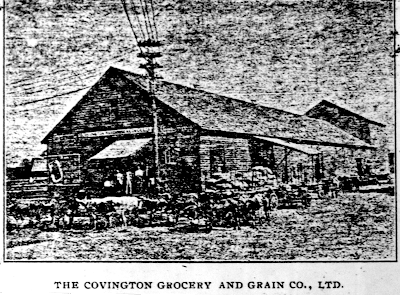 "Along with the growth of the business the establishment of new branches has been accomplished by the adoption of modern improvements in new buildings for safe storage and quick handling of products and for the protection from fire.  The mother institution at Covington has been distanced by the rapid growth of business at Slidell, La., which now exceeds that of any of its branches. 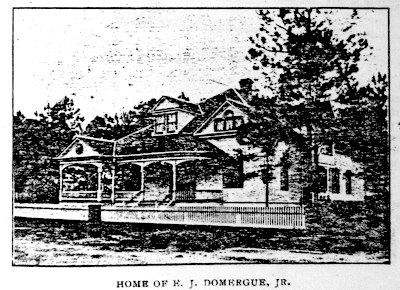 "Owing to the operation of the company, the handling of wholesale groceries, etc., the name was appropriately changed to the Covington Grocery & Grain Co., Ltd., September 12, 1904. It being found that there were still greater opportunities of extending the business by the establishing of branch houses in other sections, July 11,1907, the charter was amended so as to allow the Company to reach out for business offered by an extended field. This resulted in the establishment of the Slidell branch in the same year, the Bogalusa branch in 1913, the Tylertown, Miss., branch in 1914, the Columbia, Miss., branch in 1915, Laurel Branch in 1918, Franklinton branch in 1918, with preparation for a branch in New Orleans and Hattiesburg.

"The Company is rapidly becoming one of the most important institutions of the kind in the State. Its combined sales, ending fiscal year December 31, 1918, are approximately three millions.

"Thirty-three semi-annual dividends, ranging from 5 to 10 per cent, have been paid during the Company's existence, and the prospects are very bright for future increase of business.

"Realizing that large quantities of feedstuffs were being imported that might be profitably grown at home, the Company has urged and encouraged the growing of these crops and the adoption and use of improved machinery and modern methods of cultivation. To offer facilities for the marketing and handling of home grown feeds and produce, it has anticipated putting up elevators. This will not only give opportunities to the home farmer but will facilitate prompt deliveries and the general service of the Company.

In a 1922 book called "The History of New Orleans," the author John Smith Kendall noted the following:

Ernest J. Domergue, a native of New Orleans, laid the foundation of his successful career in commerce and finance at Covington, Louisiana, and quite recently returned to his native city, where he is president and directing head of one of the largest wholesale corporations in the South, the Interstate Wholesale Grocers, Incorporated.

Mr. Domergue was born at New Orleans in 1873, son of Ernest J. and Angel (Abadie) Domergue. His father was born in Paris, while his mother was a native of Northern France. Ernest J. Domergue acquired his public school education at New Orleans, and left that city in 1885, during the yellow fever epidemic. He was stricken with that disease, but subsequently entirely recovered his health at Covington.

He then remained at Covington, where he began his business career as clerk in a store, later became a broker, and in 1900 organized the Covington Grocery & Grain Company, a wholesale concern. He developed that to a highly prosperous organization, and gradually acquired interests in other wholesale grocery houses, and in order to be at the center of the work of commercial concerns of which he is the head he returned to New Orleans in 1920 to make his home.

Mr. Domergue with his own extensive interests and in association with others organized the Interstate Wholesale Grocery Company, Incor­porated, and has since been its president. This corporation has two million dollars capital, and is one of the largest, if not the largest, whole­sale grocery concern in the South. 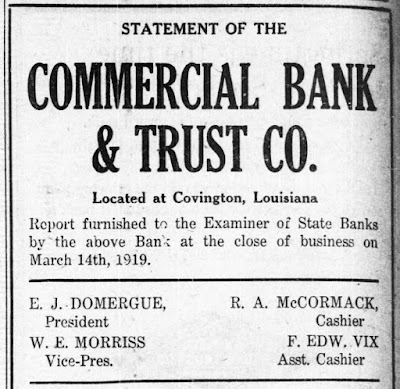 He was also president of the local bank.

With headquarters at New Orleans, the corporation operates eleven wholesale grocery houses, first among which is Mr. Domergue's individual business, the Covington Grocery & Grain Company, which he organized in 1900.

Mr. Domergue is also president of the Commercial Bank & Trust Company of Covington, and a director of the Bank of Slidell. He is a member of the New Orleans Association of Commerce, Southern Yacht Club, and is a thirty-second degree Scottish Rite Mason and Shriner. He married Miss Belle Warren of Covington. Their four children are C. R. Domergue, C. O. Domergue, Irma and Leo. 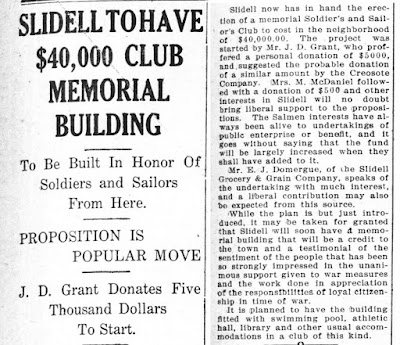 Financial Statements Over the Years 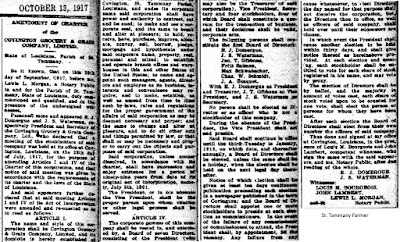 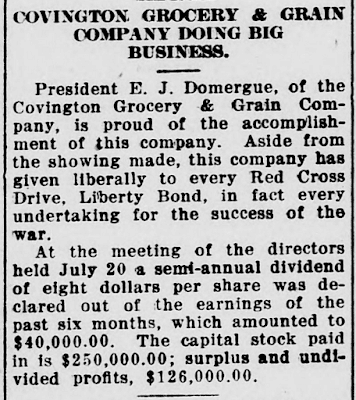 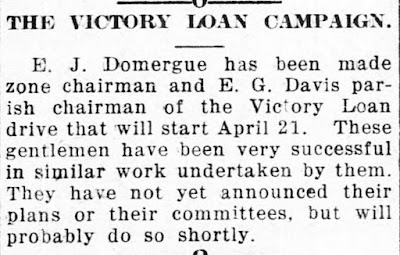 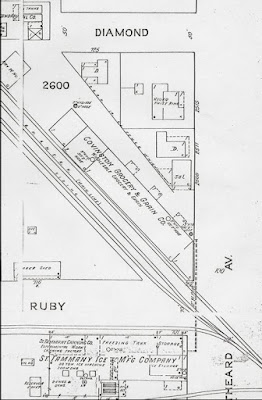 Where it was located, on Theard near the new courthouse 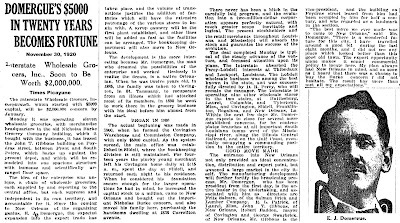