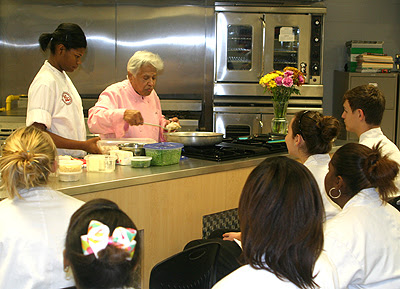 A native of Madisonville, Mrs. Chase moved to New Orleans to attend school when she was 14 years old. She returned to Madisonville for a time after she graduated, but spent most of her life in New Orleans. She died on June 1, 2019, at the age of 96 years. 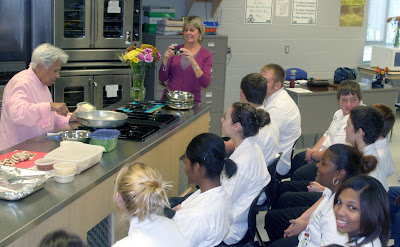 At Lakeshore High in 2010, Chase prepared one of her favorite dishes, Shrimp Clemenceau, for the first year Pro-Start students, giving them suggestions on how best to use garlic, salt, butter, and other ingredients. 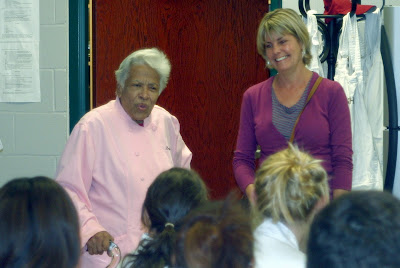 Lakeshore High Family and Consumer Science Instructor Judy Achary welcomed Mrs. Chase to her classroom, and she was also greeted by Chef Jan Rost with the Northshore Technical College and the American Culinary Federation New Orleans. 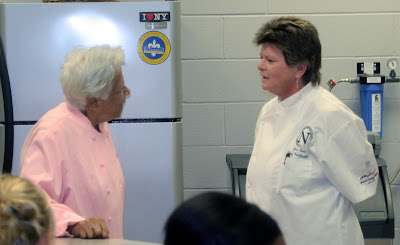 Mrs. Chase said Lakeshore High School was a beautiful school, and she was pleased to visit the new culinary arts classroom. “Learning how to cook can be a back up career, no matter whether you go to law school or medical school,” she told the students. “Everybody needs to eat, so if you can cook, you can always get a job.” 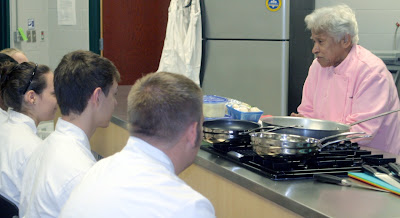 Her presentation sparkled with personal anecdotes, kitchen hints, and tips on how to break into a professional cooking career. “First you have to get in the door,” she said. 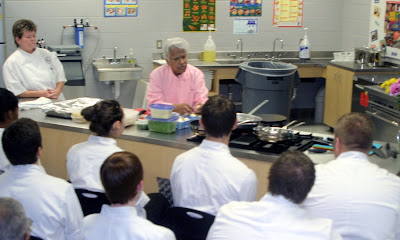 “It used to be if you looked good, you were more likely to get in the door, and then you had the chance to show them what you could do in the kitchen. Nowadays you have so many opportunities, you’ve got people helping you get in the door.” 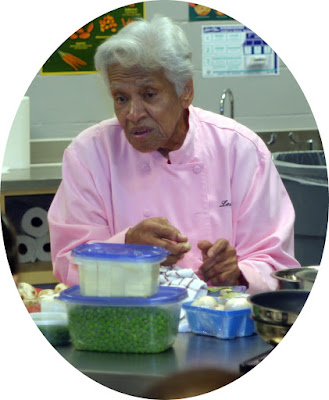 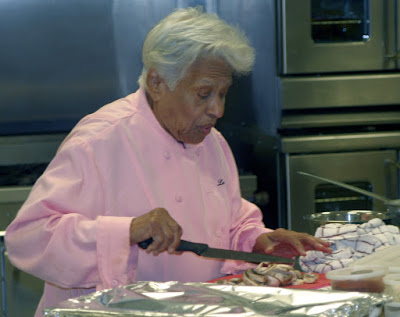 Among other topics, Mrs. Chase gave pointers on how to take care of kitchenware, saying the longer it lasted, the more money one had to buy other pieces of equipment. 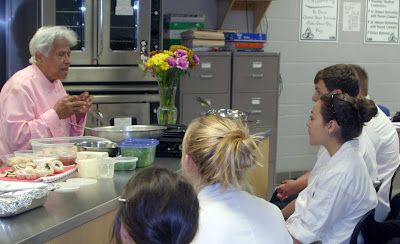 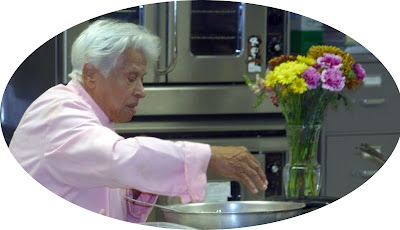 "Also, macaroni and cheese, you should only eat macaroni and cheese once a week. You must learn how to eat in moderation, and if you do, you will be able to eat a long time,” she said. “I’ve been eating 87 years, and I’m looking forward to eating another 10 years.”

“Food is too good to deprive yourself of it,” she went on to say. “Enjoy it, but have it in moderation.” 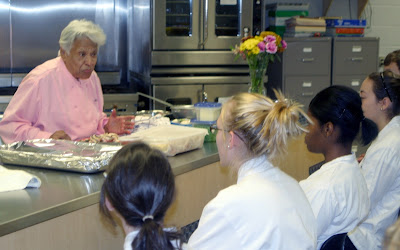 
After high school, she worked in the Colonial Restaurant in the French Quarter and in 1945, she married musician Edgar "Dooky" Chase II, whose parents owned the Dooky Chase Restaurant. She began working at the restaurant during the 1950s and, over time, her family's Creole recipes began to fill the menu.


The restaurant was flooded during Hurricane Katrina, and she lost the stove that she had been cooking on for decades. She was given a new stove by a restaurant equipment supply company, and her old one is now on display in the Southbend museum, she said. 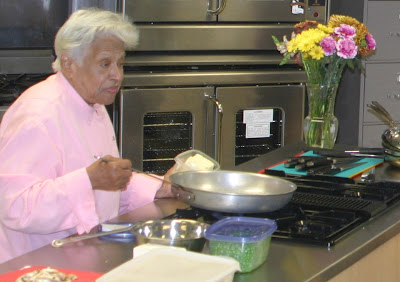 Mrs. Achary said of Mrs. Chase’s school visit that it was exciting for the students.  “Who better to learn about Creole Cuisine from than Chef Leah Chase.  She not only cooked delicious Shrimp Clemenceau for the students, but gave them a dose of life advice. What a wonderful opportunity for our ProStart students.  Leah Chase was quite a lady!”

In 2015  Leah Chase received the first ever special "Native Son" award from the St. Tammany Parish President's Arts Awards program. She was commended for her New Orleans’ Creole cuisine.

"Her reputation as executive chef at Dooky Chase’s Restaurant in New Orleans is legendary, and she’s won accolades around the world," the arts award presentation stated. Much of what she knew about cooking was learned from her family in Madisonville, it was said.

According to an article written by Sharon Edwards and published in the New Orleans Advocate on January 29, 2015, Chase grew up in the Lange family home in Madisonville, near Bayou De Zaire and Madisonville Junior High. She was one of 14 children of Charles and Hortensia Lange, and she recalled that her father worked at Jahncke Shipyards caulking wooden ships being built there.

She and her siblings would pick strawberries on the family's 15 acre farm, but they also grew greens, okra, onions, string beans, bell pepper, potatoes and eggplants. From time to time the family would dine on rabbit and fish. “We were poor, but I don’t think we knew we were poor. We went on living and enjoying it,” she said, according to quotes in the Advocate article.

Her childhood memories included watching boat races on the Tchefuncte River and attending St. Francis Catholic School in Madisonville. The Advocate article went on to note her as saying that growing up in the small town was good. 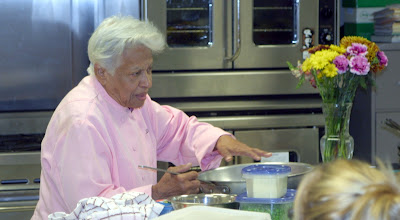