In 1844, Mandeville had its own college. According to an article in the Daily Picayune May 30th issue of that year, the college offered a number of advantages over similar schools in New Orleans, south of the lake.

Here is the wording of an announcement about the college being established in the community.

The attention of parents and guardians is respectfully solicited to this institution, lately established in the town of Mandeville, on Lake Pontchartrain.

Mandeville is situated in the Parish of St. Tammany, within two hours ride of New Orleans. It is free from all epidemic diseases; bordered by a lake which wafts over the place an uninterrupted breeze, and which will serve the pupils as a salutary bath.

It is located far from the bustle of a large city and its concomitant pernicious effects; provided with three elegantly constructed edifices, 500 feet in length and surrounded by delightful gardens and orchards, it combines all the requisites for the promotion of that physical development and bodily health without which the best talent would lie dormant and become a burden to its possessor.

The physical education of young men has hitherto been too much neglected. It is the object of this institution to combine physical and intellectual education. Such being the plan of the college, it is believed that the State of Louisiana does not offer a more suitable spot for its location than Mandeville.

The instructing body of the college is composed as follows:

Lewis Elkin (late principal of the Orleans High School and formerly of Jefferson College) is principal and professor of mathematics.

Felix Perrin (late of Paris) professor of French and History.

The boarding establishment is under the charge of Mrs. Macauly.

(Article transcript from the State Library of Louisiana)
http://www.state.lib.la.us 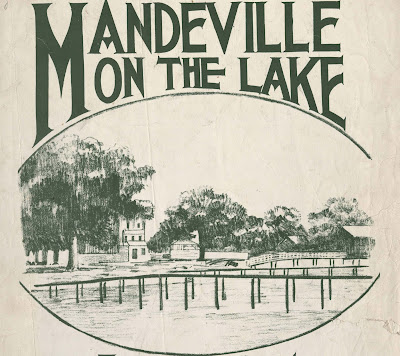