There was a great celebration when the road was completed, as it gave residents and visitors another access to the shore of Lake Pontchartrain. That area would later become Eden Isles and Interstate 10 was going to slice through the landscape and divide Howze Beach Road into two parts.

Here's the newspaper article about the completion of the road. Click on the image to make it larger and more readable. 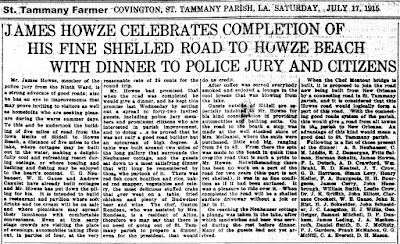 This is a 1952 aerial photo of south Slidell, showing the course of Howze Beach Road in red. 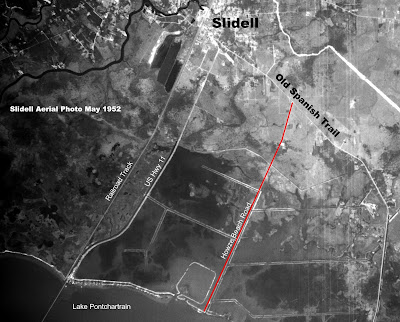 Thirteen years later, in this 1965 aerial photo, it shows how the wide right of way of Interstate 10 came through and divided Howze's Road into two parts. 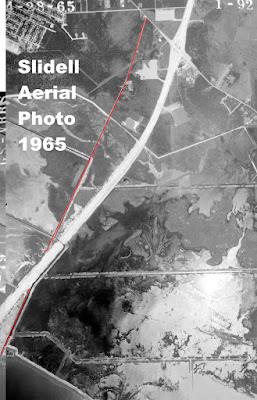 In this 1936 topo map Howze Beach Road is identified as La State Hwy 1076. There is a pumping station at the end of the road next to the "Grand Lagoon." 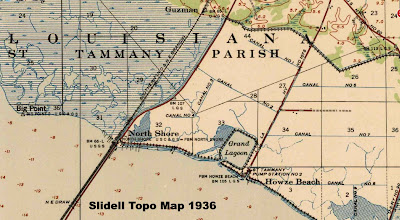 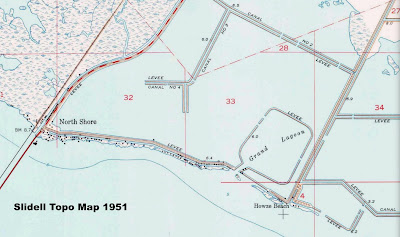 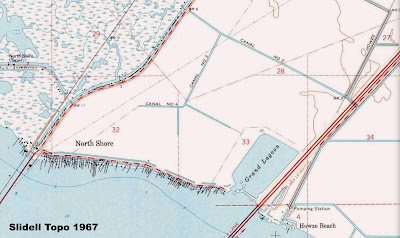 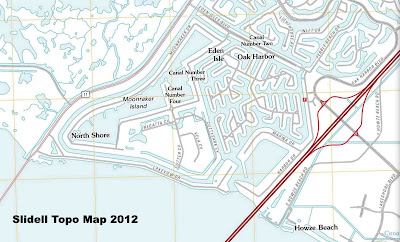 A large portion of Howze Beach Road was erased when Eden Isles put in its own road system and used different names for the new streets.

Over on Facebook many longtime residents remember visiting people who lived on Howze Beach Road, especially recalling how the road had potholes big enough to bury a Volkswagen.

There was a pumping station on the end of the road, across from "Grand Lagoon." The road went from Old Spanish Trail southward through what is now Eden Isles. When Interstate 10 was built, it cut across the road near the lake. The pumping station was removed about ten years ago, it was said.

Some folks remember there was a fish hatchery down that road when they were young. When heavy rains came, the tanks would sometimes overflow, and people remember going down to catch the fish that escaped.